Jennie Kim, one fourth of the K-pop supergroup BLACKPINK, is known for her electrifying stage presence and the overflowing confidence she exudes on the covers of Harper’s Bazaar, W Magazine and more glossies in her native South Korea. But, these days, the 22-year-old singer-rapper — known mononymously to the girl group’s legions of fans, affectionately called “Blinks” — is feeling decidedly humble.

Jennie recently broke out on her own, a venture that she has found both intimidating and rewarding. On Nov. 12, following weeks of anticipation fueled by teases on social media, she became the first BLACKPINK member to drop a solo single, aptly titled “SOLO,” a sparkling hip-pop paean to one’s self-sufficiency. Though she was initially nervous about releasing music without her bandmates — Rosé, Lisa and Jisoo — Jennie soon discovered she was capable of carrying her own weight. 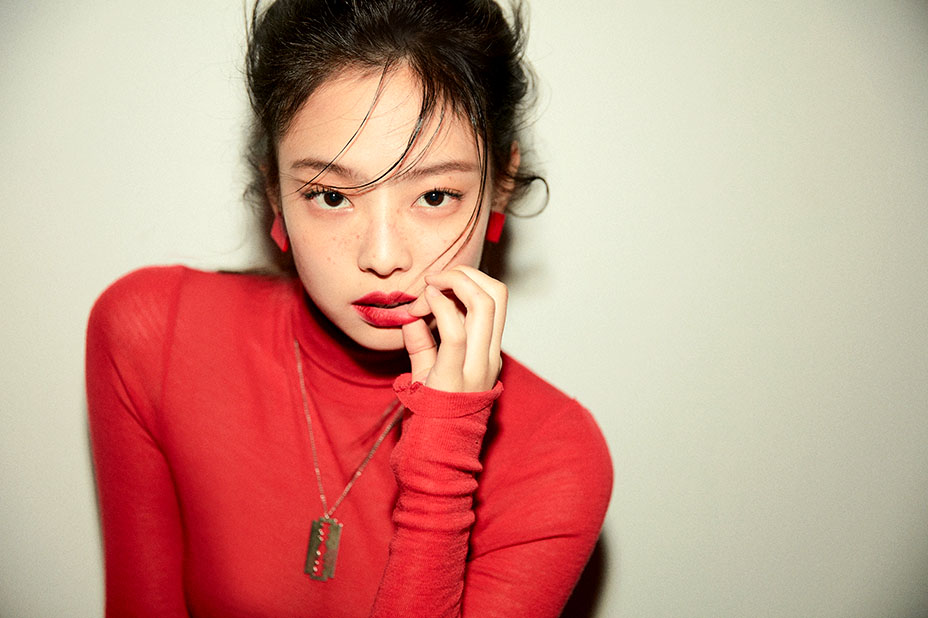 “SOLO” made a triumphant entry at No. 3 on Billboard‘s World Digital Song Sales chart, and just last week, the girl-power anthem took the No. 1 spot. According to Nielsen Music, the track has sold 10,000 downloads in the U.S. as of Nov. 29 and has registered more than 5 million on-demand streams since its release. Additionally, its accompanying fashion-filled music video — which tells the story of a young woman reveling in her newfound freedom after the dissolution of a toxic relationship — has reached 100 million views on YouTube in less than a month.

“It really means a lot to me,” Jennie, who was born in Seoul but spent her formative years in New Zealand, tells The Hollywood Reporter of the “unconditional love and support” she has received for her efforts.

The Chanel brand ambassador — beloved by Blinks for her soaring vocals, brazen rap verses and impeccable style — has even made history as the first solo female K-pop act to top the World Digital Song Sales chart as a lead artist, a feat she is still trying to process. “I am so grateful,” she reflects. “I couldn’t believe it when I first heard the news.”

But, by now, Jennie should be used to breaking records. Thanks to unprecedented commercial success in the U.S., her group, BLACKPINK, is largely responsible for launching K-pop into the nation’s collective consciousness this year. Jennie, Rosé, Lisa and Jisoo currently hold the title as the highest-charting female K-pop act on the Billboard Hot 100, peaking at No. 55 with their worldwide monster hit “Ddu-Du Ddu-Du,” and at No. 40 on the Billboard 200 albums chart with their sophomore EP, Square Up, both of which were released in June.

The colorful, choreography-heavy visual for “Ddu-Du Ddu-Du” previously set the record this summer as the most-viewed Korean music video within a 24-hour period on YouTube, garnering a staggering 36.2 million views. To date, it holds fifth place among all genres, only falling behind BLACKPINK’s K-pop counterpart, boy band BTS (whose “Idol” music video amassed 45 million views in one day), and American powerhouses Eminem, Taylor Swift and Ariana Grande who also set records with their respective clips for “Killshot,” “Look What You Made Me Do” and “Thank U, Next.”

Needless to say, BLACKPINK is in good company. And despite Jennie stepping out solo, her group’s popularity is increasing at an exponential rate not only in Asia but across the Pacific. Helping is the fact that their record label, YG Entertainment — the K-pop behemoth behind Psy, CL, Big Bang and more acts who have experienced international success — is letting BLACKPINK rewrite the girl group narrative by encouraging each member to pursue independent projects that serve as extensions to the band’s glittering discography, already full of gems like “Whistle,” “Stay,” “Forever Young” and the aforementioned “Ddu-Du Ddu-Du.” 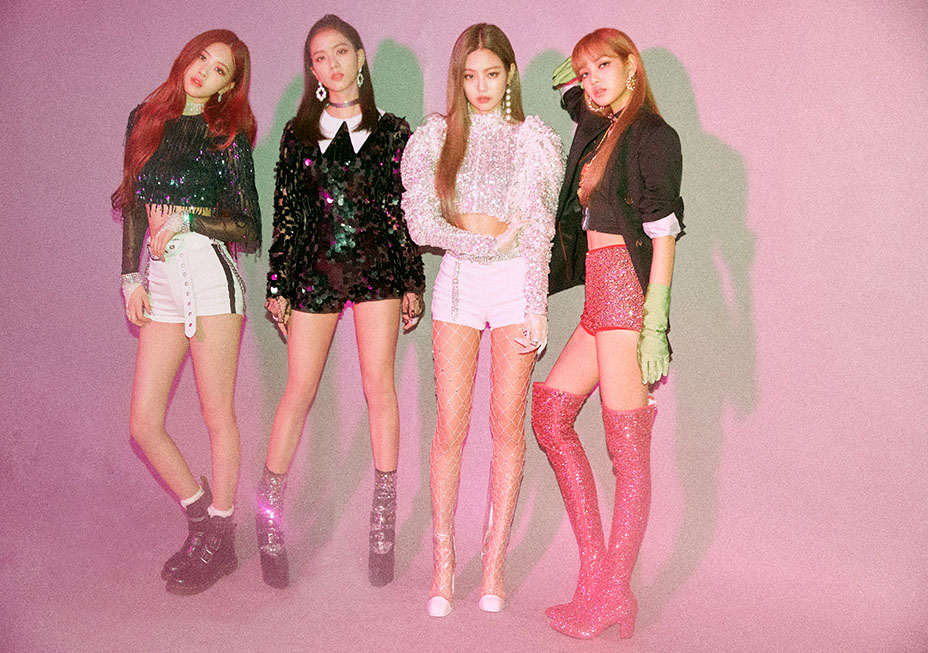 YG CEO Yang Hyun-suk revealed in October that solo projects from each member will continue to roll out, with Rosé’s up next, although release dates for each have yet to be confirmed. In the meantime, the celebrated quartet is actively making a play for global domination with their latest hit, “Kiss and Make Up,” a bilingual collab with radio darling Dua Lipa. The pulsating, electro-pop banger — which entered the UK Singles Chart at No. 36 — marks the first time a K-pop girl group has cracked the British top 40, and has become BLACKPINK’s second single to make its way onto the States’ Hot 100 at No. 93.

While simultaneously pushing BLACKPINK’s agenda, YG’s support of solo endeavors can hopefully curtail the fate that typically befalls girl groups when a member so much as expresses a desire to make music on her own. Jennie tells THR that she believes YG’s pioneering blueprint has the potential to extend BLACKPINK’s lifespan beyond the three-album trajectory that is archetypal for most Western girl groups — such as Fifth Harmony, Danity Kane and the Spice Girls, all of whom disbanded or took indefinite hiatuses during their prime.

“I think by having solo projects, it allows us to expand our music range. There’s a type of music and concept we can do as a group and do as solo artists,” says Jennie, who made her debut with the foursome in August 2016 after years of training. “I think by working on both of these projects our audience can get a fuller sense of us as artists, so I hope it benefits us both ways.”

Below, Jennie opens up more to THR about going “SOLO,” having her bandmates’ support and BLACKPINK’s plans to conquer America.

Did you feel any pressure being the first member of BLACKPINK to release a solo project?

Well, I think it would be a lie if I say there wasn’t any pressure. But I try to enjoy all [of] the process and I’m so grateful and so thankful for all the love that “SOLO” is receiving. It’s just unbelievable. Thank you, guys.

Why did “SOLO” feel like the perfect song to launch your career as a solo artist?

I loved the song as soon as I heard it. So, I’ve input a lot of my ideas into the concept, the style and everything. So, I’ve had a strong connection from the beginning, I guess. And we all thought the song “SOLO” itself was just perfect for my solo debut.

“SOLO” earned the No. 1 spot on Billboard‘s World Digital Song Sales chart. What was your initial reaction to the news?

I am so grateful. I couldn’t believe it when I first heard the news. I want to thank all our fans all around the world for their unconditional love and support. It really means a lot to me.

How does it feel to perform solo versus performing with BLACKPINK?

Honestly, it does feel a little lonely without my members beside me. But they’ve been so supportive. It’s been a huge encouragement.

In America, girl groups often separate when they want to explore solo careers. YG’s model is different — allowing members to release solo projects while keeping BLACKPINK together. Do you feel like having that creative outlet will help extend the lifespan of your group?

Yes, definitely. I think by having solo projects, it allows us to expand our music range. There’s a type of music and concept we can do as a group and do as a solo artist. I think by working on both of these projects our audience can get a fuller sense of us as artists, so I hope it benefits us both ways.

How important is it for each member of BLACKPINK to have the freedom to release music on her own?

There’s a type of music you can do as a solo artist. And so, as all of our members have their own personality, taste in music and style, it’ll be great if we can showcase all of our individual strengths through these solo projects.

How have you evolved as an artist since your days as a K-pop trainee?

Now, as an artist, I get to put a lot of my thoughts and my ideas into each project, which pushes me to think constantly. So, I guess if debuting was the goal as a trainee, right now as an artist I’m more focused [on] releasing something that I am proud of and will hopefully connect to everyone.

K-pop is having a huge moment in the U.S. right now. What is it like leading that movement with BLACKPINK?

It’s such an honor to be receiving so much love, and we never want to take this moment for granted. We feel very blessed and we hope to see you guys soon.

After signing with Universal Music Group and Interscope Records in the U.S., what are your plans for an American crossover and performing in the States?

Well, I’m not going to be the one spoiling anything. So, please look out for what’s coming, guys!

Was it always BLACKPINK’s goal to make it in America — and why was that important to the group?

We never thought our music would reach out to so many people around the world. We’re very thankful for this great opportunity and we find it important because we can reach out and perform for more fans [and] a bigger audience internationally. 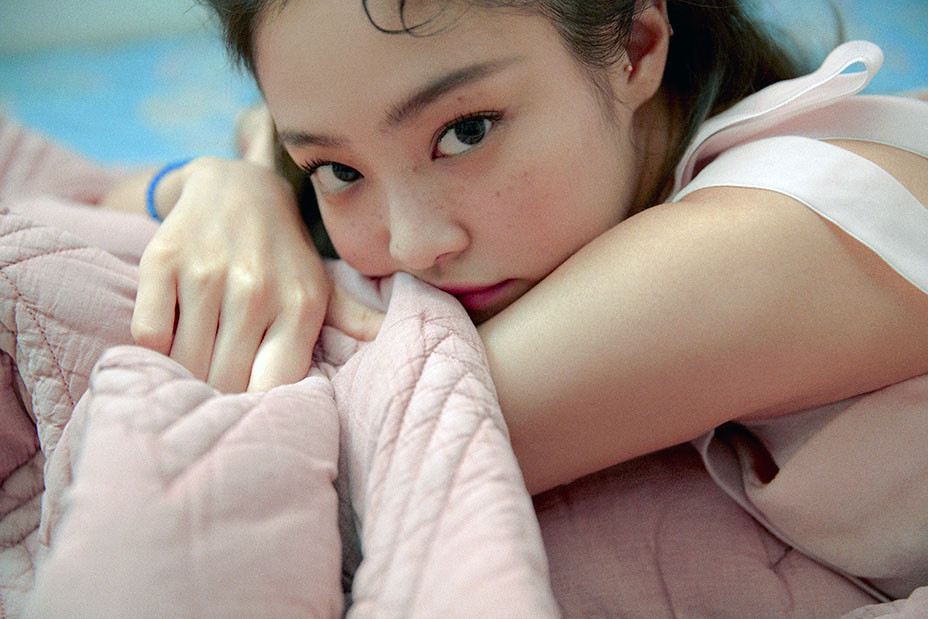 Listen to Jennie on Apple Music and Spotify.