Blake Lively is pregnant with her third child with husband Ryan Reynolds.

The actress revealed the news at the premiere of Reynolds’ film Pokémon: Detective Pikachu on Thursday by showing off her baby bump on the red carpet. The couple already has two daughters, James and Inez, who were not present at the premiere. Reynolds and Lively married in 2012.

The actors named their first daughter after Reynolds’ father. He has joked about the unisex name, saying: “In the spectrum of weird celebrity baby names, I feel like we’re not really breaking any new ground here. I mean, I didn’t call her ‘Summer Squash Meadowlark.’”

Lively has said she wants their kids to have “the same normal life” the couple had growing up. “We don’t ever want to rob them of what we had because then we’d feel really selfish,” she told Marie Claire.

Lively starred in 2018’s A Simple Favor alongside Anna Kendrick, and will next act in The Rhythm Section, directed by Reed Morano, which is set to bow in November. On Monday, she will attend the Met Gala as part of the host committee with Reynolds.

The Hollywood Reporter has reached out to Lively’s reps for comment. 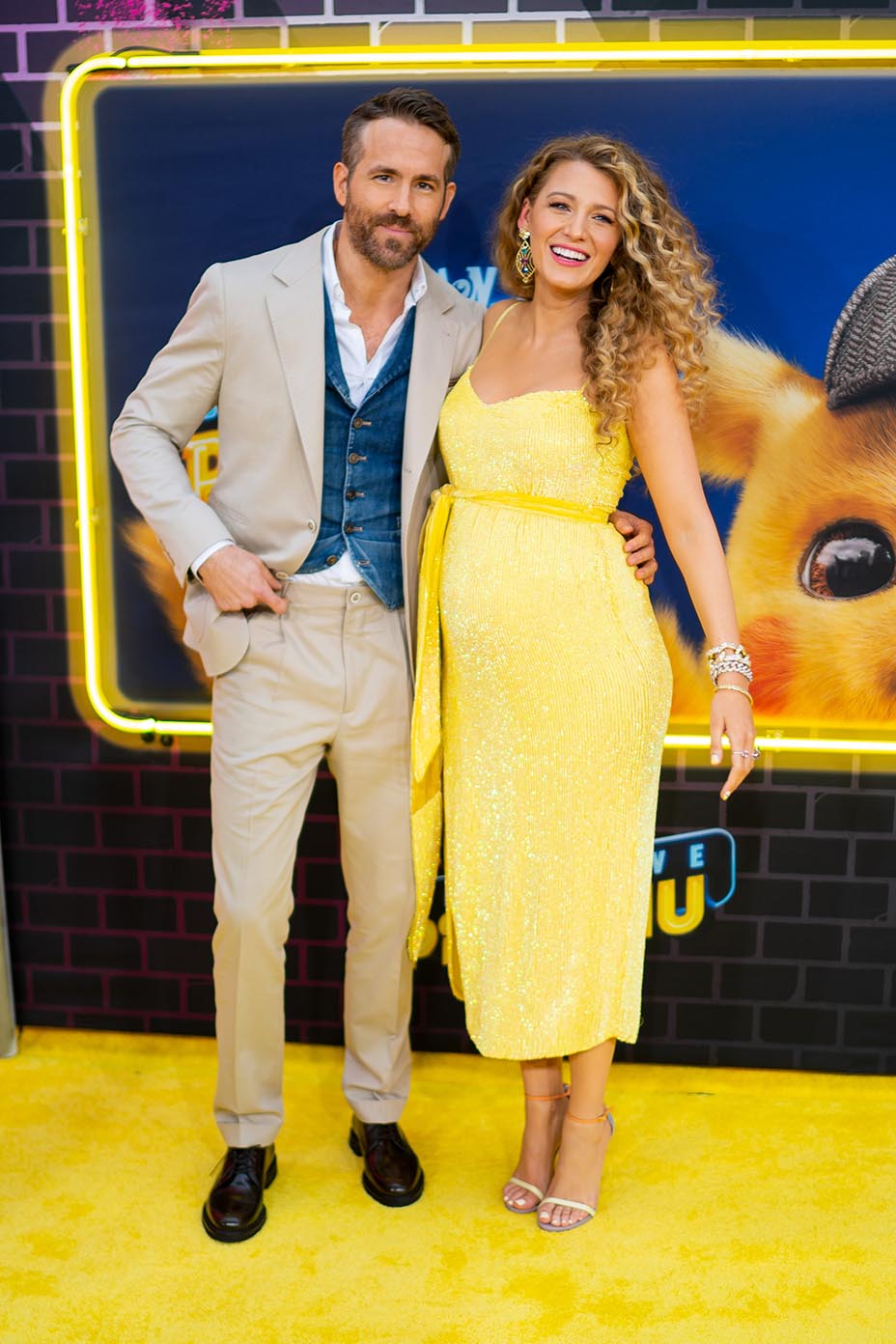