Bob Saget, whose comedic and affable portrayal of widowed dad Danny Tanner on the sitcom Full House made him one of TV’s most popular fathers, was found dead Sunday in a hotel room in Orlando, Florida, the Sheriff’s Department confirmed to The Hollywood Reporter. He was 65.

Saget, who was also the longtime host for America’s Funniest Home Videos and was currently on a comedy tour, was found unresponsive in a room at the Ritz-Carlton Orlando, Grande Lakes, authorities said. The actor was pronounced dead on the scene.

No information was released on the cause of death, but the sheriff’s department said detectives found no signs of foul play or drug use.

“We are devastated to confirm that our beloved Bob passed away today. He was everything to us and we want you to know how much he loved his fans, performing live and bringing people from all walks of life together with laughter,” the Saget family said in a statement to THR. “Though we ask for privacy at this time, we invite you to join us in remembering the love and laughter that Bob brought to the world.”

The Philadelphia native is most widely remembered for playing Danny Tanner on ABC’s popular family sitcom Full House. Saget shot to fame with his portrayal of Tanner, a father of three daughters who recently lost his wife and moves in with his brother-in-law (John Stamos) and his best friend (Dave Coulier). Though the ABC show was hardly a critical success, it struck a chord with audiences and ran from 1987-95. The sitcom was later revived with much of the cast on the Netflix sequel series Fuller House in 2016.

“I am broken,” Stamos tweeted Sunday. “I am gutted. I am in complete and utter shock. I will never ever have another friend like him. I love you so much Bobby.”

“I don’t know what to say. I have no words. Bob was one of the best human beings I’ve ever known in my life. I loved him so much,” Bure tweeted.

“We are deeply saddened by the sudden loss of our friend and colleague, Bob Saget, who will always be a member of the ABC family,” ABC Entertainment said in a statement. “Whether playing a loving father on Full House or hosting the early years of America’s Funniest Home Videos with his signature wit and charm, Bob always knew how to connect with families through heart and humor. Our thoughts are with his family as we mourn the passing of such an incredibly gifted comedian and talent.”

Robert Lane Saget was born on May 17, 1956, in Philadelphia, the son of Benjamin, a supermarket executive, and Rosalyn, aka Dolly, a hospital administrator. He grew up in the Mount Airy neighborhood of Philadelphia and got the stand-up bug early on after attempting his first open mic at 17. Saget told The Philadelphia Inquirer that as a teenager he would travel by train to New York to perform at open-mic nights at comedy clubs such as the Improv.

Saget attended Temple University in the mid-1970s, and it was at college that he and a friend created a sketch show that was performed at other colleges in the area. He graduated in 1978 and moved to Los Angeles, where for the next seven years he held emcee duties at The Comedy Store. Saget worked alongside some of the most accomplished and successful comedians of the era, including Robin Williams, David Letterman and Richard Pryor.

Saget’s big television break came in 1987 when he was hired by CBS’ The Morning Program, though he was fired after five months. Another opportunity presented itself when Saget was spotted by the production team at Miller-Boyett Productions warming up the crowds at tapings of Tom Hanks’ ABC sitcom Bosom Buddies. Saget would go on to guest in Bosom Buddies and later, in a strange twist, Miller-Boyett Productions hired Saget to play Danny Tanner, a San Francisco-based morning television host on the sitcom Full House.

In 1989, Saget debuted as the first host of America’s Funniest Home Videos, a role he held until 1997. On the show, he was known for his clean “dad jokes,” again very much at odds with his stand-up material.

To a new generation of sitcom fans, he was known for being the voice of the adult Ted Mosby on CBS’ long-running How I Met Your Mother, from 2005-14.

HIMYM co-creator Craig Thomas tweeted a quote that Saget gave to Larry King in 2014 about signing on to voice the older version of star Josh Radner: “My first thought was, Why can’t he do it? Or how much cigarettes and booze do you have to have to sound like me? … I did it immediately because I read it. It was a love letter; it was a relationship show.” 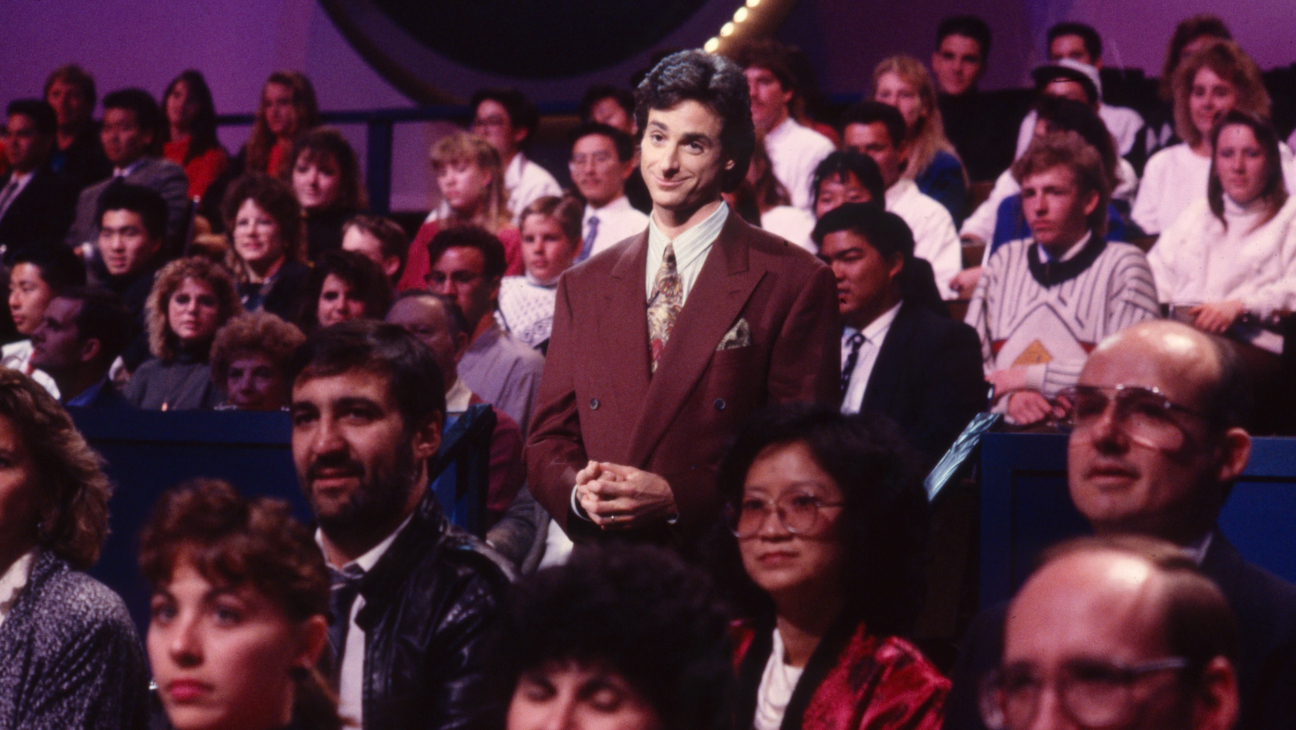 He was also known for his film work, making his feature directorial debut with the raunchy and widely panned 1998 Norm MacDonald movie Dirty Work. He later directed 2007’s Farce of the Penguins, a parody of the hit documentary March of the Penguins. He also had a cameo in Dave Chappelle’s cult movie Half Baked, playing a cocaine addict.

As well as his wholesome characters in much-loved broadcast sitcoms, Saget made memorable appearances as a foul-mouthed version of himself in multiple episodes of HBO’s Entourage and in season two of FX’s Louie.

Despite his huge success on television, Saget remained one of the biggest names in stand-up comedy; his onstage work, as was evidenced with projects like Dirty Work and his notorious version of “the Aristocrats” joke, reflected his less family-friendly, more raunchy perspective. During a 2015 Esquire profile, Saget explained that he saw humor as an outlet for life’s difficult moments, including the loss of two sisters who died at young ages.

He had three stand-up specials to his name, including 2007’s That Ain’t Right, 2013’s That’s What I’m Talking About and 2017’s Zero to Sixty. Active in the roast scene, with close longtime friends Norm Macdonald and Jeff Ross, Saget was the subject of a 2008 Comedy Central Roast and took part in Netflix’s Historical Roasts as Abraham Lincoln.

In 2013, he was nominated for a Grammy for his comedy album That’s What I’m Talking About.

Saget was widely admired and much-loved in the comedy world, and a host of A-list names paid tribute to the actor.

After touring throughout 2021, with several stops at Dave Chappelle’s Summer Camp, Saget announced 2022 dates for his I Don’t Do Negative Tour in December, with stops throughout Florida planned for January and shows scheduled through June.

Saget performed Saturday night at the Ponte Vedra Concert Hall, near Jacksonville. In his final tweet, sent early in the morning on Sunday, he gushed about the “appreciative audience” at his show. “I had no idea I did a 2 hr set tonight,” he wrote, in part. “I’m happily addicted again to this shit.”

Saget’s sister Gay died at 47 of scleroderma. He was a board member of the Scleroderma Research Foundation, and over the years his fundraising efforts raised more than $40 million for scleroderma causes. He also directed the 1996 TV movie For Hope, which featured a central character suffering from scleroderma in order to raise awareness about the autoimmune disease. His other sister, Andrea, died of an aneurysm at age 34.

He is survived by his wife, TV host Kelly Rizzo, and his daughters, Aubrey, Lara Melanie and Jennifer Belle, whom he shared with his first wife, Sherri Kramer.