Bobby Cannavale is a “filthy beast” in The Hairy Ape, Eugene O’Neill’s 1922 expressionist play about a brutish steel laborer whose worldview is shaken by a Manhattan socialite’s jarring words. In search of identity and belonging, the once-confident Yank is sent into a downward spiral — staged accordingly by Richard Jones on a 140-foot turntable in the vast (and hellishly yellow) Park Avenue Armory.

“He’s caught in a weird fever dream and he can’t get out,” the stage and screen actor tells The Hollywood Reporter. “It’s a hundred-year-old play, but it feels like this guy could be here right now.”

With a cold beer in hand and an ice pack on his knee, a soft-spoken Cannavale goes Off Script with The Hollywood Reporter about highlighting the play’s relevance under Donald Trump, taking Bruce Springsteen’s advice and grappling with the glaring irony of performing this particular piece for New York City’s Upper East Side elite.

What do you admire about your character Yank?

I understand and have a lot of respect for people like him. I came from a long line of people who worked factory jobs and people who identify themselves through their work: hard work, sweaty work, labor. My mother is a social worker at a hospital, and she talks about it all the time, how she has a real place at work. Everybody has their place. She’s been there for a long time and she’s a real leader there, and they have their rituals. It’s the same thing with this guy, and it all goes away when an intruder from the outside comes in and calls him out. 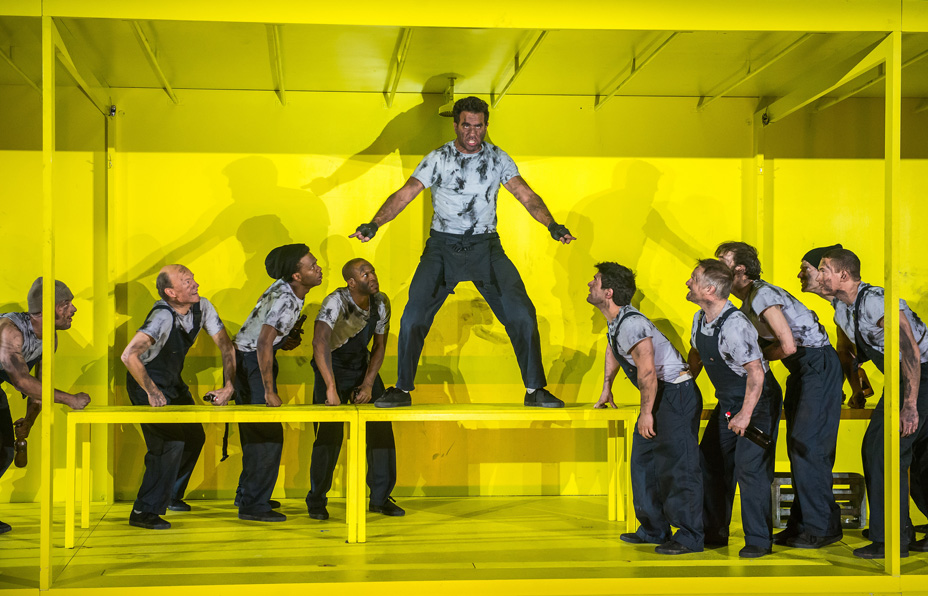 What was your first reaction to the role?

I hadn’t read this play since I was 21, when I didn’t really get it. Then I read it last year as the primaries were heating up, when I started to hear the term “Rust Belt,” which has been around for a while, but I’m like any other f—ing East Coast liberal and I hadn’t spent too much time thinking about it. Campaigning was going on in that region and I was like, f—, why doesn’t anybody seem to care that for generations, these men and women went to work and kept a routine that’s important to their lives and self-esteem and sense of belonging, and then all of a sudden, all the car factories in Detroit are shut down and all the coal mines in West Virginia are gone? What do those people do? They were giants of industry, and they have to form all that at Wal-Mart?

It really struck me. I thought, “What a good time to do this,” but I didn’t think Donald Trump was gonna win the presidency. Now that he has, I think the play is even more eerie. These people worked their asses off forever and get laid off with no pensions; they get promises by the people upstairs and they get nothing. They’re stuck.

Is it odd that the majority of this audience …

Tell me about it.

Rich people? Totally. Of course I know that. We’re on Park Avenue. It’s f—ing weird, but what are you gonna do? I would’ve done this play anywhere, but this is where they offered me to do it. I didn’t know they were gonna charge $200 a ticket. There are cheaper tickets out there — come to a matinee — but we’re doing it for the swells.

But you know what, the other actors and I talk about it sometimes: They’re sitting in those yellow seats [which signify a hellish entity]. They might not get it themselves, but it’s okay, we get it. We refer to them all the time: “This all gives me a bad feeling, it’s all too clean and quiet and dolled up for me.” In those yellow seats, they’re the problem. 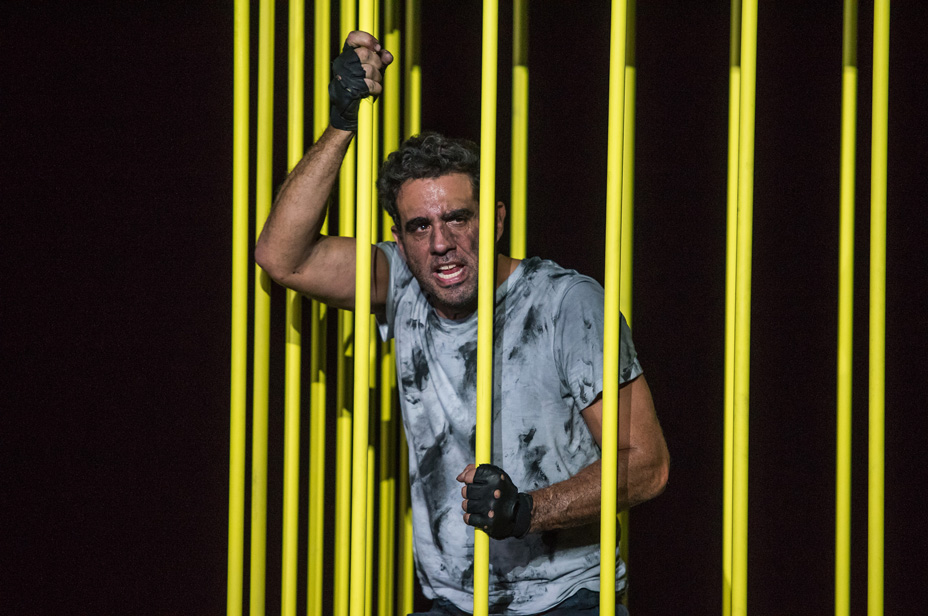 I’m always looking to do something I haven’t done before, but it’s the most physically demanding role I’ve ever had. I knew it would be when I read it — this guy is a beast, and the part is really written for somebody 20 years younger than me. I lose my voice, I hurt myself a lot. I tore my meniscus during rehearsals two weeks ago; I took a cortisone shot and I have to have surgery on it after the show. But I felt I have to do it because I’ll probably never get to play something quite this physical again.

I try to stay quiet as much as I can, but [my wife Rose Byrne and I] have a 14-month-old at home. I do a good, long workout, and I get to the theater two hours early and run the play in my head, because it’s a lot of words and it takes me there. But I don’t overthink it too much.

How has your diet changed for the role?

I don’t eat much beforehand — just soup or something — because I like to be hungry for the show. Not to drop a name, but one time I had dinner with Bruce Springsteen — he’s my hero — and I asked him, “When you’re playing in New Jersey, do you eat at home or do you eat the shit they give you at the stadium?” He laughed and said, “No one’s ever asked me that before. I don’t eat before a show because I like to be hungry.” Then I like to have a steak afterwards to replenish.

I just go home right after. I’m too beat up. I take a freezing cold shower so it’s like an ice bath, and then I take a hot shower and ice my knees. I have to get a lot of sleep, which is easy because my son sleeps 12 hours a night.

Just [a steamer] and stuff for my voice and knee braces. I’m not a guy who puts talismans and shit. I love what I do and I take it really seriously, but it’s my job. I just have what I need, and everything else is inside of me.