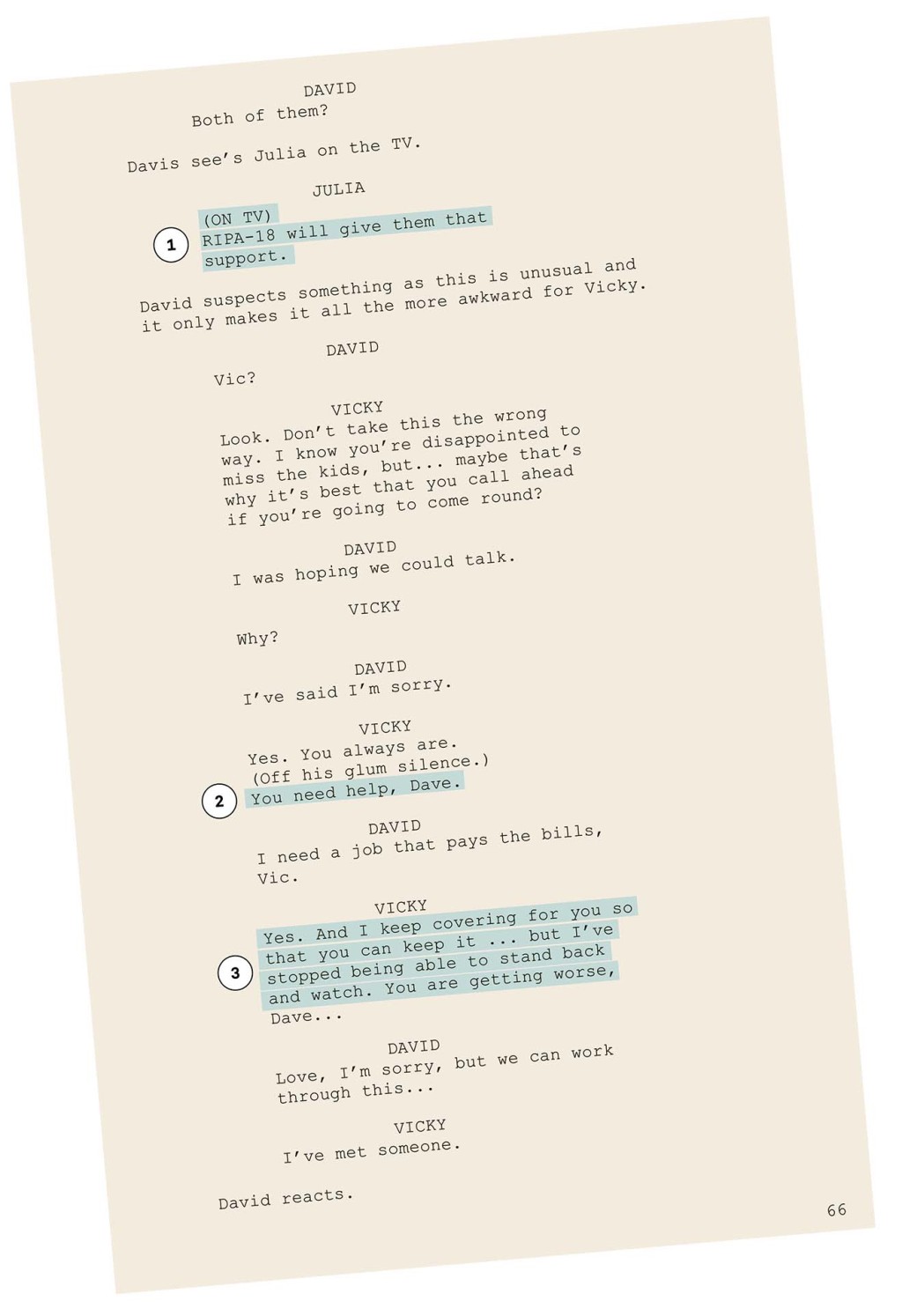 1. “Julia was placed in this scene to insinuate her presence as a figure now dominating David’s thoughts. By virtue of her being a high-ranking politician, we were able to exploit the device of TV/radio/newspapers throughout the series.”

2. “This is the first time anyone uses this phrase to David in the show, repeated on a number of occasions by other characters across David’s arc until eventually he stops denying or failing to address his PTSD. It had to come from the person in the show who knows him best — his wife.”

3. “We needed this expositional dialogue revealing a history of David’s illness and how he’s hidden it from colleagues. The best way to disguise bald exposition is for the dialogue to carry strong emotional content — in this case, a wife who’s no longer able to love her husband due to his changed personality.” 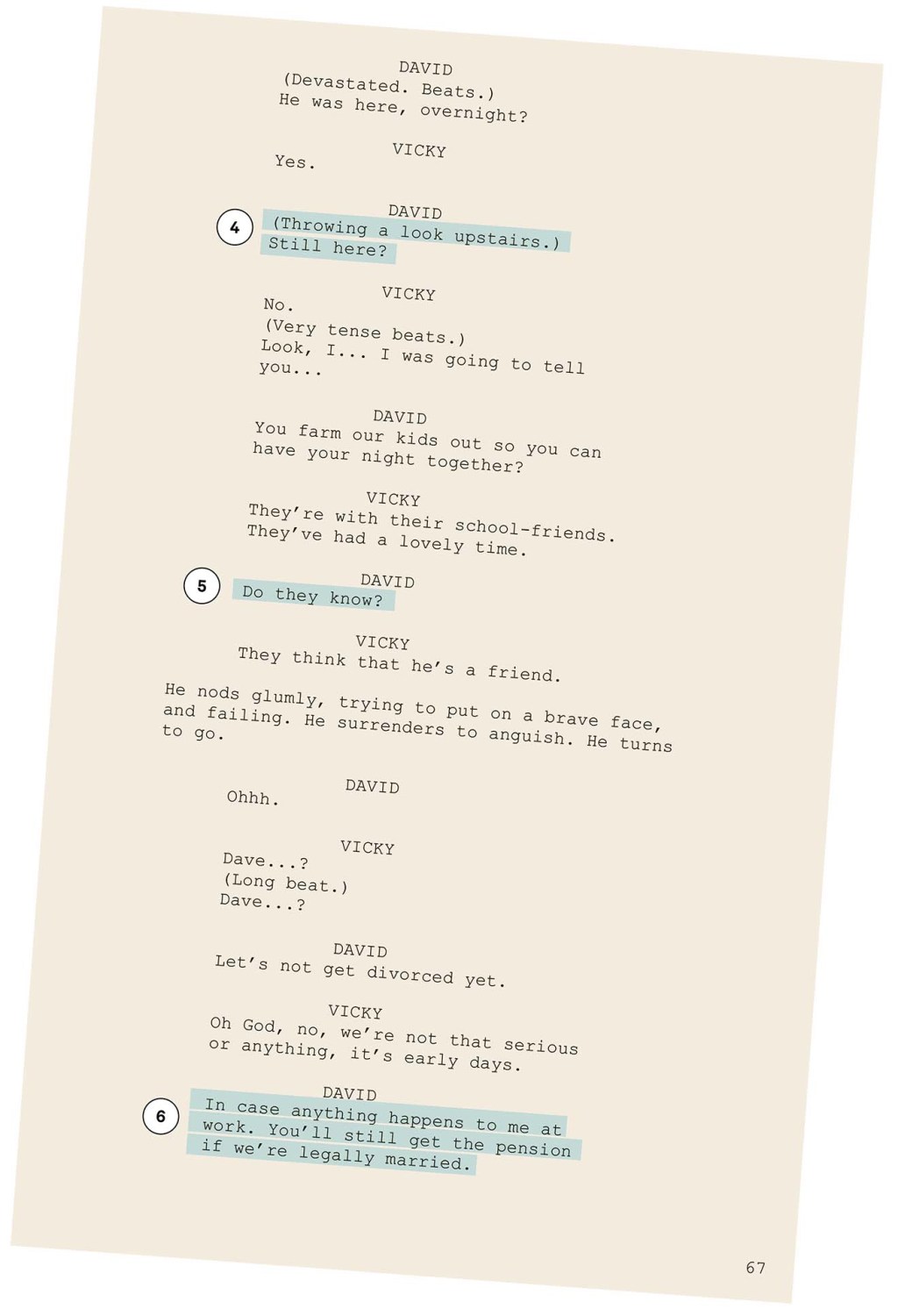 4. “On the day, director Thomas Vincent and I discussed with Richard Madden how this line could be employed to show David’s volatility. In Richard’s performance, the audience sees David’s sudden impulse to assault his wife’s lover.”

5. “After the threat to the lover comes the realization of starting to lose a grip on his family. David is distraught at the prospect his kids might come to regard another man as their father.”

6. “David’s anguish conveys him to the darkest possible place. Losing his family means he’s got nothing left to live for. Which amplifies the dramatic plausibility of David assassinating Julia.”

This story first appeared in the Aug. 14 issue of The Hollywood Reporter magazine. To receive the magazine, click here to subscribe.