The iconic band Queen was reborn at CinemaCon.

Star Rami Malek spoke about the pressures of playing late frontman Freddie Mercury during Fox’s presentation Thursday, where he introduced the film’s first trailer, which has not been released online.

It opens with Queen’s classic song “Bohemian Rhapsody” playing in the background, as a young Mercury asks to be the lead singer of a band. Retorts one of his future bandmates: “Not with those teeth, mate.” The rest of the trailer is made up of vignettes of Mercury and Queen discovering their sound — “If I go any higher, only dogs will hear it,” Mercury says — finding fame onstage and the singer being questioned about his personal life. The trailer ends with Mercury stepping out onstage at the 1985 Live Aid concert, backed by the track “We Are the Champions.”

Olivia Wilde on Being Served Child Custody Papers at CinemaCon: "That Was Really Vicious"

The film has had behind-the-scenes drama: Director Bryan Singer was fired in December due to unexplained absences from the set. Eddie the Eagle filmmaker Dexter Fletcher soon stepped in to take over.

Malek said a challenge for him was capturing how the singer filled his music “with pain and beauty.”

“He gives everyone watching permission to embrace their imperfections and sing as loudly as they can,” said the actor. “That is what he did for me.”

Queen guitarist Brian May has seen the movie and emailed Malek to say the film brought him to tears and that if Mercury were alive, he would be “proud” of it.

Producer Graham King noted it took 10 years to get the film to the screen.

“Freddie Mercury invented playing to the masses, and I believe that this film will do the same,” said King. 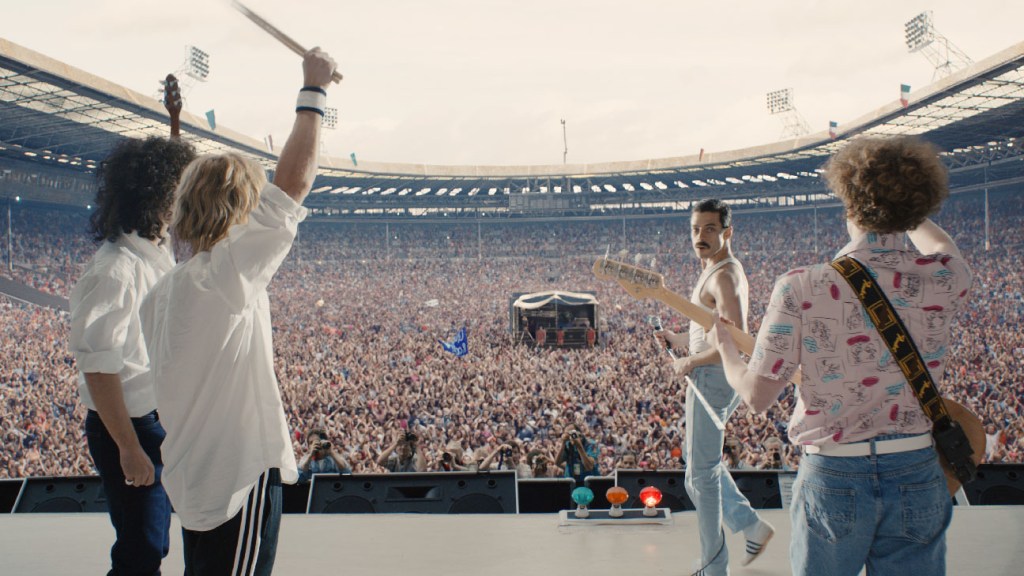