Dad sneakers are over (if you don’t know what that means, forget it already), Nike air bubbles are back, a luxe riff on Crocs is selling out and there are some buzzy collabs coming up this summer. For more breaking streetwear news, read on.

Jamie Foxx, Joe Manganiello, Jason Sedakis, Eric Clapton, Larry David, Maya Rudolph and her pal Catherine Keener, Tom Cruise, Cameron Diaz and loads of NBA players (including Kevin Durant and Nick Young) all frequent the cult streetwear shop Bodega that opened its doors in Boston in 2006. The shop, known for its own branded line of merch that sells out in minutes and a curated mix of some of the most-wanted and limited-edition sneakers and streetwear labels from around the globe, has now bowed its second U.S. location in a 8,000-square-foot space at the Row DTLA shopping complex in Los Angeles.

#MeToo, Five Years Later: No One's Fully Returned From "Cancellation" -- No, Not Even Louis C.K. (Analysis)

But you may have a hard time locating the store, which is exactly the point. (The company’s tagline is “hidden in plain sight,” and the Boston shop storefront is disguised as a bodega with entry behind a Snapple machine). Here in L.A., a sketchy-looking unmarked warehouse door pulled halfway down is actually the entryway. Inside are a couple fruit crates — that entry space will soon be converted into a refrigerated produce market — and a second inner door leads to the shop.

Jay Gordon, who co-founded the company with Dan Notola and Oliver Mak, relocated to L.A. to run the new location, designed by his wife Alina Wolhardt of Boston interiors firm Wolf In Sheep Design. The first level opens into what Gordon dubs a “street scene,” a series of shop-in-shops including a bodega that sells everything from disposable panties to canned pickled mackerel and a pop-in shop featuring a mostly sold-out Bodega x New Era collab of repurposed vintage military jackets and three styles of caps customized with patches and pins, each packaged in a metal ammo case.

“I just got back from Tokyo, and it was cool because I already saw a bunch of these hats in the second-hand resale shops that sell the top brands and they just launched,” says Gordon. There’s also a dedicated Vault by Vans shop that includes the basketweave leather versions designed by Taka Hayahi that Gordon says everyone mistakes for Balenciaga.

A large space on the first level is devoted to the sneaker shop, and Gordon says the hottest trend is Nike air bubble sneaks, pointing to styles from the late ’80s. (Bodega often works with brands to resurrect dead styles). “The Nike Vapormax with the big, fully visible air bag is super-popular,” says Gordon, who admits that Yeezy sneakers are always “it” and another launch is due Saturday. “And I think that the dad sneaker thing is sort of over. Not that people aren’t wearing ‘90s-inspired dad shoes, but they’re going for something sleeker now.”

“Joe [Manganiello] is a size 14, so he can’t be as picky as some people,” says Gordon, when asked about his Hollywood fan base. “He’s mostly into crazy high-tops, mostly by Nike, and he loves bizarre colors, so I have a ton of stuff waiting for him to pick up next week. He’s been so supportive. I did a shoe for Nike last year and he got the first pair and was wearing them. Jason [Sudeikis] is also a sneakerhead; he knows his game. So does Eric Clapton — he even used to write a column about sneakers for a Japanese blog, and he placed his first online order with us about six or seven years ago.”

But the best customer award would go to the late Robin Williams. “Robin Williams was my all-time biggest customer, and I lost an awesome voicemail from him I had on an old phone,” says Gordon. “He could have worked in the store. He knew everything about every brand. He especially loved Acronym, a German jacket line we carry that’s very technical. It’s expensive, probably $1,200 to $2,500 for a jacket, but I had a standing order to send him every new jacket in an extra-large. They were all black and very similar. So I sent them to his house and he was going to send back whatever he didn’t want, but he never sent anything back. He said, ‘I’ll give them to my kids or to friends.’ He was sweet as can be. Some guys ask us to shut down the store, but when I offered he said, ‘No, not at all.’” He even took jobs in Boston to speak at conventions because he wanted to come in and shop. He’d be there for 24 hours and come by and we’d hang out. I really miss him.” 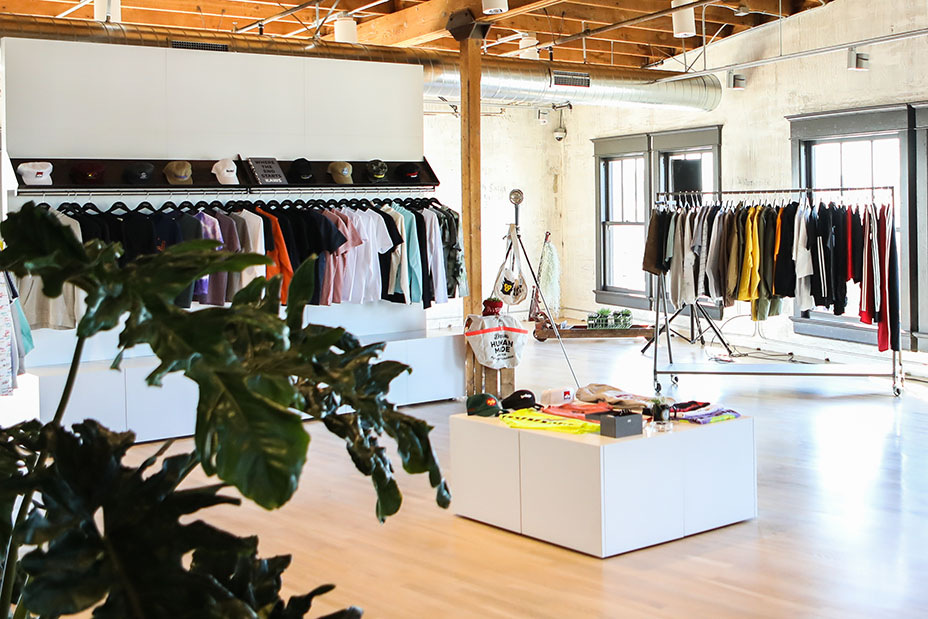 Hotly anticipated launches coming this summer include a “Nike Fear Of God collection that no one knows any details about,” says Gordon. “And I don’t know if it’s announced, but Nike’s also doing a line with C.E. [Cav Empt], these guys from Japan who are friends of ours and do really cool graphics. Their design is just flawless. They were the first ones to do the throwback early ‘90s patchwork stuff well. Nike’s back on top. The market goes in waves, and Adidas had one hit after another with Pharrell and the Kanye stuff. But starting with the Off-White collab, Nike has been crushing it.”

Also killing it is Bodega’s branded line, reeled back from wholesaling a couple years ago, that includes caps, T-shirts, hoodies and cut-and-sew jackets and sweatshirts. “We sold 70 percent of our line in the first 15 minutes after it dropped two weeks ago, which is amazing, and our March 20 spring delivery sold out online in one minute,” says Gordon, noting that a “siempre fresca” (translation “always fresh”) slogan tee has been flying off L.A. shelves.