Bradley Whitford is an actor’s saving grace, a gifted performer who has lent his face to peers such as Anthony Hopkins, Tom Cruise and Bryan Cranston in everything from Good Will Hunting and Magnolia to Silence of the Lambs and Breaking Bad.

Well, not really his face so much as his emotions, and audiences never had a clue … until now. How’s that now?

Whitford stars as the title character in Funny or Die’s latest spoof, Emotional Stuntman, directed by real-life girlfriend Amy Landecker. He plays Bradley Whitford, an actor dressed in a CGI-ready green costume, which reveals his expressive face that he has used to turn in weighty and dramatic performances for actors who, well, can’t do what Whitford can do. “When you’re doing really complex emotional work, you don’t want to put actors through that,” Whitford delivers with a straight face. “They can sprain their souls.”

The clever clip marks Landecker’s second collaboration with Funny or Die. The Transparent star made her directorial debut on Transparent: The Lost Sessions, a 10-episode series of comedic shorts inspired by Jill Soloway’s Amazon breakout, using several members of the colorful cast of characters. 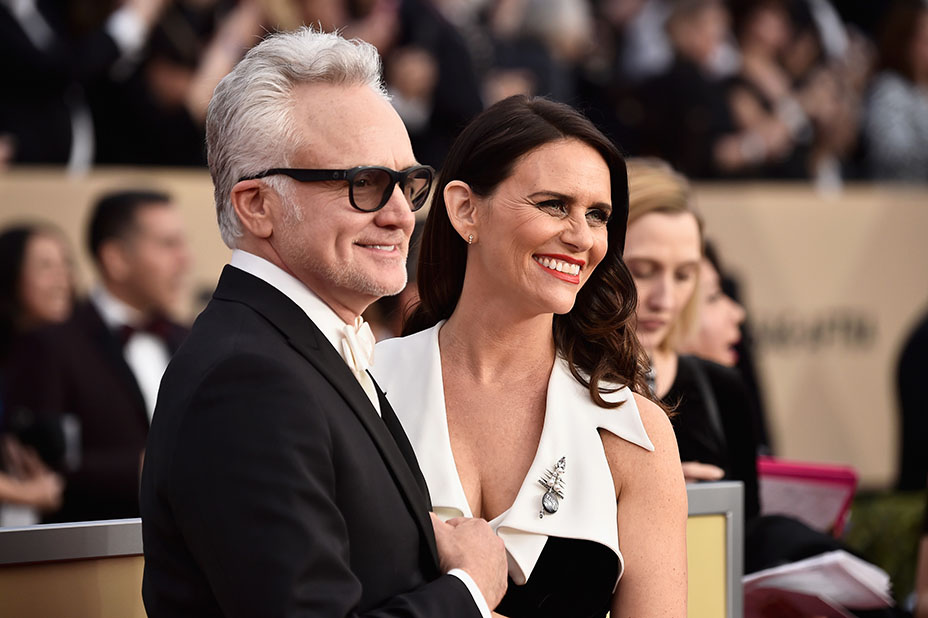 Per the official logline: “When actors are confronted with the darkest and most powerful of emotions, sometimes they need an emotional stuntman. One of the best kept secrets in Hollywood, Bradley Whitford who is perhaps best known for his roles in Get Out, The Post and the hit TV series The West Wing, is also one of the industry’s most distinguished emotional stuntmen.” A highlight is the scene in which Whitford doubles for his Get Out co-star — the Oscar nominated Daniel Kaluuya — in the ‘sunken place’ scene, opposite Catherine Keener.

Watch the full clip below.

Tom Holland Gets Dressed, Undressed and Bares His Chest for "Intimate and Real" Prada Campaign