Brandi Carlile has said that Joni Mitchell’s album Blue changed her life after she rediscovered the LP at the urging of her wife. “It totally redefined me as a songwriter,” she said in an interview last year. “I was actually never the same after that.”

Carlile, whose fame skyrocketed following a Grammy win and performance during the February broadcast of her breakout track “The Joke,” will channel her love of Mitchell’s 1971 album into a one-night-only debut at Walt Disney Concert Hall on Oct. 14 in downtown Los Angeles.

The special event — titled Songs Are Like Tattoos — will feature Carlile performing tracks from the album, Mitchell’s fourth. In a statement Tuesday announcing the concert, Carlile said that the album “might very well be” the best one ever made. “I feel the need to play this masterpiece in its entirety so that I can honor Joni Mitchell and the way this album brought me into myself, but also so that I can hear it live too,” she explained. “My soul will be listening alongside yours.”

Carlile has been performing the songs during her own live concerts recently, and she even has some experience performing some of the songs in front of Mitchell herself. On Nov. 17, Carlile joined an all-star roster of artists — from Norah Jones and Rufus Wainwright to Diana Krall and James Taylor — to help celebrate Mitchell on the occasion of her 75th birthday at the Dorothy Chandler Pavilion. Carlile performed “A Case of You” alongside Kris Kristofferson, and “Down to You” on her own.

“If Joni is right and ‘songs are like tattoos,’ then these songs are an indelible part of our collective story and coming of age. ‘Part of you pours out of me in these lines from time to time.’ Let’s do Blue. Hearts on sleeves and voices raised. Let’s do this one for Joni,” said Carlile.

It’s unclear if Mitchell will make her way to Walt Disney Concert Hall that night to check out Carlile in action. Mitchell has been known to pop up at events around Los Angeles, most recently appearing at a special Aretha Franklin tribute hosted by Clive Davis and at the Vanity Fair Oscar party.

Carlile is fresh from appearing at the ACM Awards on Sunday in Las Vegas. At this year’s Grammy Awards in February, she took home a trophy for best Americana album for her 2018 release By the Way, I Forgive You, as well best American roots performance and best American roots song for the album’s single “The Joke.”

As for Blue, The New York Times selected it as one of the 25 albums that represented “turning points and pinnacles in 20th-century popular music,” while NPR dubbed it the greatest album of all time made by a woman.

Tickets for Carlile’s Walt Disney Concert Hall special will go on sale Friday at 10 a.m. PT. More information about the event can be found here. 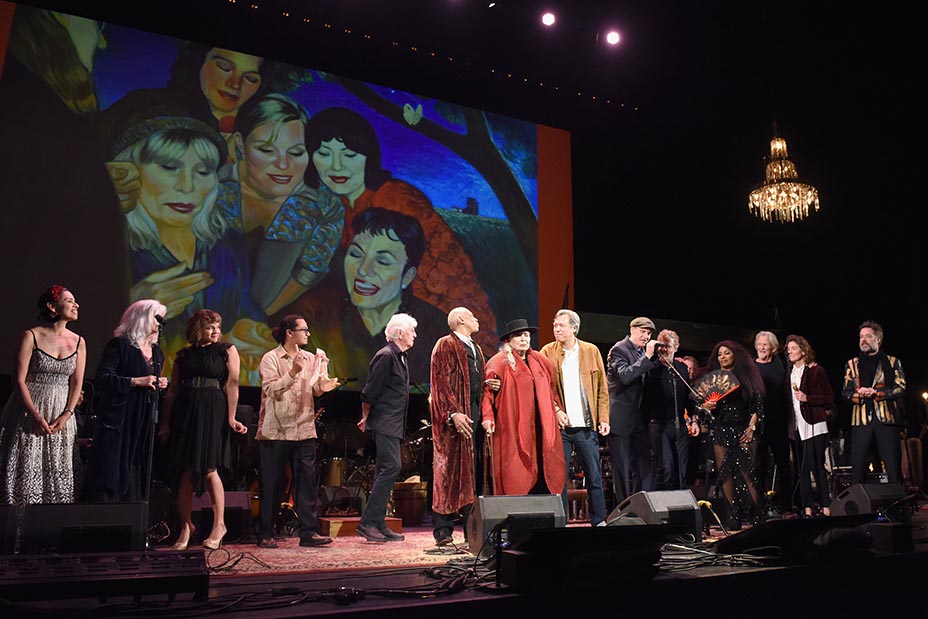 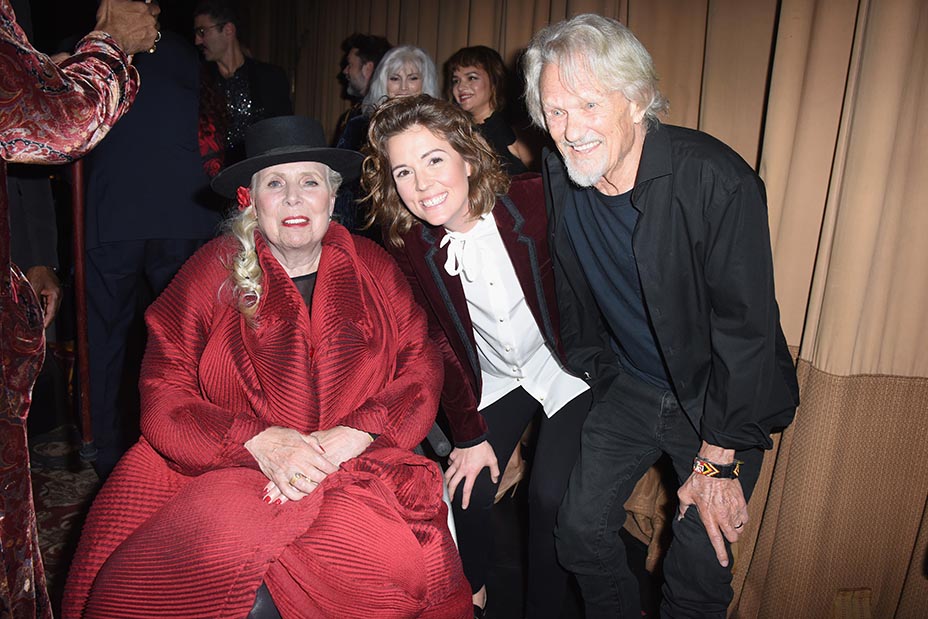