Richard Burton once famously joked about Elizabeth Taylor, “The only word she knows in Italian is Bulgari.” Celebrity couples fascinated by jewelry design are nothing new — but what becomes of high-value baubles after a conscious uncoupling (or, rather, a husband-caught-off-guard uncoupling)? With “miscellaneous jewelry and other personal effects” mentioned in the divorce documents filed Sept. 19 in Los Angeles, speculation has arisen over what might happen to the more notable — and personal — pieces in the Angelina Jolie-Brad Pitt jewelry collection.

For several years, Jolie has partnered with Beverly Hills-based jeweler Robert Procop, known for working with private clients. Jolie has worn Procop’s jewels on red carpets since at least 2010, when the designer created pieces worn by the actress in The Tourist. “When you see her on a red carpet, she’s never smothered in jewels; rather, she chooses one strong statement piece,” says London-based Stefano Papi, author and former jewelry specialist for Christie’s and Sotheby’s. 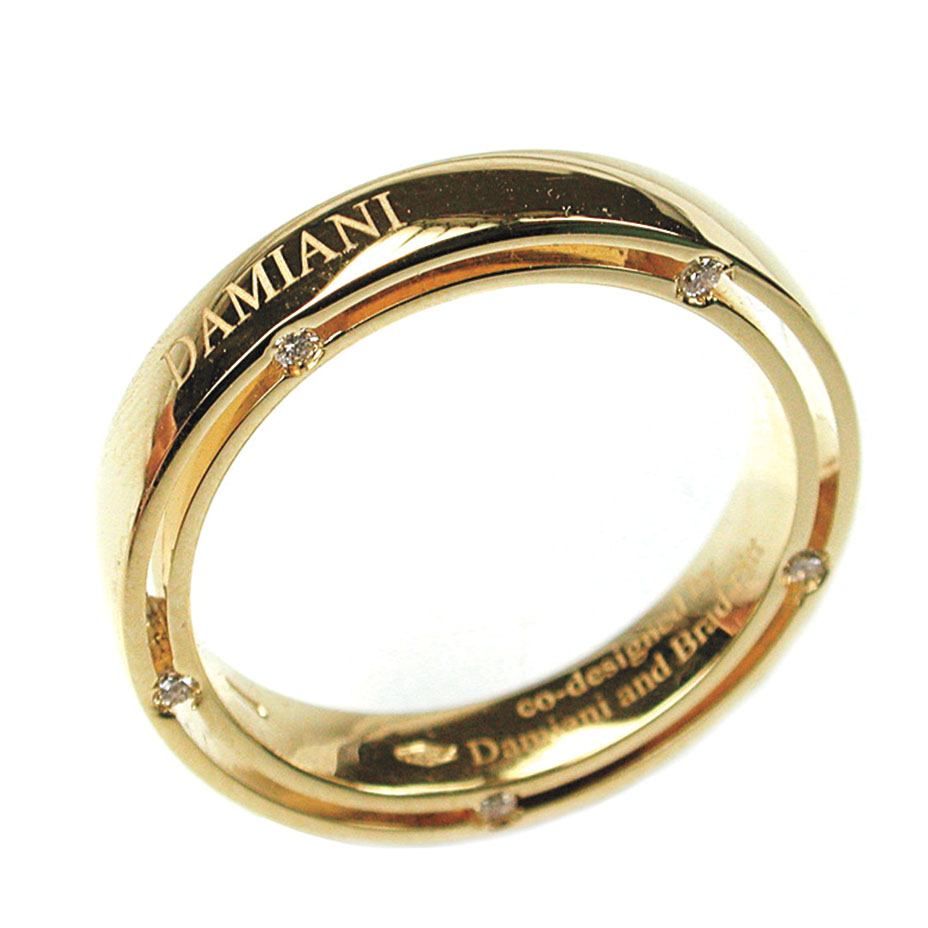 In 2010, Jolie and Procop also collaborated on the Style of Jolie jewelry collection, with proceeds benefiting the Education Partnership for Children of Conflict, founded by the actress in 2006. When they debuted, Style of Jolie pieces started at $4,000 and were estimated to reach seven figures for a 103.48-carat necklace of Colombian emeralds.

Showcasing Jolie’s favorite colors in stones ranging from emeralds to black spinels and citrines, the collection toured with Procop in several cities through 2012, including Los Angeles. “It was obvious she had a very real passion and a very visceral approach to the stones,” says Matthew Girling, global CEO and group jewelry director at Bonhams auction house. “This wasn’t a case of just putting her name on something. She was very involved.” (Procop declined comment.)

At the 2014 Academy Awards, where Jolie received the Jean Hersholt Humanitarian Award, she wore diamond earrings totaling 42 carats set in 18-karat yellow gold, while Pitt wore a Style of Jolie star sapphire ring and a set of tuxedo buttons and cuff links in 18-karat yellow gold and tablet-cut white diamonds. A modified emerald cut, the tablet cut is a signature found both in the Style of Jolie collection and the more personal pieces the couple has designed for each other. Jolie’s Christmas gifts for Pitt included the Oscar cuff links and a tablet-faceted pendant engraved with a private message using a microlaser.

Procop designed jewelry for Jolie to wear in 2010’s ‘The Tourist,’ including this choker of round diamonds set in platinum.

Pitt worked with Procop for more than a year to create the graduated white-diamond engagement ring for Jolie, featuring 16 carats of gems in the elongated tablet cut, a shape suited to Jolie’s long fingers, Procop said at the time. Like Jolie’s gift to Pitt, the ring may also include a microlasered private message. “Those details are in keeping with the very private nature of their relationship,” says Girling, who viewed the collection in 2011 in L.A.

Girling notes that, should Jolie auction any pieces, they’re sure to draw intense interest — though perhaps she may choose to wait. “The price of white diamonds has come down slightly from 18 months ago, but rarer stones like rubies and emeralds have gotten a bit stronger in value,” he says. In March 2015, Bonhams auctioned jewels and other pieces from the estate of Lauren Bacall. “Ms. Bacall was a bit like Angelina Jolie in that she got very involved in designing certain pieces. When any piece carries that kind of provenance, it’s not a surprise to see it garner 10, 20, even 30 times the estimate.” Papi agrees. “Years ago, the provenance wasn’t as important to buyers, but now it’s one of the more fascinating aspects,” he says. “The market is becoming so selective, you want something with a story. With a provenance like this, [the Jolie-Pitt collection] is going to be special for years to come.”

At the ‘Kung Fu Panda 2’ photocall in 2011 in Cannes, Jolie wore a bracelet featuring 14 tablet-cut emeralds totaling 50.59 carats set in 18-karat rose gold and a matching emerald ring, both from the Style of Jolie collection.

This story first appeared in the Oct. 14 issue of The Hollywood Reporter magazine. To receive the magazine, click here to subscribe.

Brad Pitt and Angelina Jolie: A Timeline of Their Relationship