The night before the world premiere of Breathe, Claire Foy was full of nerves. “I haven’t seen the final version of the movie yet, and I’ll be watching it with 2000 people,” Foy said at a dinner at Oretta on Sunday night, hosted by Bleecker Street and Participant Media in association with The Hollywood Reporter and Forevermark. Even though her Netflix series The Crown became a phenomenon upon its debut, it was far removed from her anticipation. “That was different — I didn’t know they were watching it then!”

Breathe, also starring Andrew Garfield and marking Andy Serkis‘ directorial debut, recounts the true love story between Robin and Diana Cavendish, who refused to give up when Robin was struck down by polio at the age of 28, becoming confined to a hospital bed and only given a few months to live. Tom Hollander and Hugh Bonneville are also among the cast of the Participant Media and Bleecker Street release. The drama debuted at the Toronto Film Festival on Monday — the film’s 60th cut, noted Serkis, who founded The Imaginarium Studios with producer Jonathan Cavendish, Robin and Diana’s son.

“His background as an actor makes it very reassuring — he understands how hard the rhythm of filmmaking is,” Garfield told THR of Serkis. “It’s also a little-known fact that he’s a fine artist — he’s a painter and a drawer, so his abilities with framing and color and creating beautiful imagery was an amazing thing to witness. He can really do it all, and it really didn’t feel like his first film.”

In fact, Serkis found directing to be so second nature that while Garfield and Foy were having a pre-production meeting with a medical specialist at Pinewood Studios, their director stopped by during a break from Star Wars, in which he plays Supreme Leader Snoke. He was dressed in his performance-capture leotard and the required white dots, and even wore faux hair on his face. “It was a really difficult discussion, and Andy tried to take part as our director, and we couldn’t take it seriously!” laughed Garfield. “I think he’s more used to wearing that outfit than regular clothes.”

Serkis, who is set next to helm the Warner. Bros adaptation of The Jungle Book, is already looking to direct projects beyond live-action and performance-capture. “Even virtual reality is so interesting — the opportunities are truly expanding for filmmakers today. High-concept or true stories, I’m excited to try it all.” 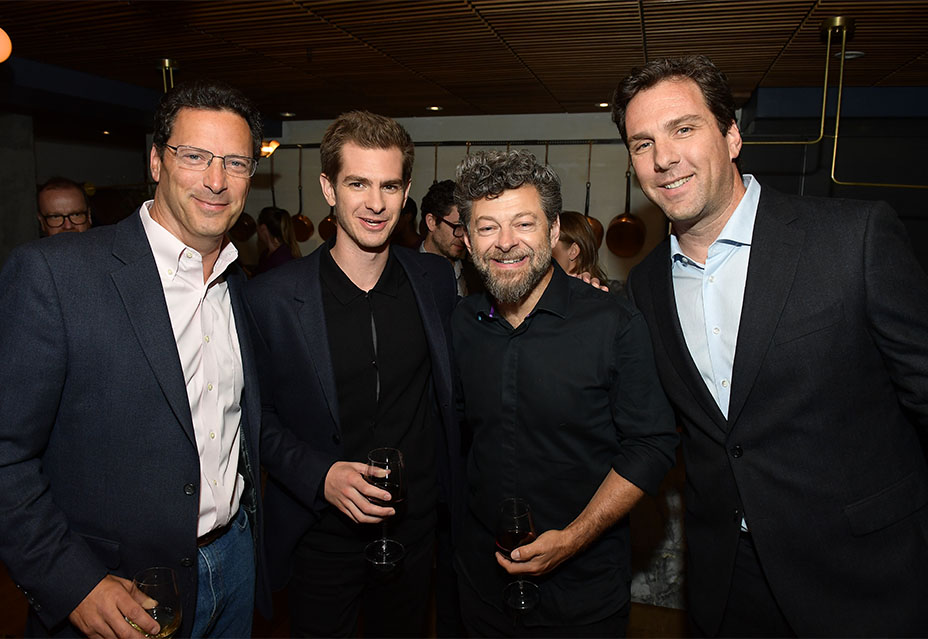