Andy Serkis knows that the ending of Breathe might cause some to gasp.

The real-life drama stars Andrew Garfield and Claire Foy as Robin and Diana Cavendish, who refused to give up when Robin was terminally diagnosed with polio at the age of 28. Instead, he became a pioneering medical aid developer and one of the longest-lived responauts in Britain.

The final act of the Bleecker Street release takes place decades after Robin’s initial diagnosis, which paralyzed him from the neck down. After an unexpectedly prolonged life full of medical innovations and memorable adventures, Robin tells Diana and their son, Jonathan, that he plans to end his life on his own terms, since the years of using a respirator have taken a toll on his lungs and will at some point kill him in his sleep. It’s a plan to which Diana and Jonathan agree. After a cheerful farewell bash with his loved ones, Robin sends his wife and son away while his doctor assists with the suicide via injection. The trio then reunites for his final breaths.

“It’s very, very simple — the two choices are, OK, I can either choke on my own blood in the middle of the night while my wife and son frantically try to rescue me, suffering terrible trauma in the process while I die, or I could say goodbye to everyone, give them all a kiss, say thank you, have a party, and go very, very peacefully,” Garfield explained to The Hollywood Reporter. “It was a joyful, graceful choice. And for Robin, it was another opportunity for self-authority and autonomy.”

Added Foy, “Robin should have died 20 years before that. I always felt that, from Diana’s point of view, it was, ‘I was lucky you chose to stay around for as long as you did,’ and the day when he said, ‘This is the time to go,’ was always going to come. I think she always knew that’s what he would do.”

The topic of assisted suicide was also part of the fictional 2016 drama Me Before You — an ending that sparked some outrage due to its perceived comment on life as a quadriplegic. But Serkis — who made his directorial debut with the drama based on the parents of his Imaginarium Studios co-founder Jonathan Cavendish — stressed that Breathe‘s mutual agreement between Robin, Diana and Jonathan is the decision’s “extraordinary” element. “It’s not a selfish act; it’s kind of altruistic in a way, as it was to make life better for Diana and Jonathan, so they wouldn’t have to go through the misery of watching some very, very long, extracted, painful departing,” he explained.

The director is not afraid of any backlash regarding this portrayal of assisted suicide. “We are, in the West particularly, hopeless at dealing with death, but it’s the most natural thing other than being born,” he said. “I’m sure there will be people who absolutely won’t see this movie because of this, or people who reject it outright because it doesn’t fit in with their belief system. But that’s why we make movies, to try and engage people into debate, to think and feel.” 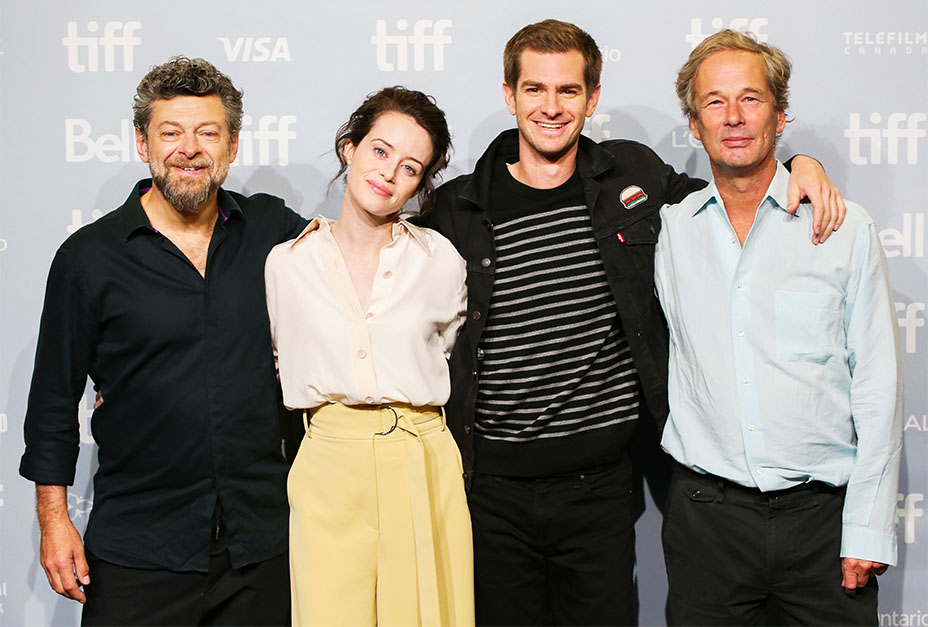