From cocaine-fueled parties in New York to Lindsay Lohan’s troubles on The Canyons, writer Bret Easton Ellis is opening up on a lot of salacious topics.

As interviewed by friend and 429 Magazine editor Maer Roshan, the two reminisce about their shared history in New York City (a friendship that began 20 years ago), including the wild times partying at Ellis’ apartment. Roshan recalls many long nights at that address to which Ellis, the best-selling author of American Psycho and Less Than Zero, dishes some dirt on famous names who allegedly used to party there, too.

“It’s amazing how many people I see on TV now who used to be standing around my kitchen doing lines at 3 in the morning. Peter Dinklage, Mario Batali, Candace Bushnell … so many greats passed through that cokey den of iniquity,” says Ellis, 53. “I can’t believe I never became an addict; I don’t know how I skipped that … My father died young. He was a terrible alcoholic, so I had all these alcohol-y genes. … I don’t know why it never got me. I still drink, but I’m not a drinker who blacks out.” 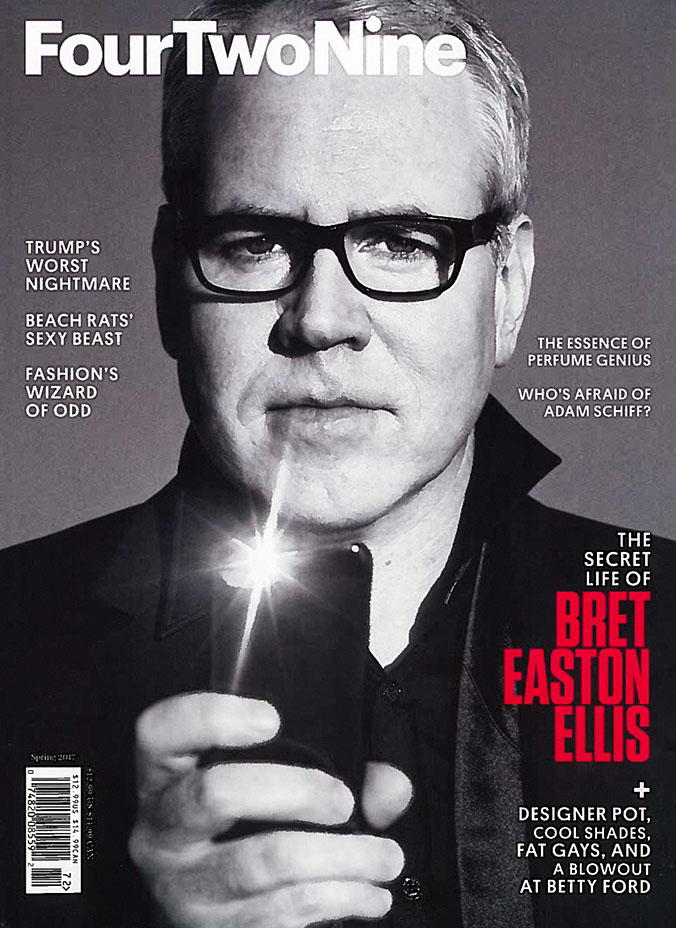 Ellis’ cocaine claims are being refuted by those he name-checked. Pamela Lewy, a rep for Batali, denies that the chef did any drugs. “I confirmed Mario was at the party but did not do any cocaine,” she says. A rep for Dinklage also confirms that he attended but did not do drugs. The Hollywood Reporter has reached out to a rep for Bushnell, who has yet to respond.

In the interview, Ellis says doing cocaine wasn’t as fun in Los Angeles as it was in New York. Though he was born in L.A., Ellis spent many years living and working in New York. He eventually moved to L.A. full time more than a decade ago. (He says he moved back to NYC in 2010 for a brief spell but found it “suffocating.”) “The last time I did coke, it was just a tiny pinch at a Hollywood party about three years ago,” he recalls. “I thought I was going to die. It was so unpleasant, and it was, like, a line small enough for an ant.”

Speaking of Hollywood, Ellis discusses his experience with Lohan on ?The Canyons, a Paul Schrader-directed indie starring the troubled starlet opposite porn star James Deen from a script by Ellis. He details a specific scene they were waiting to shoot at ?Cafe Med on Sunset Boulevard when they got a call from Lohan, who said she couldn’t make it to set due to an ear infection. “And we all knew she’d been partying with ?Lady Gaga the night before at the Chateau Marmont,” says Ellis. “So they called her bluff and sent a doctor to see her. Big surprise: no ear infection.”

To her credit, he continues, Lohan rallied and came to work, “nailed the scene” in a couple of takes and went back to bed. “So she really was very professional. In a weird way, she was kind of a trooper. She knew a lot about camera angles, how to modulate a performance. But she was not, um, well during the shooting,” he reveals. 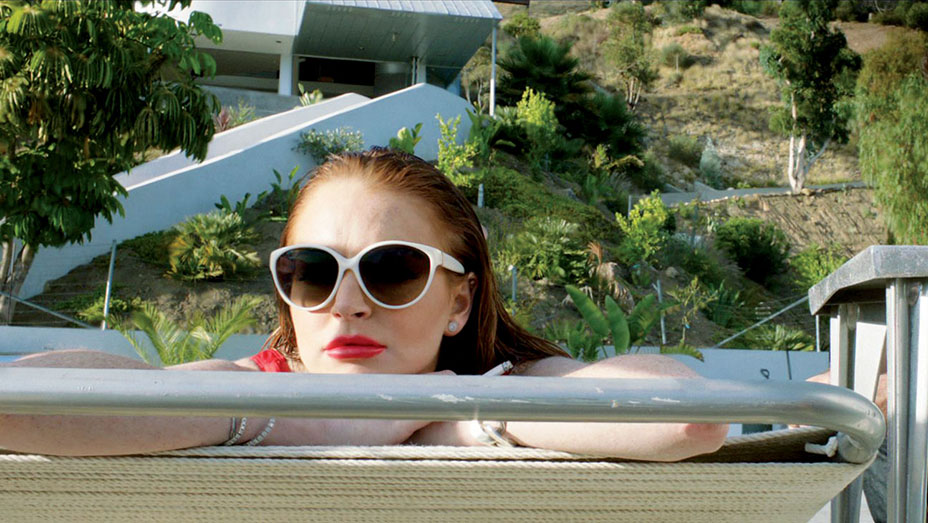 By “not well,” he says that on the flip side of being professional, she was having trouble hitting her marks. “She was drinking a lot on set,” he claims. “You know, the camera would move, she was supposed to stop, pour a drink and move over. But she kept fiddling around at the bar. [Laughter.] There was nothing funny about it then.”

Lohan could not be reached for comment. The New York Times detailed the filmmakers’ rollercoaster ride with the actress on The Canyons in a dishy 2013 feature titled “Here’s What Happens When You Cast Lindsay Lohan In Your Movie.” The article includes Ellis’ mentions of Gaga, the ear infection and her erratic behavior.

As for his own career, Roshan asks Ellis if he’s still interesting in writing, to which he replies, “I have a book I’ve been thinking about writing for about 10 years — something set in Los Angeles in 1980-1981 — but I’m not feeling it in the way that I felt all the other books I wrote. I still read a lot. I have a big stack of books by my bed, but writing is different. Something happened between me and the novel.”

Roshan’s full profile of Ellis can be found here.