Here is the stat: 4.5 percent of Americans prefer same-sex partners (I’m included). That’s if we are to believe the consensus of various studies — google it, and this is the percentage that usually pops up.

It’s harder to prove or disprove compared with the United States 2017 Census, which tells us definitively, for example, that 13 percent of the population is African-American and 18 percent is Latino. This percentage means that we are overrepresented at the Oscars this year in terms of the number of gay or bisexual characters played by nominated actors — a record seven out of 20. It also suggests we’ve come a long way from the agonies of Tom Hanks dying from AIDS in 1993’s Philadelphia; or from the tortures of forbidden same-sex romance in 2005’s Brokeback Mountain (a movie about shame that ends in death); and from Sean Penn as gay martyr Harvey Milk, assassinated because of his sexuality in 2008’s Milk. That’s because none of the movies where these seven nominated performances reside are about gayness at all. Homosexuality and disease and the closet isn’t the point, suffering and victimhood is not at their center, and ideology is pushed back in favor of simple storytelling. These are films in which a character’s sexuality doesn’t become the whole pathetic reason for the movie to exist. This is, remarkably, in American movies, a new thing.

This happened last year in Call Me by Your Name, where Timothée Chalamet and Armie Hammer have a brief affair in Italy in the 1980s, and it seemed something new was being expressed, even though there was no explicit dude-on-dude sex and maybe only more than a flash of discreet male nudity. This was simply a widescreen love story, drenched in mood and atmosphere — and that’s it. As I wrote in Out magazine when the movie was released, it felt post-gay because it wasn’t about the closet or AIDS or bullying or politics or being a victim (all topics much of queer cinema has been enthralled by). And there’s no one to hide from, no punishment, no suffering — except the timeless kind. With the exception of 1970’s The Boys in the Band (which was a play first), American mainstream movies didn’t dare approach the topic of open homosexuality for more than a decade after the Stonewall riots and only briefly somewhere in the 1970s in comedic form (1976’s Norman … Is That You?, in which Redd Foxx discovers his son is gay, and that same year, The Ritz, a farce set in a gay bathhouse and starring Rita Moreno; both also were based on plays). It wasn’t until 1982 that a Hollywood studio actually made the first mainstream gay-themed drama, Making Love, which was both neutered and anguished and whose central situation — young, successful L.A. doctor (beautiful Michael Ontkean) married to successful TV producer wife (beautiful Kate Jackson) has an affair with swingin’ L.A. novelist (beautiful Harry Hamlin) — was resoundingly uninteresting and proved that you needed to have something more going on than endlessly annoying conversations that only worried airbrushed wealthy people can afford to have about who am I? And are you gay? And why are you uninterested in forming commitments?!

Best actor and best supporting actor are likely going to be awarded to Rami Malek from Bohemian Rhapsody and Mahershala Ali from Green Book for playing two real-life characters who were gay and closeted (Freddie Mercury and Don Shirley, respectively). That’s a remarkable first that no one seems to be commenting on. Just as no one seems to be heralding the fact that Bohemian Rhapsody, a movie with a gay man — the movie’s hero — at the center of its nearly 135-minute running time is now the highest-grossing drama ever made. Despite its PG-13 rating and lack of sex and nudity, it actually navigates more deeply than I thought it would the complicated gay relationships Freddie had. And in often dark ways — if at times clumsily handled — it doesn’t shy away from his gay pain. 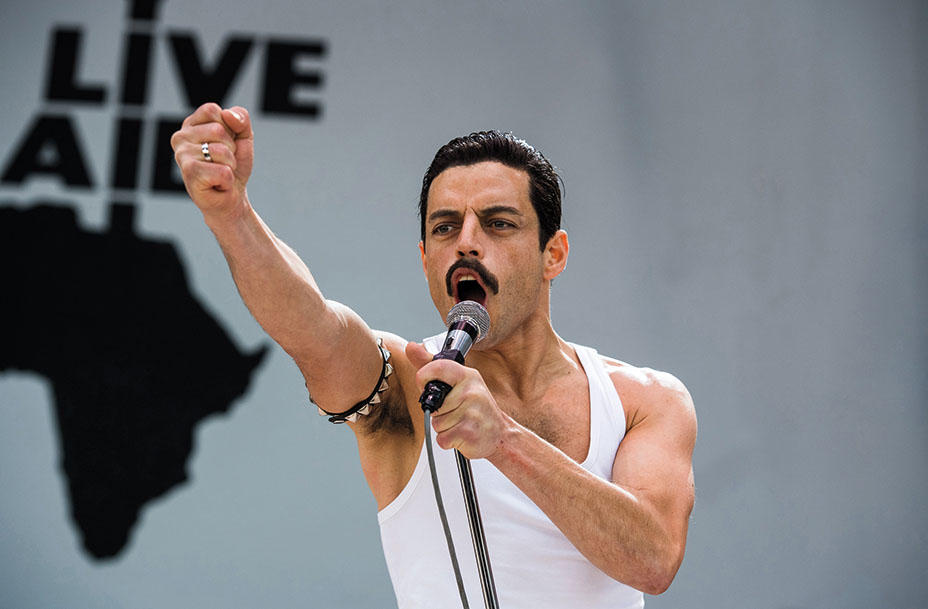 But one reason Bohemian Rhapsody can be seen as post-gay is that the movie sees Freddie as so much more than his sexuality. He’s a titan, a rock god, a towering singer and musician, and he’s not solely defined by his gayness. It isn’t the central problem the movie needs to resolve as it has been in most queer cinema, even as recently as two 2018 films on LGBT subjects, Love, Simon and the gay-conversion drama Boy Erased. Freddie needs Queen, and he and his bandmates have got to put aside their differences because if they don’t get it together and perform at Live Aid, more starving children in Africa will die! Now bloody hell, sing! Salvation for Mercury always came from performing, and he preferred people to look at the singer and not the man, which is why he gave so few interviews during his life. He wanted people to remember him as Freddie Mercury and not as an AIDS victim, and the movie wants us to remember this as well.

Yes, Don Shirley had two disadvantages in 1962: He was black and gay, but critics of Green Book seem to conveniently forget that the movie is really Tony Vallelonga’s story, and it’s mostly a very amiable comedic drama, a feel-good PG-13 fantasy not to be taken too seriously. In the one scene where we find out Shirley is gay (he’s almost arrested during a sexual encounter with a white man at a YMCA pool), Tony bribes the officers to prevent Don’s arrest and afterward reacts to Don’s sexuality with a shrug. Tony’s seen it all working in Manhattan nightclubs. And this is, in its own tossed-off way, as progressive and enlightened a moment as anything in Love, Simon or Boy Erased. Plus, Green Book is a lot more entertaining. 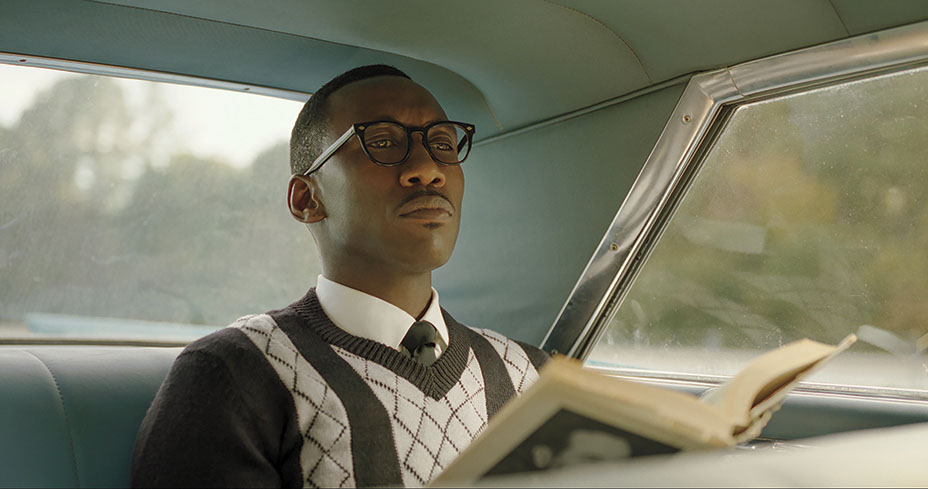 “Progressive” critics slammed Green Book as a white savior movie (did I actually watch the same film?), but this particular situation would have made no dramatic sense (and been unbearable) if it had been Shirley’s story. Since it’s Tony’s story, the movie is able to lightly mock both men on their road journey toward acceptance and friendship, which is what makes the film so fun to watch. Maybe the fake-woke entertainment press would’ve solely preferred the Noble and Refined Black Man Schooling the Dumb, Racist White Guy version, and then they wouldn’t have to be campaigning against the movie and shaming Academy voters into not supporting Green Book for best picture. Ideology running amok is everywhere, and it makes one wonder if Moonlight would have won the Oscar for best picture if the same movie had starred a white boy named Charles. Moonlight opened in such a fraught moment in 2016 (with black guys getting shot every day, Donald Trump winning the election) that the movie morphed into a movie no longer about gay identity but a representation about black identity. And that, it seems, sealed the deal for its Oscar victory.

In Can You Ever Forgive Me?, Melissa McCarthy as Lee Israel and Richard E. Grant as Jack Hock are hardly shining beacons of gay representation. She’s a bitter and lonely alcoholic, a scam artist who forges celebrity letters for cash; he’s a drug dealer who basks in a kind of intense frivolousness. And they are only sentimentalized in their last scene, where someone is dying of AIDS and the other asks for forgiveness. But their gayness has nothing to do with the engine of the movie. There are many things more interesting about them as characters. The ladies in The Favourite are all in heterosexual relationships yet use sex with one another as a kind of weapon — power moves that advance the plot, and because of the strange tonal quality of the movie, the sex is often played for laughs. It’s also the most sexually explicit of these four nominated films, and yet I doubt it would have been as successful or appealing if the three characters had been men. There is still something about the depiction of gay male sex that makes audiences squeamish, and — unlike the women in The Favourite — we never see Freddie or Don Shirley or even Jack Hock (who gets a little muted action) sucking or fucking or fingering anyone. Maybe that’s why they’re more palatable for mainstream audiences as well as members of the Academy. 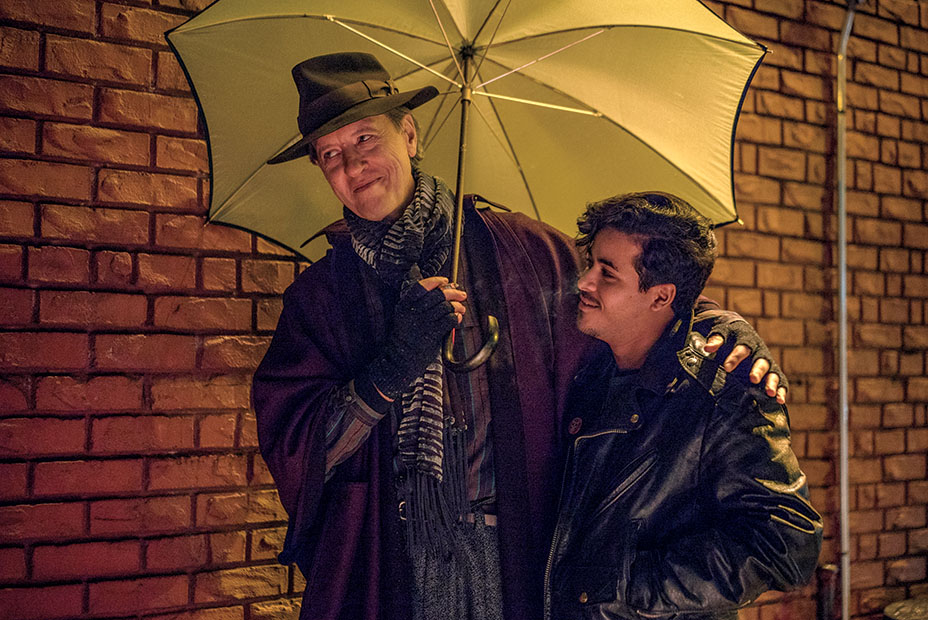 Aside from these nominated actors, gay male characters were hardly around at all in 2018 mainstream American movies: When I looked over a list of the 170 movies I saw last year, I could find only three others with a leading gay male character or a substantial gay male supporting role: Love, Simon and Boy Erased. Blink and you might miss the fact that Jonah Hill’s character in Don’t Worry, He Won’t Get Far on Foot is in fact gay — something we don’t learn until the very end when, yes, we realize he’s dying of AIDS. But that’s it, folks.

Love, Simon and Boy Erased are first and foremost pleas for representation. And yet our great movies aren’t great because of representation and ideology. They’re great because of aesthetics and talent. Few modern films are as riveting as Jonathan Demme’s masterpiece The Silence of the Lambs, which swept the 1992 Oscars and whose central villain (besides Hannibal Lecter) is the wannabe transsexual Jame Gumb (played by Ted Levine) who happens to be a serial killer — a character, according to Demme, who simply hated himself and wished he was a woman. This brilliant and terrifying movie contained a handful of memorable movie characters (from Hannibal to Clarice Starling to Dr. Frederick Chilton to U.S. Sen. Ruth Martin to, yes, Jame Gumb) who are all in a swirling pitch-black thriller for adults and not starring in a public service announcement. It wasn’t concerned with ideology or representation (though in many ways it is a feminist movie), and its main focus was to simply tell a gripping story with everyone working at the peak of their craft.

One gets the terrible feeling that this classic would never be made today, let alone win the Oscar, in our current culture where everyone is screeching about victimhood and inclusivity and representation and identity politics — all of which distort reality and have absolutely nothing to do with creating art. By the time The Silence of the Lambs was heading to Oscar glory, earnest-if-misguided protests from the gay and trans communities appeared, and it feels like this was why Demme immediately made the overtly earnest Philadelphia — as if he was apologizing for all the fun-house dread, excitement, gore and thrills he supplied in The Silence of the Lambs. Despite the controversy and the protests at the Dorothy Chandler Pavilion, the movie ultimately deserved the awards it won. Because the Oscars are supposed to ultimately go to talent and merit and not merely representation. When talent and merit are replaced by representation, then we’re living in a world that doesn’t care about movies anymore.

BRET EASTON ELLIS is the author of White, a new nonfiction book about free speech in corporate culture.