Hef was my friend. He was the coolest. And the hippest. And at the same time, the squarest. While he transformed from an Illinois prude to the ultimate urban sophisticate, he never lost the Midwest values on which he was raised. His word was bankable. His heart was a well of emotion, open for all to see. He was the least prejudiced man I ever knew. He had deep pockets and long arms.

I admired him differently at different times. When I was a kid, he was the embodiment of everything I wanted but seemed hopelessly out of reach: beautiful women, a kingly mansion, a bunny-emblazoned DC-9. He smoked a pipe and wore ?pajamas, both day and night. So did my uncle Mario, but he was a doctor and unfortunately wasn’t dating Barbie Benton.

In those days, Hef’s name was synonymous with sin. For me, like most young American boys, getting my hands on a Playboy was the ultimate forbidden fruit … the joys of living before the internet. But in those days, I thought the interviews with Norman Mailer, the short stories by John Cheever or the poems by Allen Ginsberg were mere fillers that kept The Girls of the Big Ten from slamming directly into Miss November.

In my 20s and 30s, when fortune smiled on me and I actually came to know Hef, spending time at the mansion, I admired his decency and his hospitality, how he made this Jewish kid from Miami Beach with a couple of movies under his belt feel as if he’d made it in a town that can be both magical and difficult. I also realized that by his fostering the literary and performing arts, by putting the wealth of his organization and the power of his convictions squarely on the side of civil liberties for all of our citizens, he was trying to make this country a better and fairer place. 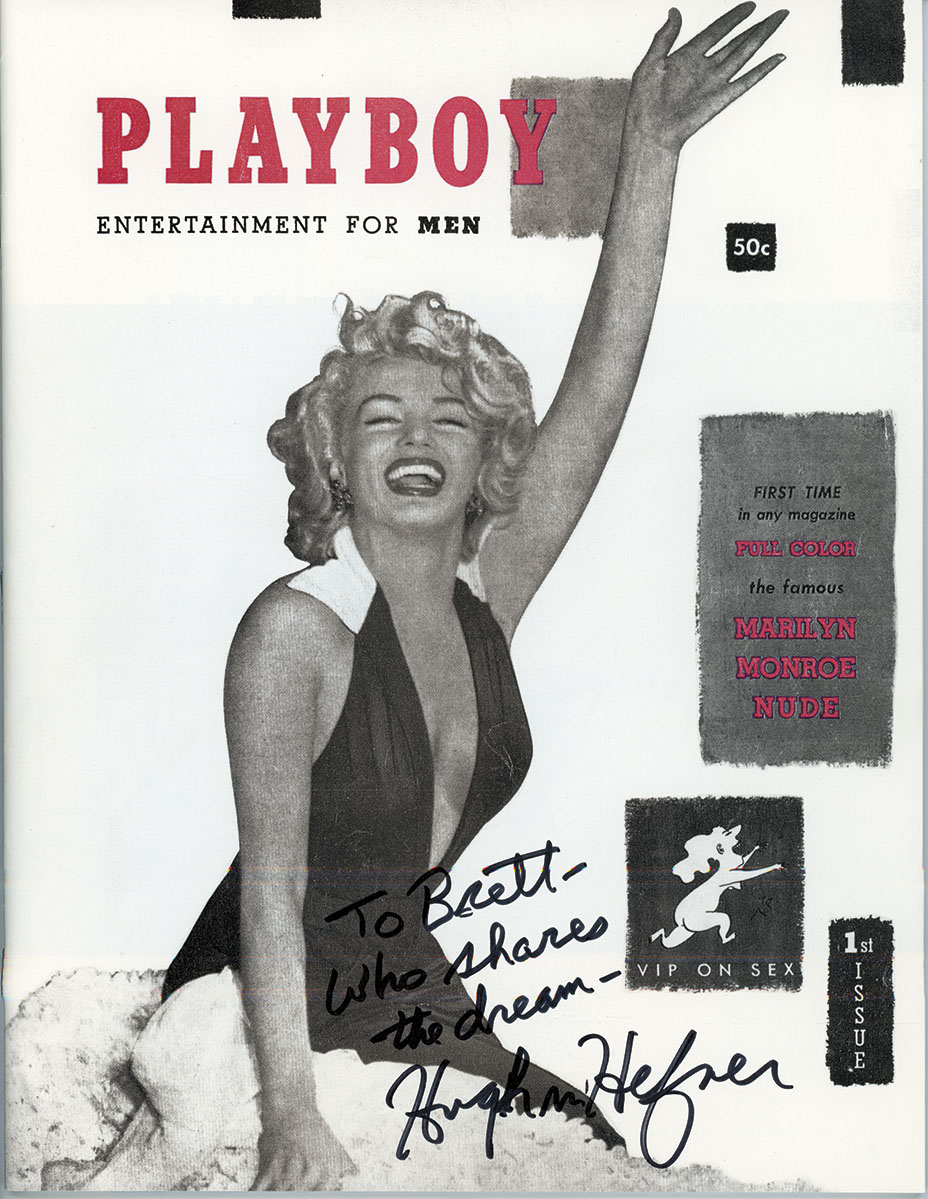 Now that he’s gone, I realize more than ever that he didn’t have to do those things. Many titans of industry have no interest in contributing to the Greater Good. Certainly Hef enjoyed money and what it could buy. But his most treasured acquisitions were friends of whom there are too many to count and causes that were unabashedly progressive — of which he was justifiably proud.

My personal relationship with Hef actually started when I read that Brian Grazer was to produce a biopic about him. I sent Brian my classic 1970s playboy pinball machine with a note telling him that he’d found his director. After Brian capitulated, I had a series of meetings with Hef, desperately trying to crack how to tell the story, which is the odyssey?of his life. The development process went through many incarnations — Imagine, Universal (with Robert Downey Jr. attached), Jerry Weintraub at Warners, and then, thankfully, it became available again. A dream came true: I bought it for RatPac. There will never be another Hugh Hefner, but getting to make a movie about his life is, I guess, the next best thing.

The America into which Hugh Hefner was born was in many ways intolerant and repressive. He, among only a handful of men in our history, made it less so. It saddened him to see the pendulum swinging the other way. But Hef was ?the consummate optimist. I’m sure he passed on believing that the pendulum will swing back, that the progress he was ?committed to and facilitated will ultimately become a permanent part of our national character.

Jared Leto to Star as Hugh Hefner in Biopic (Exclusive)

A version of this story appears in the Oct. 4 issue of The Hollywood Reporter magazine. To receive the magazine, click here to subscribe.