Brian Tyree Henry finds it hard to let go of his character William after each performance of Lobby Hero, the production that brings him back to Broadway for the first time since his 2011 debut in The Book of Mormon.

William is a security guard torn between his loyalty to family and his desire to tell the truth when his brother is accused of being involved in a violent crime. Kenneth Lonergan’s 2001 play, on Broadway at the Hayes Theatre in a limited engagement through May 13, is set in the lobby of a New York apartment building, where William vacillates between venting his frustrations to his colleague Bill, played by Michael Cera, and pulling rank on him as supervisor in an effort to give the younger man some much-needed guidance.

“He’s hard to shake,” says Henry, who trained at Yale School of Drama. “There’s a certain likeness that I have to him about his life and my life. At the same time, I don’t want to be one of those actors who is like, ‘I am William and William is me.’ And no matter how much I understand him it doesn’t change the outcome of what happens. That’s hard to shake sometimes.”

The second season of Atlanta is currently airing, and Henry, who was Emmy-nominated last year for his guest role on This Is Us, has several films coming out this year, including Hotel Artemis on June 8 with Jodie Foster and Sterling K. Brown, and White Boy Rick on Sept. 14 with Matthew McConaughey. 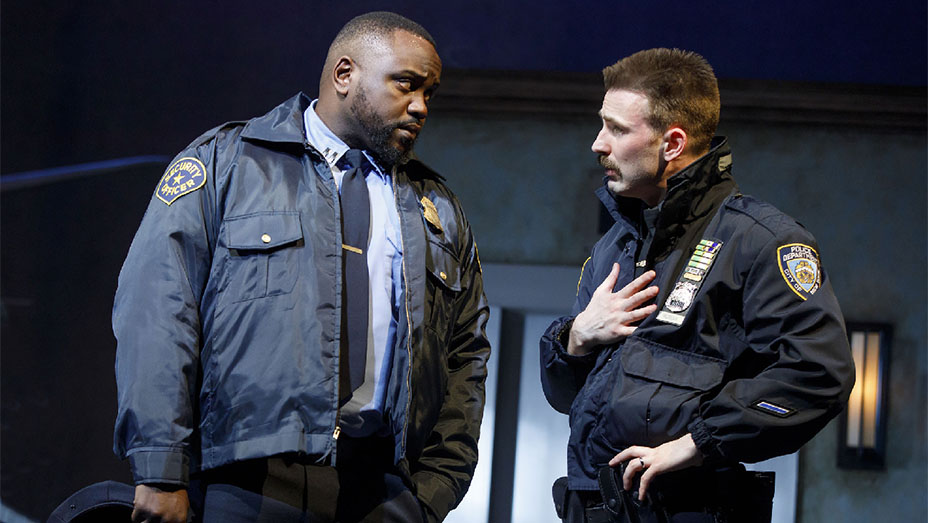 Henry went Off Script with THR to talk about how he prepares for the role, what he’s given up, and his favorite moments with his castmates.

What do you admire about your character William?

What I admire about him is his nobility to family and just his desire to always tell the truth, his desire to be trusted. I think he’s somebody that we all can relate to. At the end of the day, he’s constantly being challenged about whether or not he’s doing the right thing. Some of that is a hard thing to shake off. Being the only person of color in the show and then having this whole situation of what’s going on with his brother. We know this tale, this tale that’s old as time. It frazzles him a bit. It frazzles me, when I play him.

How do you identify with him?

We’re both black men in this time realizing that there are not a lot of people who are willing to listen to us and really identify with what we’re going through. It causes a distance sometimes between understanding one another and being able to tell the story of what it is that we relate to as people. There’s also something about him and his wit and his humor and his sharpness. He can be very stern at times, but deep down, he’s just the softest person you’ve ever seen in your life. And I think he’s constantly looking for someone to listen to him. It’s very easy for him to feel alone because he’s only known what it’s like to be in this job since he was 16. He’s constantly searching for meaning in what he’s doing, and hoping that he’s doing the right thing at all times.

What’s the toughest part about doing the show?

The schedule — doing it six days a week, eight shows a week. It’s daunting, but I really do enjoy coming to do this play every day.

What’s something that you had to give up for the role?

All the time that I spend out and about. Like I said, it’s very hard for me to shake William when I get home. I live up in Harlem so I kind of, like, isolate myself at the end of the day. I find that I don’t really go out as much or talk to people as much as I want to because I’m constantly still holding this thing about what William is going through.

Do you like carrying the character with you so much?

No, I don’t. I hate it. I absolutely despise it. I cannot stand it. If it’s affected me that way, there’s a reason that he’s there in my head. I’m trying to listen to what it is he’s trying to tell me.

Do you have anything special in your dressing room?

I spend a lot of time watching Investigation Discovery crime shows for some reason. I feel like William’s aspiration is to be one of the cops, to be one of those people out there affecting some change and doing some good for the people around them. Doing this show, especially, it really mellows me out. It could be worse, man. I’m such a weirdo. It’s my favorite thing.

What’s one of your favorite memories with your cast so far?

I had a birthday party that I threw last week that I got to DJ and dance my face off at, and they all came. They got to really experience what a Brian Tyree Henry party is like, and it was amazing. Then they surprised me with a cake onstage, and the whole audience sang to me. It was so unbelievable. It’s going to be hard to top that birthday. That’s how this unit works. That’s how we are with each other.

You also have the film Hotel Artemis coming out June 8. Can you talk about that project?

All I ever really wanted was to be in an action movie with a slow-motion walk next to my best friend, Sterling Brown, and I got to do it with this movie.

Did you work with Sterling when you guest-starred on This Is Us?

We got our start here in New York. We’ve done plays together for years. But we never were like in scenes together. We would be acting adjacent. I was like, “I’m really tired of this.” Even when I did This Is Us, we had one scene where I was like older, but I didn’t really get a chance to interact with him. One of my favorite movies is Face/Off. I was like, “I want to do that.” We should be those guys. And lo and behold [director] Drew Pearce created this movie called Hotel Artemis where we get to play these two criminal brothers. It’s going to be so amazing.

I didn’t realize you were such good friends.

I’m the godfather to his son. He’s the biggest component of me moving forward in my career the way that I have. He’s always been like, “You can do this, you can keep going forward.” And I was like, “All right, if you say so and here we are.” I can’t look that horse in the mouth without thanking him every day. Now we got a movie coming out together.

You should come back and do a Broadway show together.

From your mouth to God’s ears. Don’t get me started. 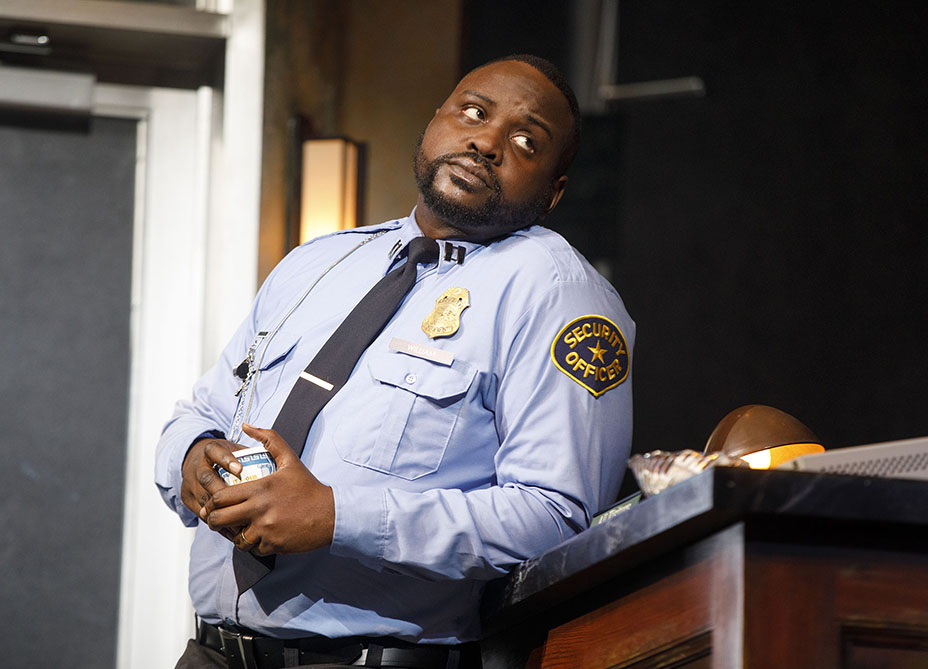