'Beetlejuice' to Close on Broadway in January, After Fan Revival

At the Toronto Film Festival in September, Brian Tyree Henry had three films premiering: Steve McQueen’s heist thriller Widows, Barry Jenkins’ drama If Beale Street Could Talk and the Yann Demange crime drama White Boy Rick, starring Matthew McConaughey. His work varied in length yet equally displayed the Yale drama MFA’s vast range. The festival reflected the Tony- and Emmy-nominated actor’s busy state of affairs during the past couple of years: Along with those films, he joined Kenneth Lonergan’s Broadway play Lobby Hero in March and reprised his role as Paper Boi in the second season of FX’s Atlanta. The North Carolina-born star, 36, spoke to THR about his process for picking roles, his return to the Broadway stage and the challenges of his Beale Street “war cry.”

How do you choose what films you want to be a part of?

How did you approach the powerful scene in Beale Street where your character, Daniel, talks to Stephan James’ character, Fonny, about how it feels to be in prison?

Daniel and Fonny are those friends that go way back — damn near brothers in a sense. And particularly brothers-in-arms, as most black men had to be for one another then and even more so now. Their experiences of walking through life as individuals is one thing, but the similarities of oppression, prejudice and lack of access in the world because they are black men is palpable in this scene, especially when Daniel reflects on his time incarcerated. This “war cry,” as I call it, heeds itself as a warning to Fonny. Barry uses his lens as a way to lock into these feelings.

How did it feel to watch that scene for the first time?

It was not easy to watch. I kept my head tilted to hide the dripping of tears falling but also to make my vision askew, to see that world on a tilt because that’s how walking in this world as a person of color always feels to me — trying to walk vertically in a world that wants you to be obtuse.

You returned to the stage for Lobby Hero, which earned you a Tony nomination. When do you get that itch to return to stage acting?

My dream was to always be in a Broadway play. I remember thinking, “Well, you’ve got to be a celebrity and white to go to Broadway in order to get recognized in any kind of way.” I just wanted to come home. I literally cut my teeth [in New York] in theater. Theater is the most honest thing in the world because not everybody can do that. Once that curtain comes up, that’s it. You can’t restart, you can’t go back, and you have to live that life from beginning to end. You have to go through that whole thing. Something about theater that I love so much is that you buy this ticket, you commit to come into this room, and you are committed to sitting next to complete strangers, watching a whole story unfolding in front of you. 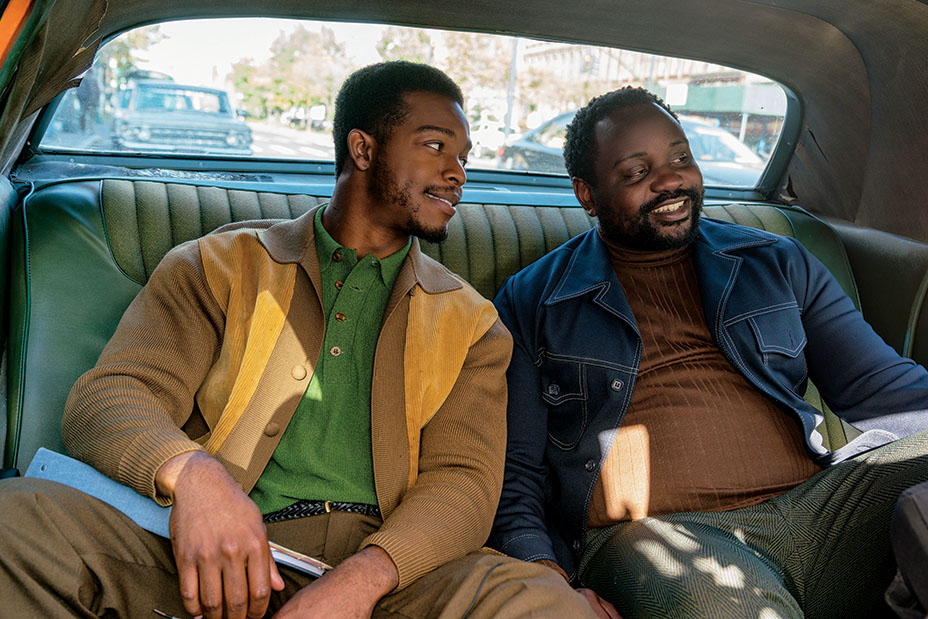 What do you enjoy about working in theater?

It evokes something. It’s like a spell because you end up talking to people that you probably won’t talk to. I remember doing Book of Mormon — regardless of what happens, I’m going to have to come out here every night and sing, “Fuck you, God, in the ass, mouth and c—,” and y’all have to figure out how you feel about that. But at the end of the day, if I can see this 13-year-old black kid who’s from Brooklyn sitting next to Geraldine, who’s on the East Side and has pearls and a dog named Foo Foo, and they can sit there and talk about what this means, then I’ve done my job.

Atlanta: Robbin’ Season showed Paper Boi dealing with fame, his relationships and the industry. What did you enjoy about this past season?

What I love about the second season is that it’s so appropriately titled. Because all four of us [Henry, Donald Glover, Lakeith Stanfield and Zazie Beetz], personally and professionally and character-wise, got robbed a bit by different things in our lives. I lost my mom, so that’s a loss, that’s an “L” already. And we’re no longer in the place that we can walk the streets of Atlanta the way we used to. This whole season was Earn [played by Glover] saying, “Did you sign those papers? Did you do this?” Meanwhile, you haven’t asked me about why there’s bandages on my nose because I got fucking jumped the night before, I almost lost my life, and there was nobody there. I’m so tired as a black person having to think about my mortality. I mean, that shit is real; it is real every day when I leave home, when I wake up. It’s just like, “OK, how do I make the best of whatever time I have on this planet as a black person?” Because somebody is not going to see me as a human being.

This season seems to have dealt with emotions in a much deeper way.

That’s what I was very happy about. I was like, “Can we talk about mental health please?” It’s OK for us to be sad, it’s OK for a 6-foot, 260-pound man to cry. There’s nothing wrong with that. You better let that black man cry because at the end of the day, you’re constantly told what you can and cannot be in this world, and you have to know who’s on your team. That was what was so hard about going through what I was going through with Earn because I was like, “You’re supposed to be there. You’re supposed to be there.”

You’ve played a lot of law enforcement characters recently, in White Boy Rick, Lobby Hero, Spider-Man: Into the Spider-Verse and also in the upcoming films The Woman in the Window and Child’s Play. When you’re offered these roles, are there complex feelings attached to that?

I have four older sisters, and they’re all in security in D.C. All of them have bulletproof vests, all of them have guns, all of them have protocols. They could kill me. I remember the shooting of Philando Castile, and I just remember going fucking ape-shit crazy. I live in Harlem, and I remember being so enraged. I called my sisters like, “Quit your job right now. Not only are you a black woman, but you’re a black woman cop.” One of them was like, “I can’t. I really can’t. I can’t do that.” I took a step back, I was like, I can’t make her do that. Who am I mad at? Because this is the fucking job that pays your bills, you are good at it, you got a high-ranking level. But who am I to tell you what to do with that?

So why do you think these cop roles are coming your way?

There’s a reason I’m playing these detectives. Because the one thing I like about these detectives is it is now putting me in this frame of mind of this person who chose this job, who wants to protect us. And believe it or not, most of the police that joined, it’s because they want to protect and serve. It just so happens that there are a lot of places where being a cop you have an agenda and you don’t really give a fuck about the communities that you patrol. But that’s not all cops. It’s enlightening. At the end of the day, the humanity of these people is what I’m trying to get to. 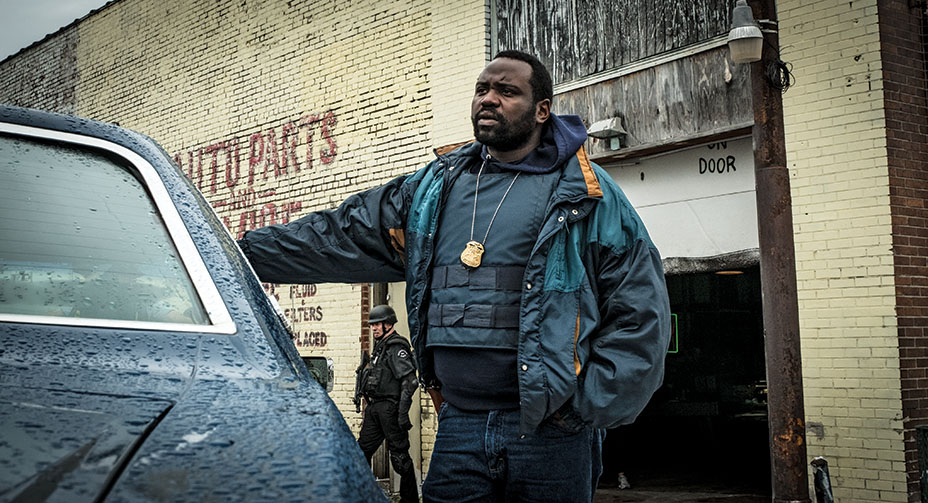