After a series of shifting release dates, Sony’s The Broken Hearts Gallery finally made its way onto the big screen Thursday, premiering at the studio’s drive-in on its Culver City lot.

The rom-com, previously set to hit theaters on July 10, then July 17, then Aug. 7, will officially make its debut on Sept. 11 nationwide. Ahead of that, writer and director Natalie Krinsky introduced the film in front of 50-plus cars and two large screens under Sony’s signature rainbow art installation.

“This movie is literally my longest relationship — it’s been in my life for over 10 years and it’s very surreal to be standing here in the midst of a global pandemic premiering this film,” Krinsky said, who makes her directorial debut with the project. “One of the greatest things about directing a movie is, truly, you get to hire people who are more talented and more creative and much better looking than you are, and then you get to take credit for all of their work.”

An emotional Krinsky also thanked the film’s producers, including EP Selena Gomez, “who allowed me to direct a movie when I hadn’t directed anything, including traffic,” and extended a special appreciation to Sony, “who believed in this movie and bought it during a global pandemic.” 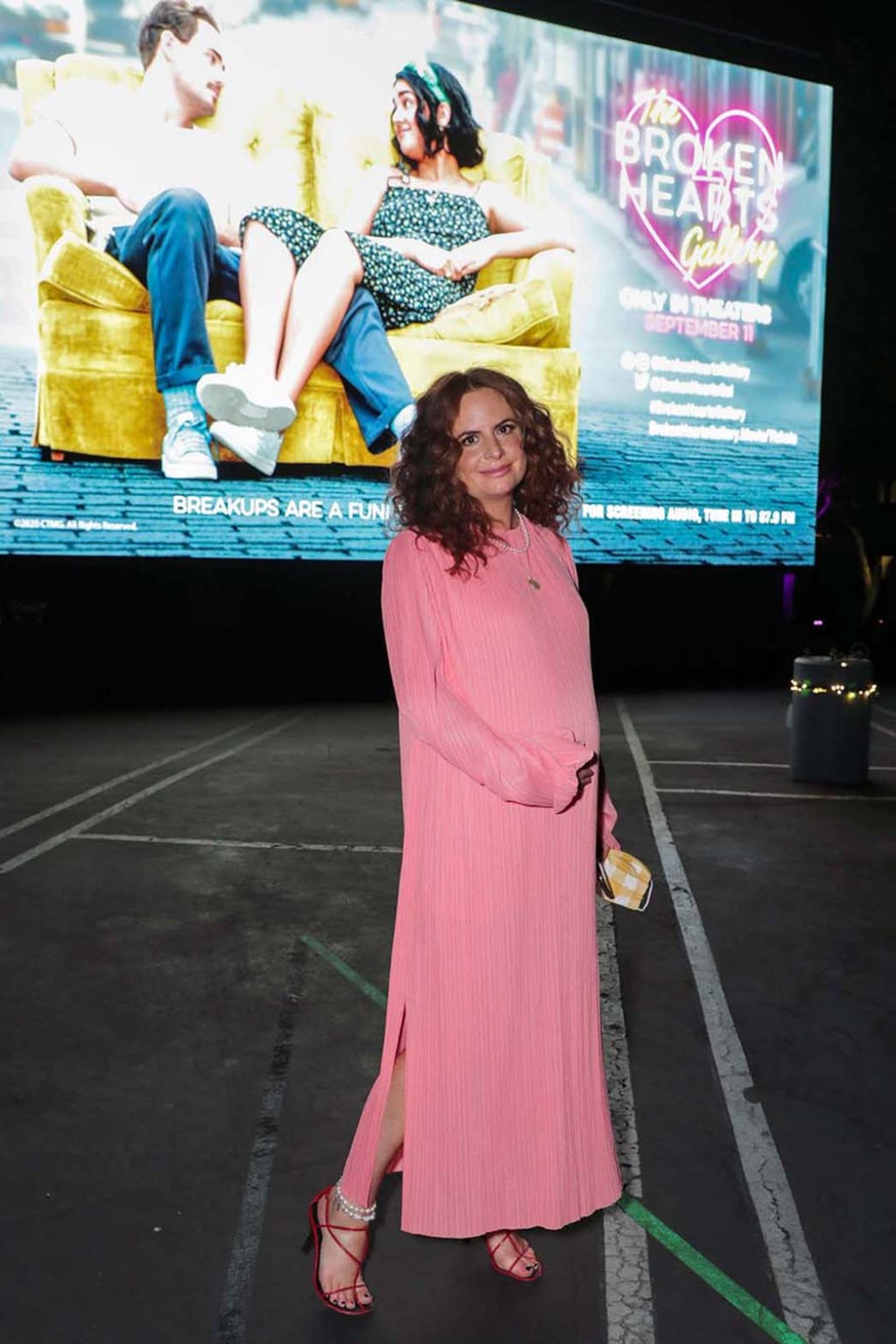 “It is really a movie about a young woman who finds herself by letting go and I think that’s something we can maybe all learn a little bit from,” Krinsky said, before bringing out Gordon, Castro and Megan Ferguson (all in masks) to join her under the spotlight.

Viswanathan and Montgomery were not in attendance, but both sent video messages that played before the film, with the Blockers breakout telling the crowd, “I so, so, so wish I could be there tonight, I am so bummed that I have to miss this but I’m so excited for you to see The Broken Hearts Gallery. I’m so excited that you guys are the first audience to see this movie that we had so much fun making.” Montgomery, who said he’s currently in Australia, added, “my heart is definitely with you watching this film. The Broken Hearts Gallery is so fun and so romantic and with the world being so complicated right now it’s the perfect escape. Just sit back and relax and enjoy yourself for a bit, and remind yourself what it’s like to love and fall in love.”

Premiere guests were given a gift bag with snacks, film merchandise and Gomez’s “Serendipity” ice cream, and a photo wall and movie posters were on site for masked photo-taking. Guests were required to sign off on a COVID-19 symptom waiver before entering the lot.

The drive-in event continues Sony’s on-site Drive-In Experience, which it launched in August to a sold-out run of its classic titles. The Broken Hearts Gallery will play at the drive-in, open to the public, from Sept. 10 to Sept. 16.