The 1970s were a wild time, for comic books as much as every other medium. This spring, the question of just how wild will be answered by a brand-new comic book series that re-examines the tropes and cliches of the decade. Prepare to discover Bronze Age Boogie.

The series combines the best-selling comic genres of the 1970s — beyond superheroes — into one wild adventure as monsters, kung fu, fantasy, cosmic adventure and of course apes collide when a barbarian princess faces a martian invasion in 1975 AD. But don’t expect the creative team of Stuart Moore, Alberto Ponticelli and Giulia Brusco to go for the easy way-back jokes with this series.

Mike Tyson Claims Hulu Stole His Life Story for Upcoming Series: "Heads Will Roll for This"

“I’m a child of the ’70s, but I’m suspicious of nostalgia,” Moore tells The Hollywood Reporter. “In putting this book together, I went on a sort of scavenger hunt for fun, neglected things: talking apes, wizards, cheesy martial arts films, improbably philosophical Martian invaders, ass-kicking heroines with afros a mile wide. Then I boiled it all down to a story about a teenage barbarian girl who longs for a different time, a better time than her own. Somehow that seemed very 1970s — and very 2019, too.”

Ponticelli, who’s worked on DC Entertainment’s Unknown Soldier, Dial H and FBP, added that the series “has an incredible punk energy and an incredible mix of all that is exciting about the ’70s,” while colorist Brusco chimed in, “Bronze Age Boogie is one of the most exhilarating books I’ve ever worked on. Apes, zombie dinosaurs, magicians, barbarians, martial art, mysterious glowing jewels, disco balls and time travel…. A feast of characters and settings to fire the imagination of any artist or colorist in the world. All this, and both script and line art keep me giggling at each step of the way. I’m lucky, what can I say?”

Bronze Age Boogie is just one of four new titles being launched as the second wave of Ahoy Comics titles, alongside Planet of the Nerds by Paul Constant, Alan Robinson, Randy Elliott and Felipe Sobreiro; Hashtag: Danger by Tom Peyer and Chris Giarrusso; and the Steel Cage one-off special issue, which features three pilot stories for potential future series by creators including Peyer, Moore, Mark Waid and Peter Gross.

All titles will feature additional backup material including comic stories, poetry, prose and even recipes, the norm for Ahoy titles since the publisher launched last year.

Bronze Age Boogie No. 1 will launch April 3. Below, enjoy an exclusive preview of the opening pages of the first issue. 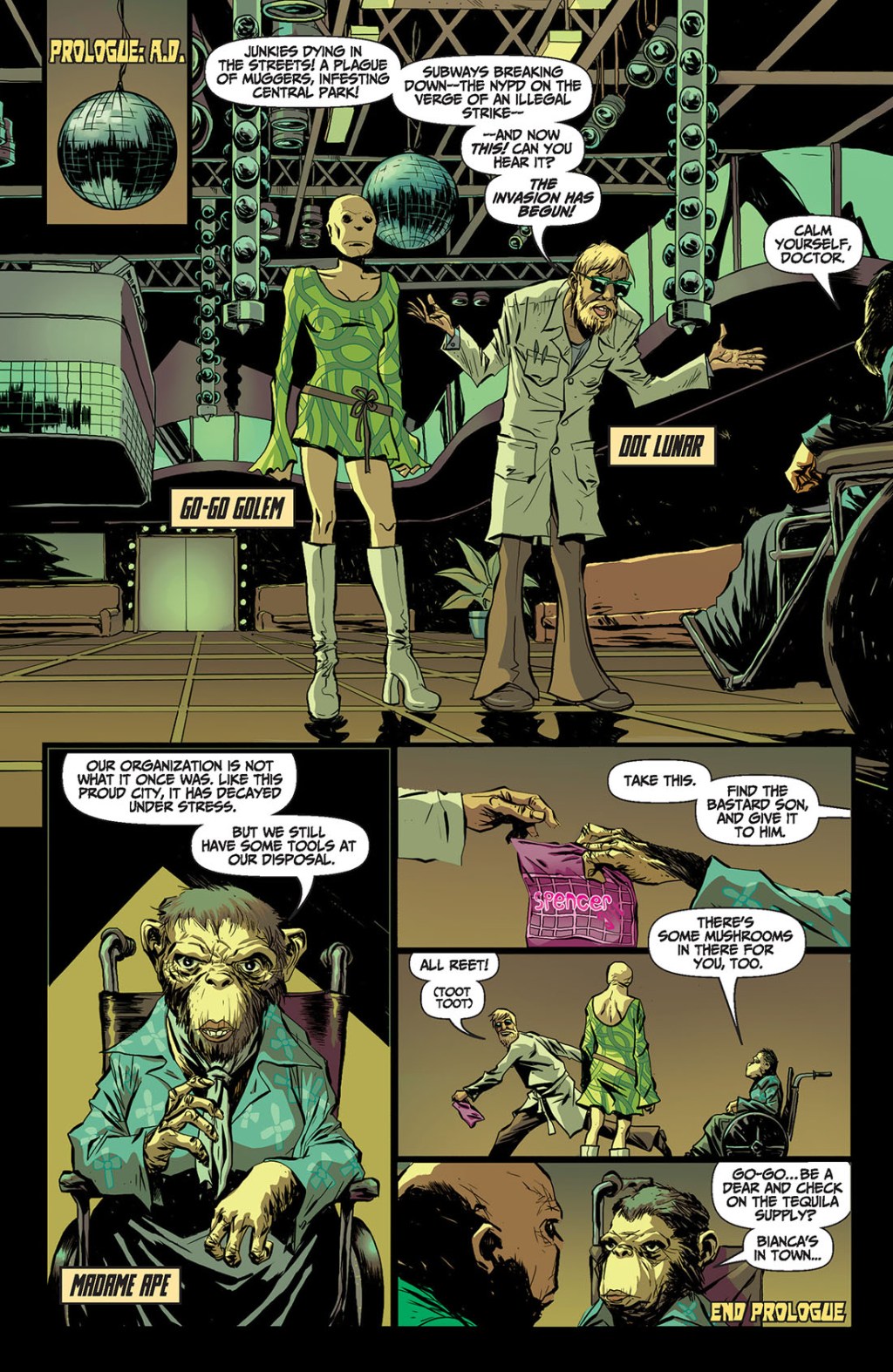 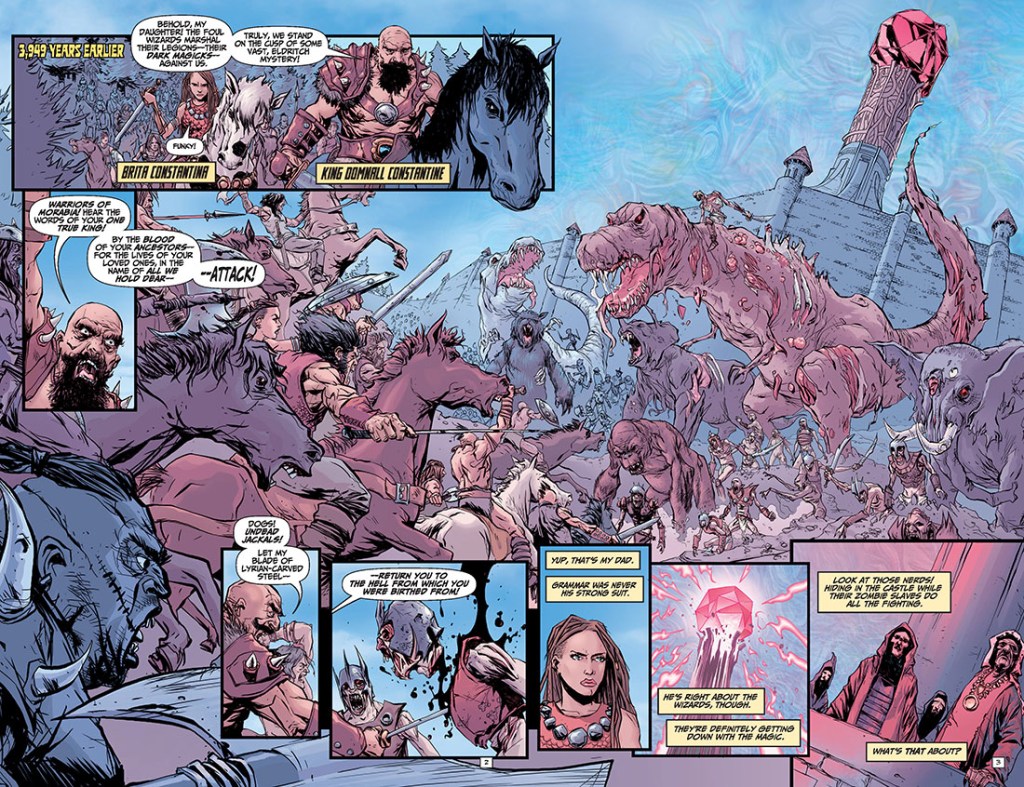 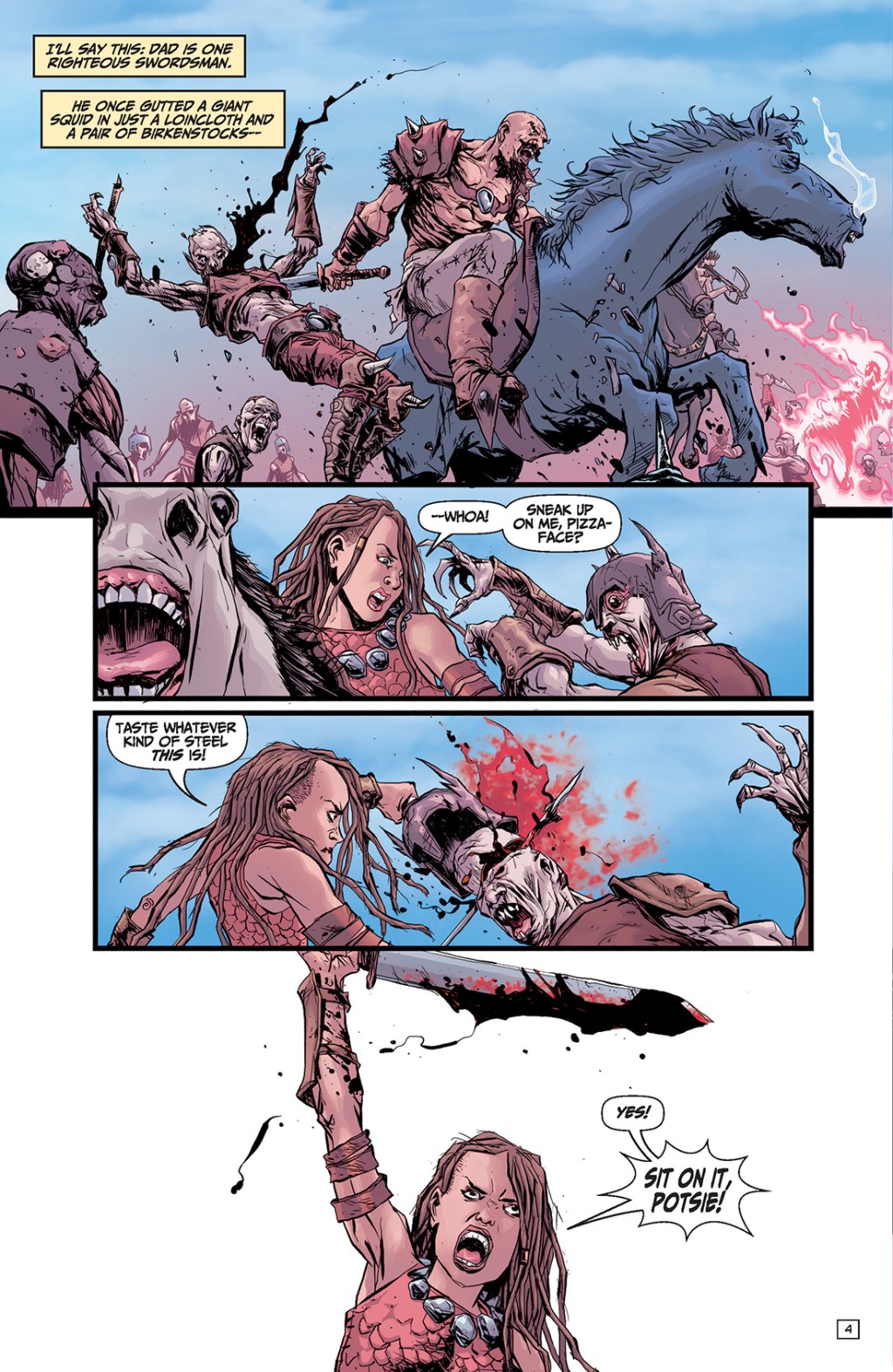 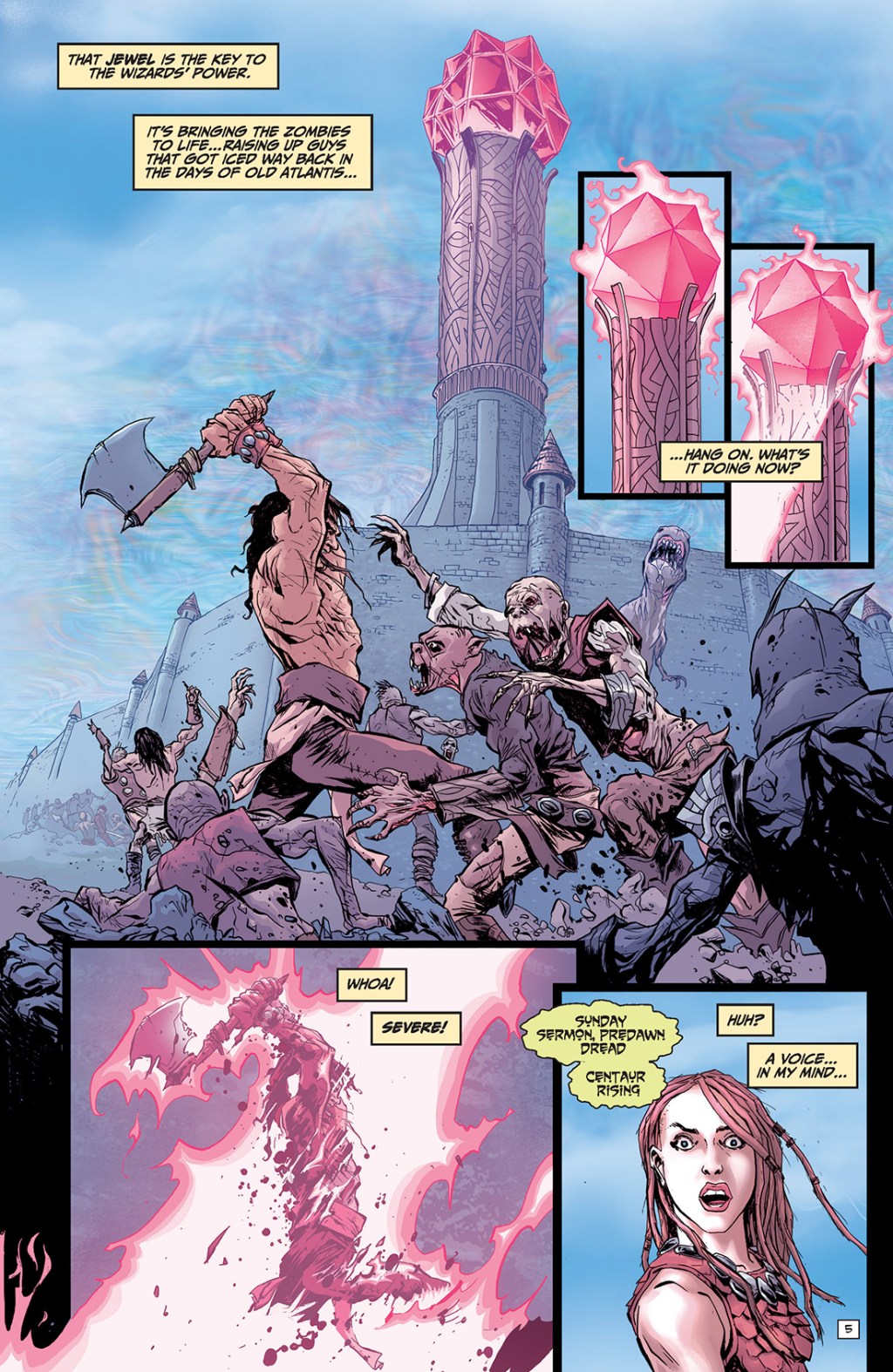