Everyone knows about Vlad the Impaler — at least in his later life, when his actions would eventually inspire the Dracula legend. But what created the murderous man behind the bloodsucking myth? A new series from AfterShock Comics will reveal the surprising origins of one of history’s greatest monsters.

The Brothers Dracul isn’t only about a teenage Vlad Tepes, however; it’s also about his brother, Radu, and their unusual teenage years. Created by The Sixth Gunn and X-Men: Blue’s Cullen Bunn and Kingsway West artist Mirko Colak, it’s a book described by AfterShock as a “tale of brothers and blood.”

“This is the story of the events that turned Vlad Dracul into Vlad Tepes,” Bunn tells Heat Vision. “What we know of Vlad’s history is that during his teenage years, he and his brother Radu were captured and held prisoner by the Ottoman Empire. During that time, they were treated as royal prisoners. They were trained in art, history, horseback riding, archery, and — oh, yeah! — vampire slaying. Of course, these aren’t the smooth, black-caped, charming vampires of the movies. These are nasty, blood-drinking, flesh-eating monstrosities. The terrifying adventures of the Brothers Dracul will change both of their lives forever.”

Colak, who worked with Bunn on AfterShock’s Unholy Grail, promises, “The fans will be surprised and, I am sure, amazed. It’s an exciting project.” It’s also an unexpectedly personal one for the artist, who adds, “I am from Serbia, and the location where the story takes place is only a few hours away from me, so I’m very familiar with the legend, and I’ve always had a desire to do adaptations of the story. We all had an amazing experience and adventure during our work on Unholy Grail. We aim high and together can do big things.”

The Brothers Dracul isn’t just a reunion between Bunn and Colak; Unholy Grail colorist Maria Santaolalla and letterer Simon Bowland are also returning for the new series. “We had so much fun telling a horror story with King Arthur as its central figure, we had to get the gang back together for this story, featuring one of the most shocking icons of horrific history!” Bunn says. 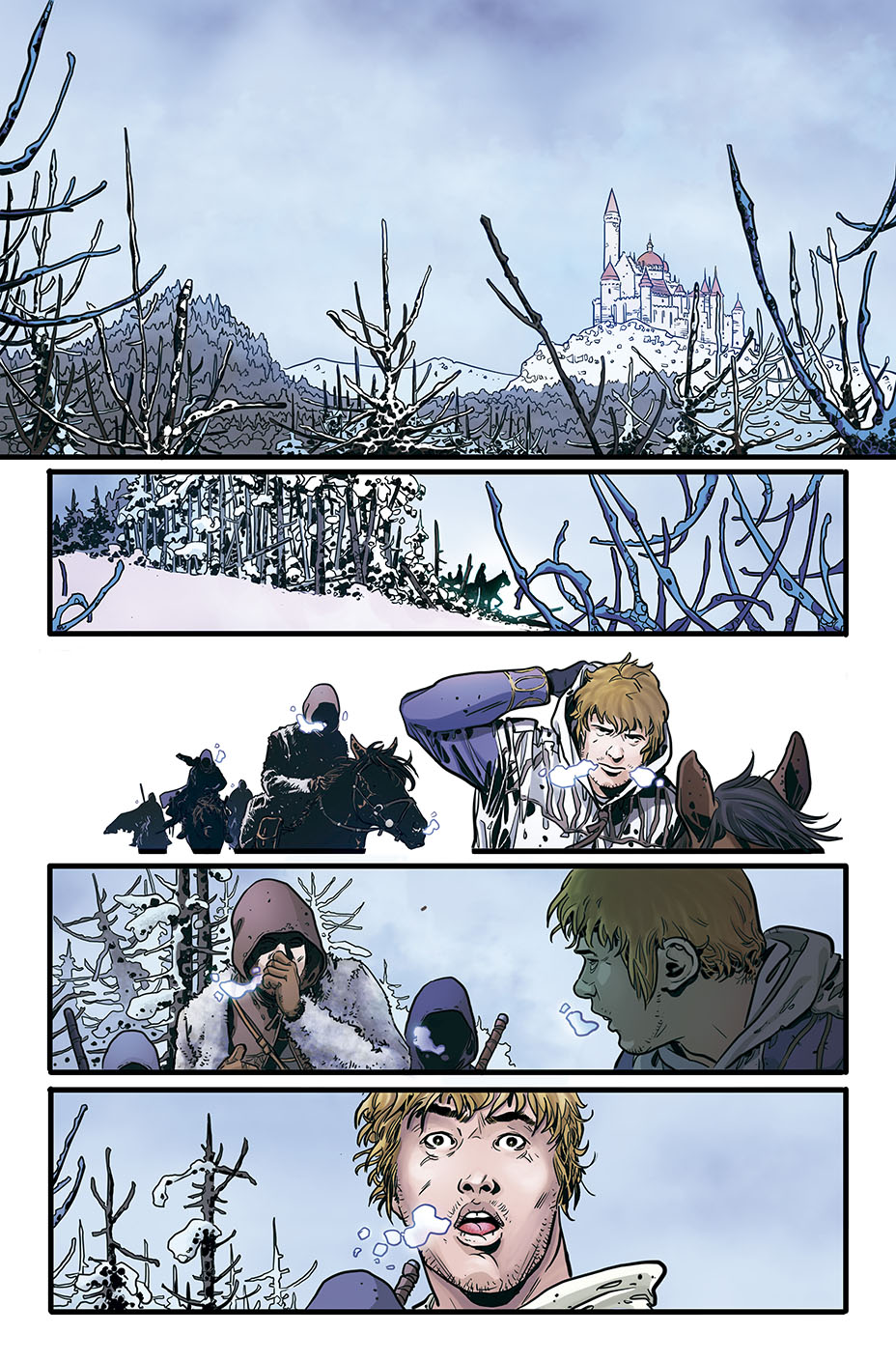 The announcement of the new series comes days after AfterShock Comics won comic distributor Diamond’s Gem Award for Comic Book Publisher of 2017 in the under 3% marketshare division. Publisher and CCO Joe Pruett said in response to the win, “What a tremendous honor to be presented this award after only two full years of publishing. It’s particularly nice to be awarded as such by the people out there on the frontline who are selling our titles, the retailers. Just goes to show that if you put out quality content, you will be recognized.”

The Brothers Dracul No. 1 will be available digitally and in comic book stores April 11.

Dante's 'Inferno' Gets Comic Book Update With 'Her Infernal Descent'