Wednesday night’s screening and party at the Metropolitan Museum of Art for Very Ralph, the Susan Lacy-directed documentary set to premiere Nov. 12 on HBO, was a love fest for subject Ralph Lauren, both the man and the brand, with guests including Michael J. Fox with Tracy Pollan as well as Ansel Elgort, the latest face of Lauren’s Polo fragrance campaigns, and designers Donna Karan, Vera Wang and Tory Burch.

Bruce Springsteen, who was among the earliest arrivals, was asked what he loved about Lauren. “I’ve known Ralph for about 30 years, and outside of the incredible artist, he’s just a lovely guy — a great, great, guy,” the singer-songwriter told The Hollywood Reporter.

“He taught us all to dream, how to create these very detailed fantasies of what life could be like,” said Broadway producer Jordan Roth. “And he has lived the American dream by building an empire around the American dream, by visualizing it and styling it.” Roth and husband Richie Jackson added that their oldest son, 19-year-old Jackson, is a second-generation fan of the Ralph Lauren label, collecting polo shirts in every color. 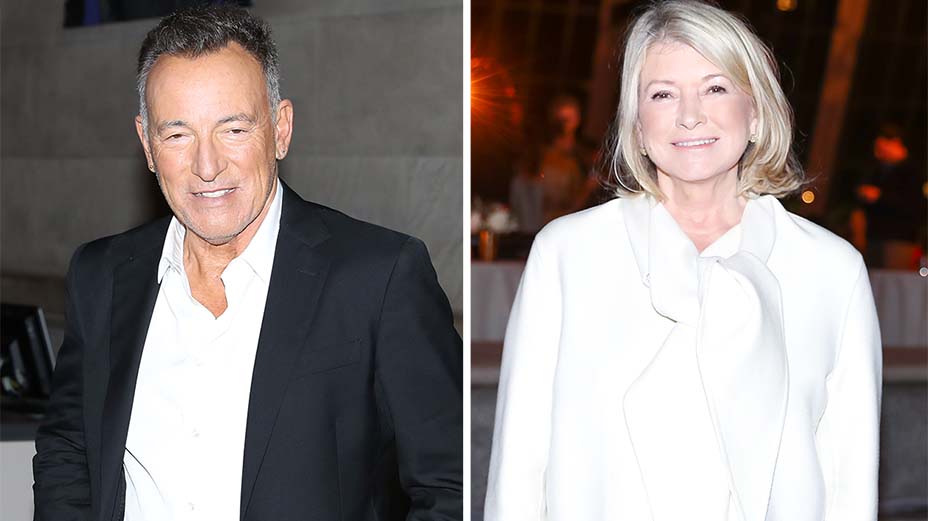 Lauren kicked off the anniversary celebration of his 50th year in business with his spring 2019 show at Central Park’s Bethesda Terrace in September 2018, a star-studded affair that drew Oprah Winfrey, Hillary Clinton, Steven Spielberg, Anne Hathaway, Kanye West, Blake Lively, Jessica Chastain, Pierce Brosnan and other A-listers. Very Ralph is capped by that moment, a celebration of the designer’s body of work, and shows a clearly emotional Lauren as he walks the finale at the show’s conclusion. 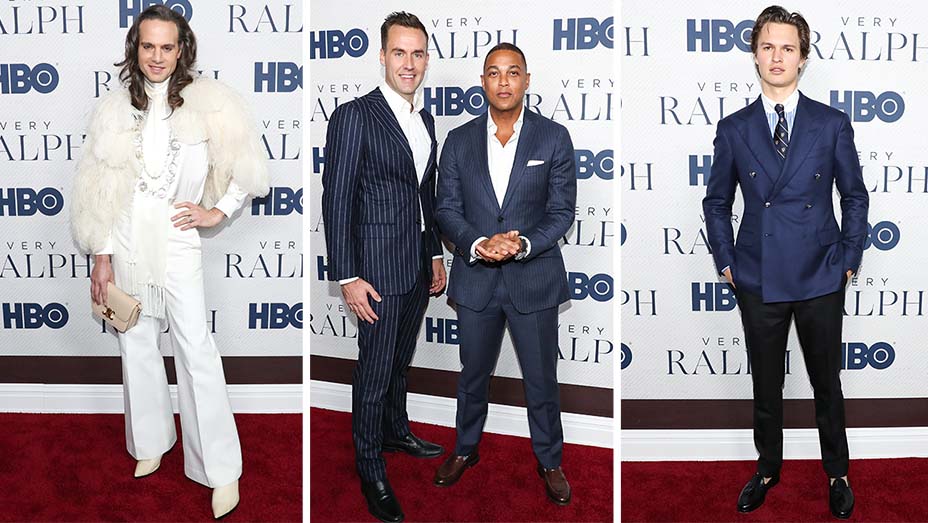 “People don’t know just how real and natural and normal he is — people have never seen his life behind the scenes, because he’s never shown it to them. He’s very private and guarded,” said David Lauren, who walked the red carpet with his wife, Lauren Bush Lauren, and siblings Andrew and Dylan. “The truth was that he really didn’t want to do this until he met Susan and until he worked with HBO. The combination of [HBO CEO Richard Piepler], [executive producer Graydon Carter] and Susan made him feel like he had a dream team to tell his story, in a rich and romantic way.” 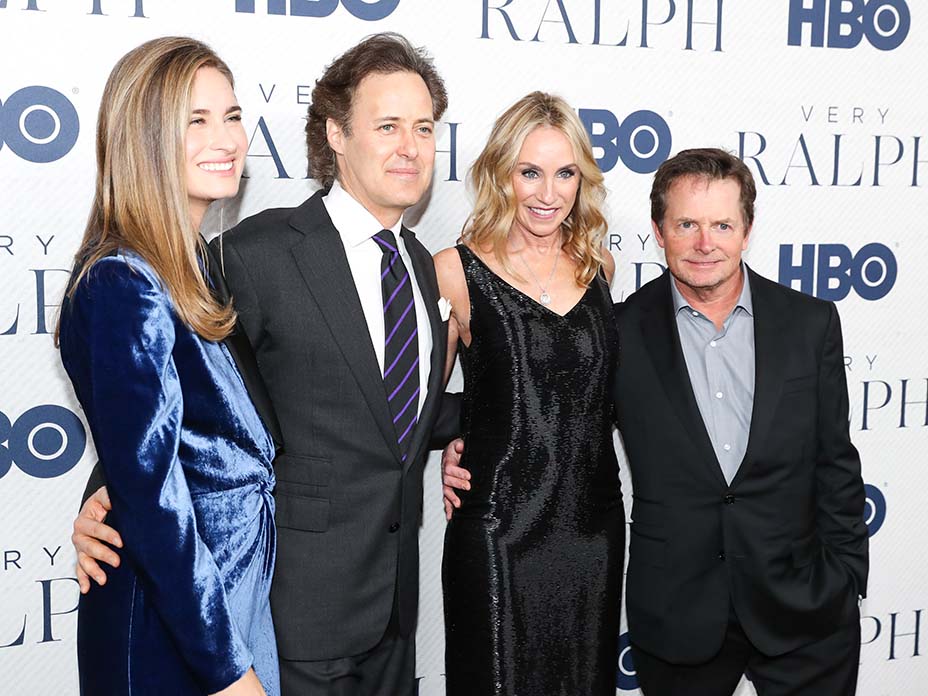 Springsteen wasn’t the only guest who discussed decades of friendship with the designer. “He’s my next-door neighbor, and I’ve worked with him since the 1970s,” noted Martha Stewart. “There was a little store in Westport, Connecticut, called The Common Market, and Ralph sold his menswear, and I sold my food, so we’ve been friends for a long time. I also remember wearing a purple velvet dress of his on The Merv Griffin Show; the other guest was Charo, so it was Charo and Martha and Merv. I think history was made that night. But I wore that dress all the time — sometimes I would add a little lace collar so it felt a little bit more ‘country.’”

Other attendees included a cadre of models who have walked Lauren’s show over the years, including Hilary Rhoda (“My second job ever, when I was 15 years old, was for Ralph, so I’ve felt a connection to him throughout my career,” she said) as well as Karlie Kloss, Harley Viera-Newton and Lily Aldridge. “Ralph has launched a lot of great careers for models,” said Ivan Bart, president of IMG Models. “He’s been innovative from the very beginning. I’m really glad a documentary like this has been done so others can understand his contribution.” 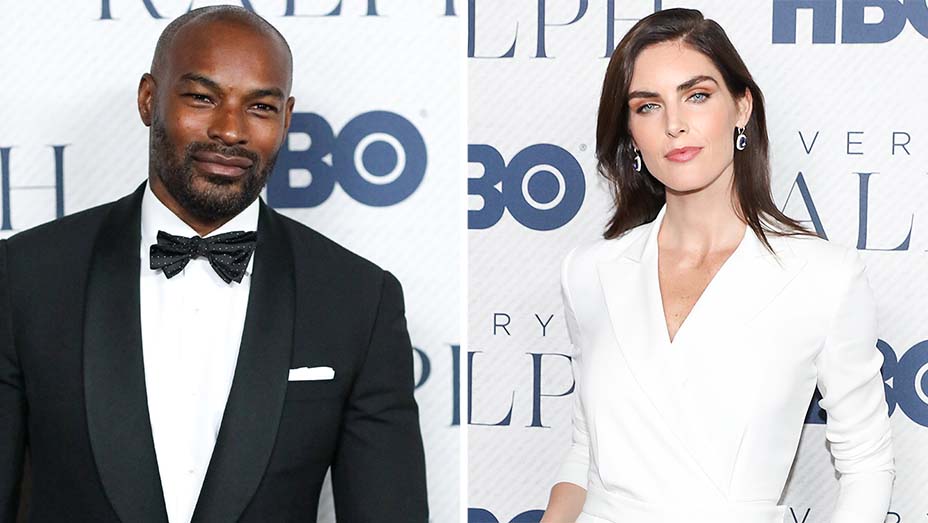 Wearing a Ralph Lauren tuxedo, Tyson Beckford recalled his first shoot for the designer in 1993. “They told me I was going to California, so I packed shorts and T-shirts, and I was so excited, because I’d never been out there before,” the model and actor told THR. “They said, ‘Wait a minute, we’re going to Squaw Valley, a ski resort.’ I was up to my knees in snow, wearing shorts, Chuck Taylors and a tank top. They had to lend me clothes from the shoot, so I went home in head-to-toe Ralph Lauren.”

It isn’t lost on Beckford that Lauren was booking him for fashion shows and ad campaigns decades before inclusivity on the runway became a conversation. “He’s never been one to look at people for their color or their structure,” Beckford said. “He looks at people because they’re beautiful and they fit what he was doing. Whether you were an average guy or an artist or an actor, you just fit, and he brought you along with him. And here we are, how many years later, and he’s still bringing me in. He once told me I’m part of the family — people say that, but he really means it.” 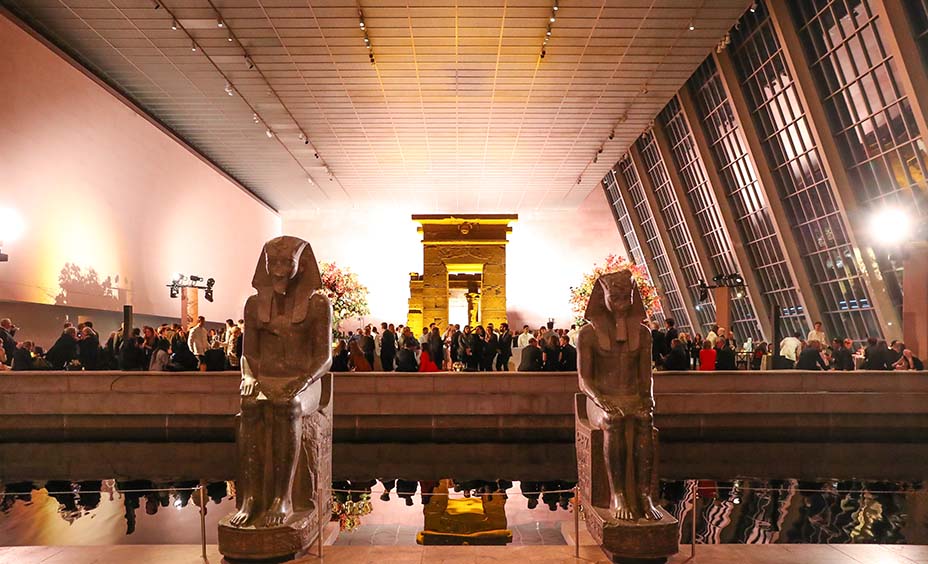 Following the screening, guests adjourned to the museum’s Temple of Dendur for the afterparty, where a bar and buffet tables laden with seafood surrounded the sandstone temple originally built around 15 B.C. The vibe of the premiere and its location ultimately were unsurprising to those who know Lauren. “Ralph is purely about life,” said Karan, one-third of the triumvirate — alongside Lauren and Calvin Klein — that significantly raised the profile of American fashion in the 1980s. “I was always about black, the seven easy pieces, the bodysuit, which I’m still wearing, while Calvin was minimalist and neutralized. Ralph was the whole world, all of his passions. It might be tartans one season or British the next, but he was celebrating the world. And all these years later, he’s still doing it.”