Developed by Graceful Decay, the game is set in a recursive world where players experience the life cycle of a relationship and solve spacial puzzles as the story unfolds. Howard and Gabel play romantic couple Kenzie and Michael, characters who guide players through the narrative but are not explicitly seen on screen.

“This is about a relationship that ultimately doesn’t work out,” Howard tells The Hollywood Reporter, “but it’s not a tragedy in any way, shape or form.” There is no villain in the game, she says, instead it follows two people who were together for a time in their life and impacted one another’s growth, and then simply moved on. “I think there’s something really nuanced about that that I really appreciated,” explains Howard.

The role of Kenzie was described to the actor by director Hanford Lemoore as a “San Francisco hipster.” But performing the role required some balance, Howard says, because Kenzie was “interested enough” in that scene, so that the story could move forward, but wasn’t so earnest that suddenly she’s no longer a hipster. “It’s an interesting archetype, the hipster, and there’s this inherent sense of irony,” she adds.

As things progressed, the idea was to have the characters’ dialogue feel conversational and modern, as if they were two people in a real world, but with a bit of a heightened element as well.

This is the debut game for Lemoore at Graceful Decay, and he first conceived of the idea while exploring the architecture in his neighborhood in San Francisco ten years ago. “Something set me off about trying to do [a game] in 3D with physics,” Lemoore tells THR, a concept which was “way beyond” his initial thought to do a 2D game featuring a world within a world. “I thought about how physics is so chaotic; with a physics simulation you can knock an object and you know it’s going to tumble, but you don’t know how it’s going to tumble,” says Lemoore, using the example of bowling pins going all over the place. “I thought about the idea of copying that really complex, almost random behavior, onto multiple levels of recursion.” 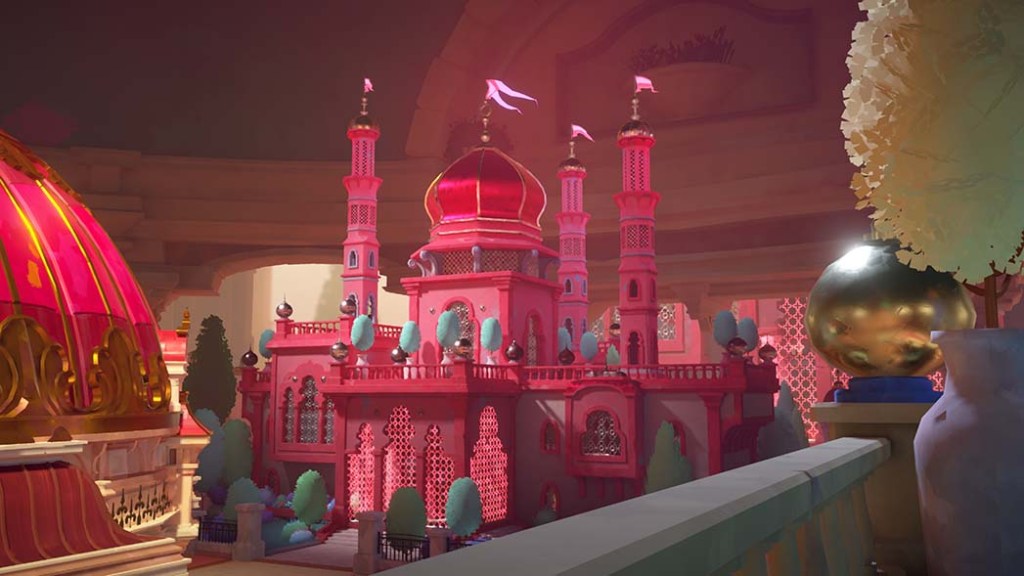 After much experimentation with puzzle ideas, Lemoore realized that there was “a really cool game there” and showed it at the Game Developer’s Conference in 2011. The story was weaved in during development as an “unexpected pairing” with the world he had created, which eventually featured local Bay Area musicians as a way to inspire the sound of the game and give more of a local feel.

In the early stages after taking the role, Howard was sent a character bio by Lemoore with images and “sort of venn diagram” of the relationship between Kenzie and Michael. “It was really informative, because this was ahead of receiving any kind of script, and it almost felt a little bit like an exercise in character development at drama school,” says Howard.

She goes on to explain that the fact that Lemoore provided the backstory for her and Gabel’s characters was something that Howard hadn’t really encountered professionally. The script came later, but at that point, Howard already had an understanding as to who the people were. Visual art of the game was the “ultimate selling point,” she says. 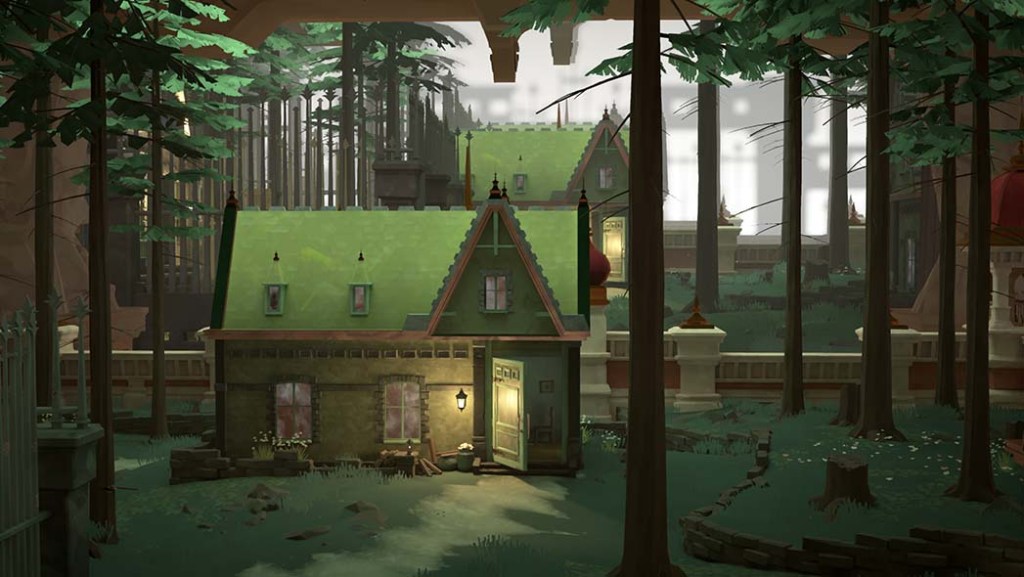 Howard was sent a recording kit and performed her lines for Maquette over the course of a day at her house in New York, in her garage, “where I keep all of my fancy dresses,” laughs the actor. Of the recording day, Lemoore recalls that each of them had the script open in Google Docs on their respective  iPads, and he would Skype into the session from his house in Nevada. “It was a cool, collaborative process,” says Lemoore.

“There was quite a bit that they brought in language, tone — there were moments where we completely rewrote large portions of the dialogue to fit the characters. It was working right on the fly.”

Howard recalls that there were some parts that were “somewhat improvisational that we would spontaneously come up with because it was all rooted in this place of character. She goes on to say that Lemoore had a vision of the chemistry he wanted to capture, and in order to do that, Howard and Gabel dug “a little bit deeper,” which she describes as a fun process.

Of the differences between voice recording for a video game and more traditional on-screen acting, Howard says that it’s more similar than one might think. “A character is a character is a character,” she says, though when you have the advantage of being able to use your face, you don’t have to necessarily focus as much on the articulation of what you’re experiencing emotionally being expressed verbally.”

When the voice is the only tool available, Howard likens the process to recording an audiobook or a radio play. “It’s a very classic performance genre, which is fun for me.”

She refers to Annapurna Interactive’s games, which she was familiar with prior to taking the role, as “real art.” And speaking of her earliest creative inclinations, Howard says, “I was always drawn to choose your own adventure opportunities. The opportunity to be active in the storytelling and have your own ability to have an impact on the eventual outcome — as a reader — was what I was drawn to.”

Maquette launches March 2 for PC via Steam, PlayStation 4 and the next-gen console, PlayStation 5. View the trailer below.