Bud Luckey, the Oscar-nominated animator whose charming Sesame Street cartoons taught generations of children how to count and who is credited with coming up with the cowboy design for Woody of Toy Story, has died. He was 83.

Luckey died after an extended illness Saturday at a hospice facility in Newtown, Connecticut, his son, Andy, told The Hollywood Reporter.

Luckey also provided the voices of Rick Dicker, the head of the Superhero Relocation Program, in The Incredibles (2004); of the broken-hearted Chuckles the Clown in Toy Story 3 (2010); and of Eeyore in Winnie the Pooh (2011).

“Bud Luckey is one of the true unsung heroes of animation,” Pixar and Disney animation chief John Lasseter once said. “Bud helped design most of the films we’ve made from Toy Story [in 1995] onward. He was the fifth animator hired here at Pixar.”

Collaborating with lyricist Donald Hadley (and with the music of Turk Murphy), Luckey created many counting cartoons for Sesame Street, many of which are fondly remembered today.

They included “The Alligator King” (with Luckey playing banjo) about Number 7, “The Ladybugs’ Picnic” (Number 12), “Penny Candy Man,” “That’s About the Size,” “The Old Woman Who Lived in a Nine” and a series of jingles by Donnie Budd, a hillbilly fiddler, performed by Luckey.

At Pixar, Luckey wrote, directed, narrated, voiced, sung and composed the five-minute film Boundin’, about a dancing sheep that turns shy after he is sheared. He received an Academy Award nomination in 2004 as well as the Annie Award for best short film.

“I’m from Montana, and I thought to have a sympathetic character, the most pathetic thing I could think of was a newly shaven sheep standing in the rain,” Luckey said in a 2005 DVD featurette.

Lasseter credited Luckey with designing Woody. The animator drafted 200 designs until he came up with the cowboy look of the iconic character voiced by Tom Hanks. (Early conceptual drawings had Woody as a sarcastic ventriloquist dummy.)

“I thought a cowboy would be more interesting, working with a spaceman,” he said.

William Luckey was born on July 28, 1934, in Billings, Montana. His early interest in drawing came using a broken brick, instead of chalk, on sidewalks, where he rendered images of Hitler, Mussolini and Hideki Tojo for his friends to stomp and spit on.

At school, Luckey sketched cartoons of his teachers and drew commercial signs, then attended The Chouinard Art Institute in Los Angeles and USC, where he was mentored by Disney animation veteran Art Babbitt, the developer of the Goofy character.

“I like to think these days that 30 years ago, they used animation to teach kids their numbers, and now these kids are teaching me how to animate with numbers,” he said.

Andy Luckey produced the 1990s animated series Teenage Mutant Ninja Turtles and has been cited as the inspiration for the boy character named Andy (voiced by John Morris) in the Toy Story movies. On Facebook, he wrote that his father “loved his work but got even greater satisfaction from seeing others enjoy it.”

In lieu of flowers, the family asked that donations be made to the California Institute of the Arts — Bud Luckey Scholarship Fund. 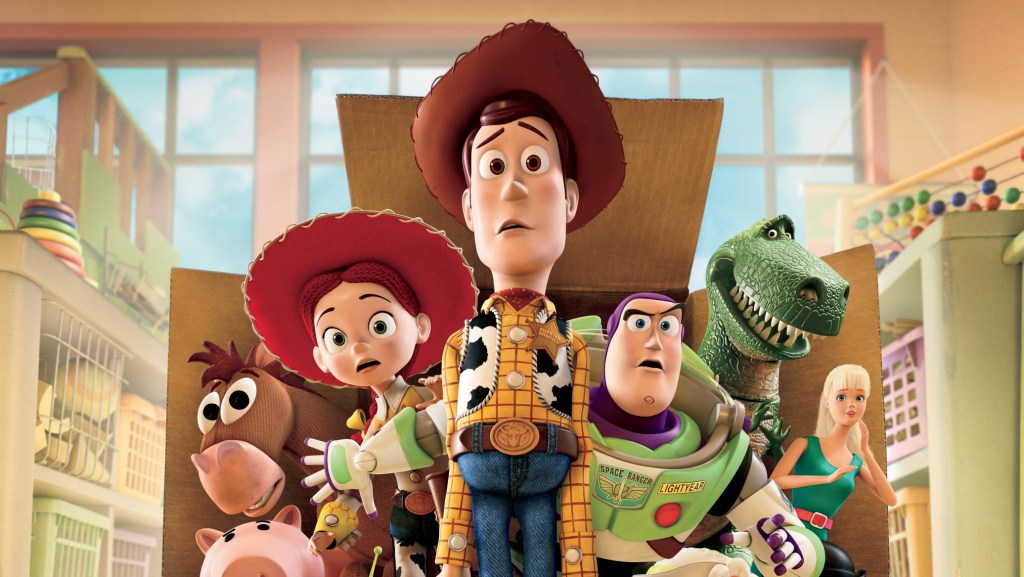