A large group of anti-fur protesters gathered at the entrance of Burberry’s show on Saturday night, shouting, “Shame on London Fashion Week!” and holding signs that read “Animals are not fabric” as showgoers struggled to enter the restored 18th century Old Sessions House. Despite the protest, the show still carried on, with Naomi Campbell, Kate Moss and Cara Delevingne among the guests in the front row.

For its September collection, Burberry creative director Christopher Bailey brought back the British heritage brand’s famous trademark check pattern, which was first used around the 1920s for the lining of its trench coats and became especially popular in the late 1990s/early 2000s. The distinctive check pattern became so widely counterfeited that it cheapened the brand, and as a result, its use was limited to less than 10 percent of its products at one point. The return of the iconic check couldn’t have come at a better time, given the selling power of nostalgia nowadays, especially among millennials, and the reappearance of designer logos and names on underwear waistbands, T-shirts and more. 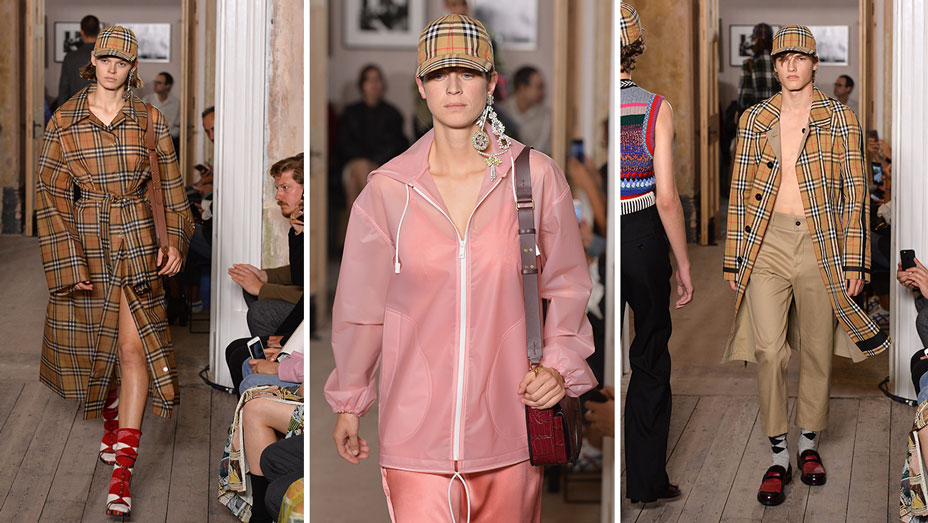 The vintage check appeared in a number of runway looks and accessories, including a cotton gabardine Harrington jacket ($1,395), a tie-neck riding shirt ($695), a waterproof coat ($2,695), a unisex cotton pouch ($695), a giant reversible tote bag ($1,795) and a baseball cap ($295), all of which are available for purchase on Burberry.com, along with all the other pieces from the show.

The overall effect was a layered clash of colors, prints and textures: A Fair Isle cashmere vest, layered over a white tee and a long-sleeve shirt, was paired with a ceremonial skirt reimagined from a jacket; an embroidered tulle dress was styled with a white tee, gold sandals with cone heels, argyle wool socks and Fair Isle fingerless gloves; and a sorbet green poncho paired with a cashmere patchwork poncho underneath, along with a plaid cap and leather-heeled clog boots. 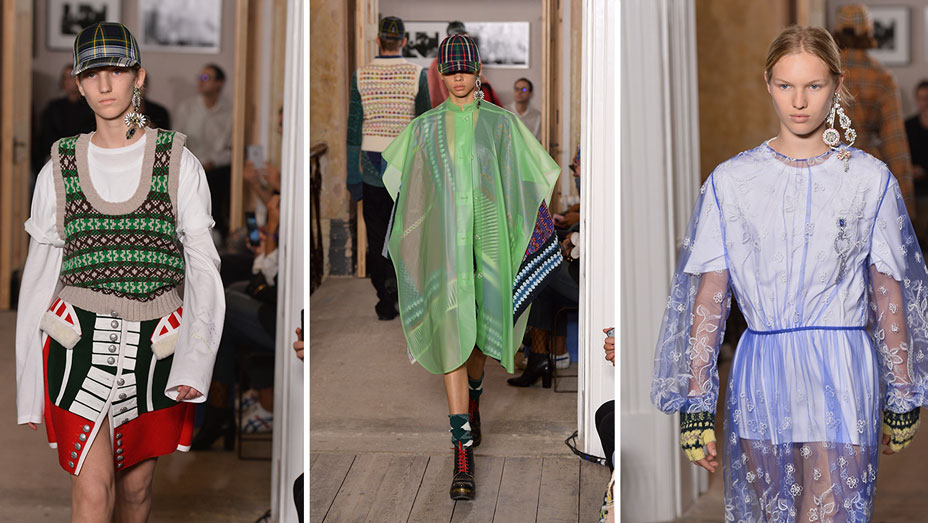 The jewels were something else, too. Several models, including Adwoa Aboah, Jean Campbell and Kaia Gerber, stepped out with a statement-making crystal drop earring worn on only one ear, while others wore a crystal chandelier brooch or a brass oversize pin.

“This collection finds the humor, and the beauty, and the pathos, and the sheer glorious eccentricity of the British way of dressing,” said Bailey. 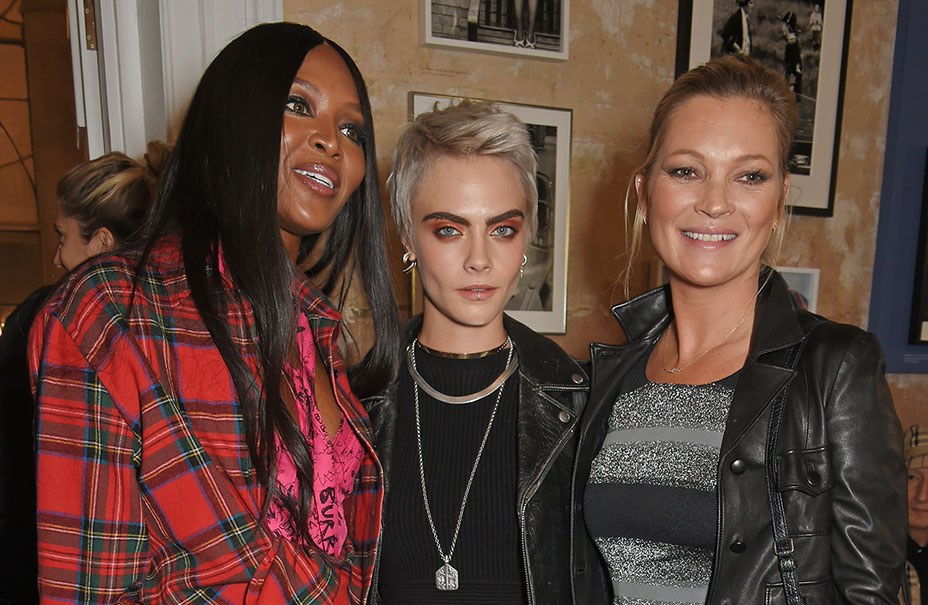