Just three months ago, in mid-June, Burt Reynolds was in Los Angeles attending a table reading — alongside Brad Pitt, Leonardo DiCaprio, Margot Robbie and Kurt Russell — for the film that was supposed to mark his next big resurgence. Instead, sadly, Quentin Tarantino’s Once Upon a Time in Hollywood turned out to be Reynolds’ final dashed hope for movie star redemption.

The 82-year-old actor, who died Sept. 6 of heart failure just weeks before he was to start shooting his scenes for Tarantino’s film, had been working on a John Travolta-style career reboot for years. This time, though, at that table reading, a turnaround seemed palpably plausible. After all, his performance in 2017’s The Last Movie Star, a low-budget indie about a 1970s film icon struggling with the indignities of old age, had already plowed the field, garnering positive press on the festival circuit. (Reynolds had even contemplated an Oscar campaign for the film.) In fact, it was the reason Tarantino cast Reynolds in his new movie — a multi-threaded drama set in L.A. during the Manson murders in the summer of 1969 — a point the director wasn’t shy about sharing with Pitt, DiCaprio and the others at the reading.

“Burt told me Quentin made a big deal of saying, in front of everyone, how great he was in The Last Movie Star,” says the film’s director Adam Rifkin, who became close friends with Reynolds. “So he was in a good place before he died. He was over the moon about Tarantino casting him. He thought he might have one last act in front of him.”

Given Reynolds’ first and second acts, a third could have been a doozy. Forty years ago, he was the biggest star on the planet, No. 1 at the box office five years in a row, starting with hits like 1972’s Deliverance, 1974’s Longest Yard and 1977’s Smokey and the Bandit. His net worth during his most profitable period — 1977 to 1981 — has been estimated to be as high as $30 million ($92 million in today’s dollars). He owned multiple homes, including a mansion in Holmby Hills, two doors down from Barbra Streisand, where he kept a motor pool of 30 cars, including a Rolls Royce Corniche and a 1956 Lincoln Mark II. “His favorite was a Pontiac station wagon with wood paneling,” says Brad Herman, who started out, in 1980, as Reynolds’ garage boy and worked his way up to becoming a financial manager. “That was his incognito car.”

What happened to all that money? How did Reynolds end up a few decades later in bankruptcy battling foreclosure on his remaining home in Florida? Bad luck played a part; in the mid-1980s, he developed a jaw disorder that caused him to lose a dramatic amount of weight (the tabloids were full of AIDS rumors). But he also spent lavishly, not only on himself but also on those around him. “He bought everybody a car, he paid tuitions. If somebody needed a refrigerator, one just magically materialized,” says Herman. And there was his costly 1993 divorce from Loni Anderson, which dragged on in court for 22 years. Most damaging of all, though, was his knack for bad career choices. He turned down plum roles — Han Solo, Michael Corleone, James Bond — and instead frittered away his stardom on throwaway B-movies like Sharky’s Machine and the Cannonball Run series.

In the mid-1990s, though, Reynolds started trying to turn it around. He lobbied hard for the part of the drunken congressman lusting after Demi Moore in 1996’s Striptease, getting hired only after he agreed to do it for scale (and after Michael Caine, Gene Hackman and Donald Sutherland turned it down). “He had a scene were he fell off a stage and onto some tables,” recalls Dina Waters, who played Monique Jr. in the film. “He must have been 60 years old at the time, but he did the stunt himself. He was a real pro.” 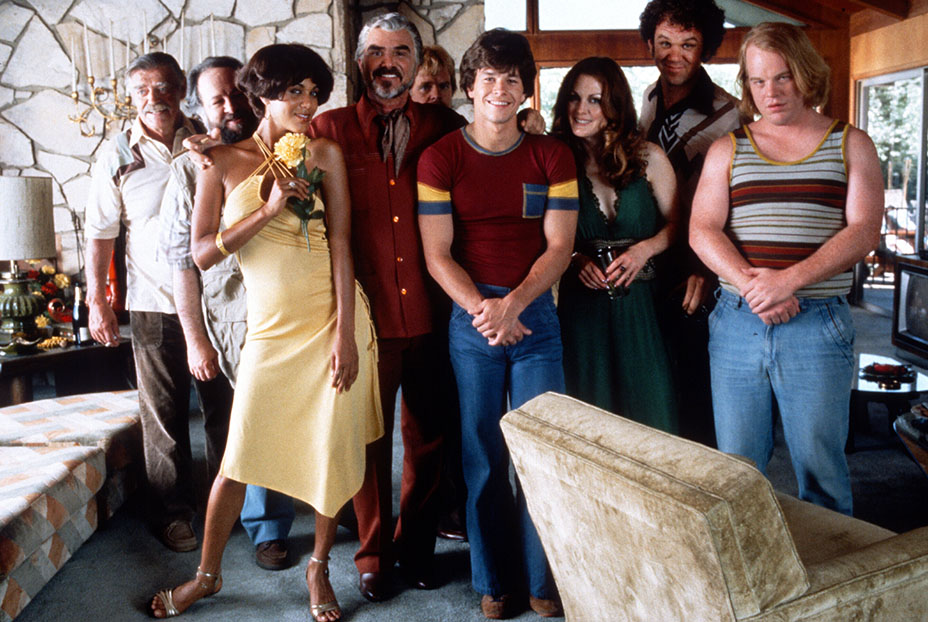 This story appears in the Sept. 12 issue of The Hollywood Reporter magazine. To receive the magazine, click here to subscribe.