Spouses Evan Spiegel and Miranda Kerr each have their own business to run — but that doesn’t mean the founders of Snap Inc. and Kora Organics skin care, respectively, don’t swap business tips from time to time.

In fact, Kerr said the Snapchat creator is the one who encouraged her to launch her Australian beauty brand in Sephora in 2017, the same year the pair were married.

They were in their Malibu house discussing the business strategy of her company, which she founded in 2009. “I said, ‘Oh, Sephora approached me to launch Kora here. It’s obviously exciting, but it involves so much more from me. I have to get a team here and I have to invest more money.’ He’s like, ‘Miranda, you have an amazing product, why wouldn’t you?’ And I was like, ‘Because it’s scary!’ And he’s like, ‘Well if you don’t do it, you’re never going to know,'” Kerr told The Hollywood Reporter on Thursday, back at their home for the launch party of her Noni Bright Vitamin C Serum ($68) — with guests including Katy Perry, Sofia Richie, Angela Sarafyan and makeup artist Patrick Ta.

Kerr continued to explain Spiegel’s business advice (he is worth more than $3 billion, according to Forbes). “He said, ‘Selling it through Sephora is a great way of getting it out there.’ So he really encouraged me to do that and he also encouraged me to not be afraid to talk to people and ask anyone for advice or ‘How did you do it?’ I was always a little more shy and wouldn’t want to put anyone out. He’s like, ‘Look Miranda, people love to help when they can.’ That was great advice that he’s given me.” 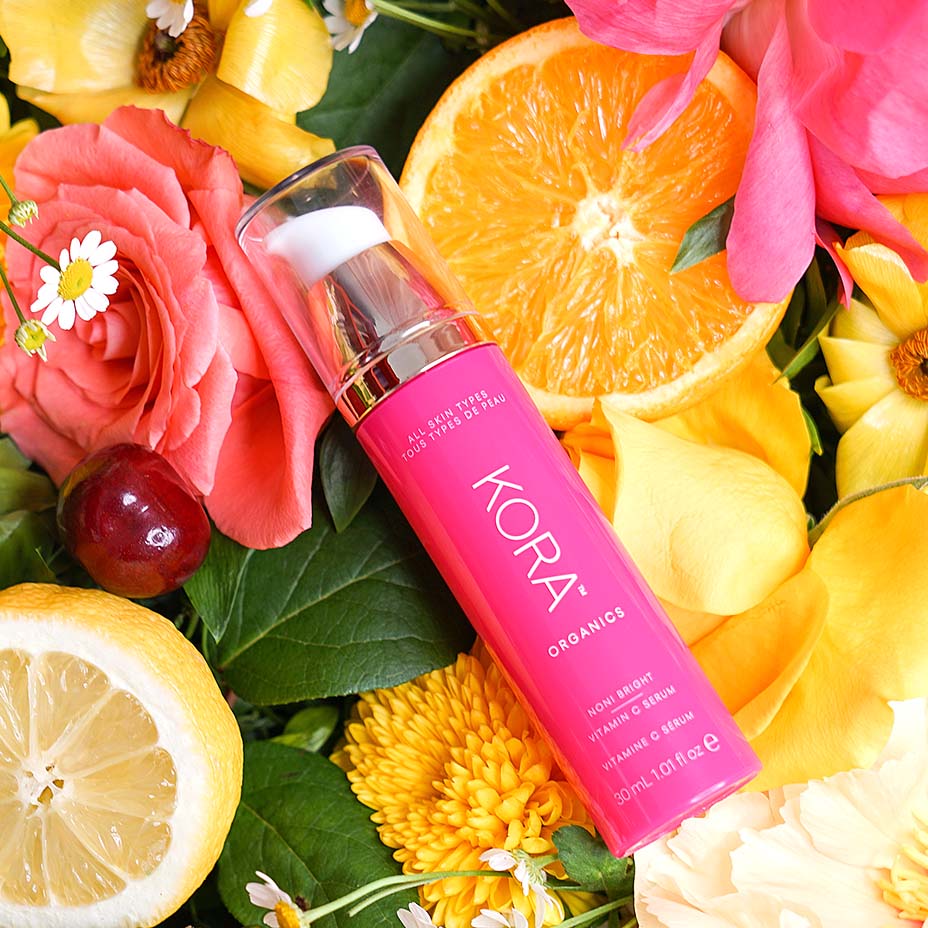 The couple use Kora Organics products, including the turmeric scrub in the shower. For him, the Noni Glow helps with dry skin and for her, it combats pigmentation that she has experienced during each of her three pregnancies (she’s currently expecting her third child, the second with Spiegel, after her firstborn with Perry’s now-fiance Orlando Bloom).

During the poolside bash, guests sipped Daily Harvest acai smoothies, got an aura reading, experienced reiki and partook in a crystal reading with amethyst, rose quartz and citrine. Perry and Sarafyan (of Westworld fame) sat in a pile of pink pillows to have their crystals read together. 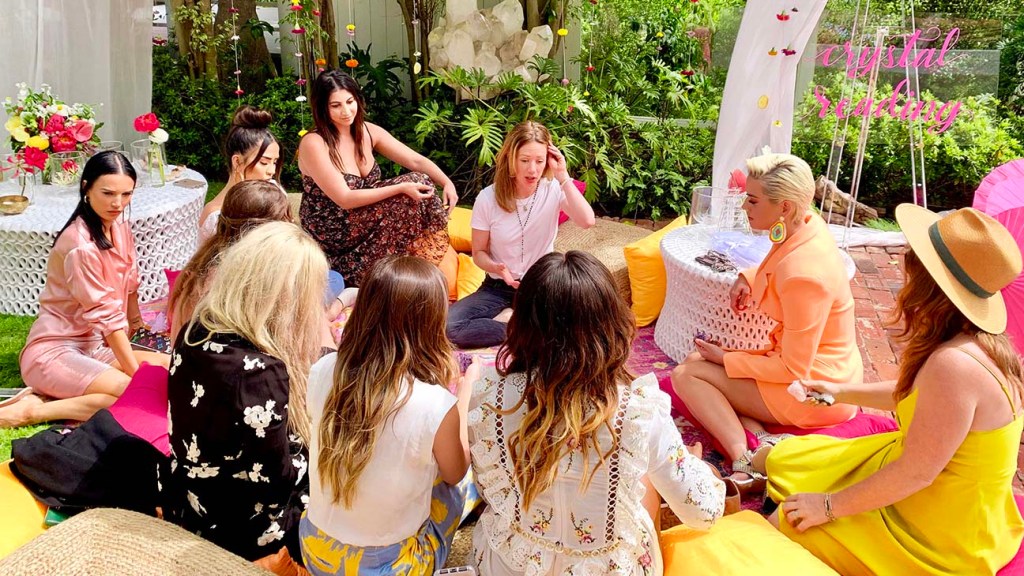 It wasn’t just for show — crystals are part of the Kora Organics way of addressing wellness. All the products are filtered through or touch rose quartz during the manufacturing process. “We’re getting a little bit of magic and a bit of self-love,” Kerr said. “The products are energized with that self-love. Whoever is using them hopefully feels nurtured not just by using the skin care, but energetically as well.”

The Victoria’s Secret angel first learned about the power of crystals while growing up in Australia. She said her grandfather was a house mover and would dig up houses, lift them and move them.

“He’d find these big geode crystals underneath different places where they were digging up the dirt. And he’d bring them home for my grandma and she was like, ‘Aw whatever.’ They were treasures to me. I was so fascinated by them,” Kerr said.

It wasn’t until she was about 13 years old and went to “this little hippie town” Byron Bay that she found a crystal store that taught her the meaning of different crystals “to help balance certain aspects of yourself. I’ve had a crystal with me ever since.” 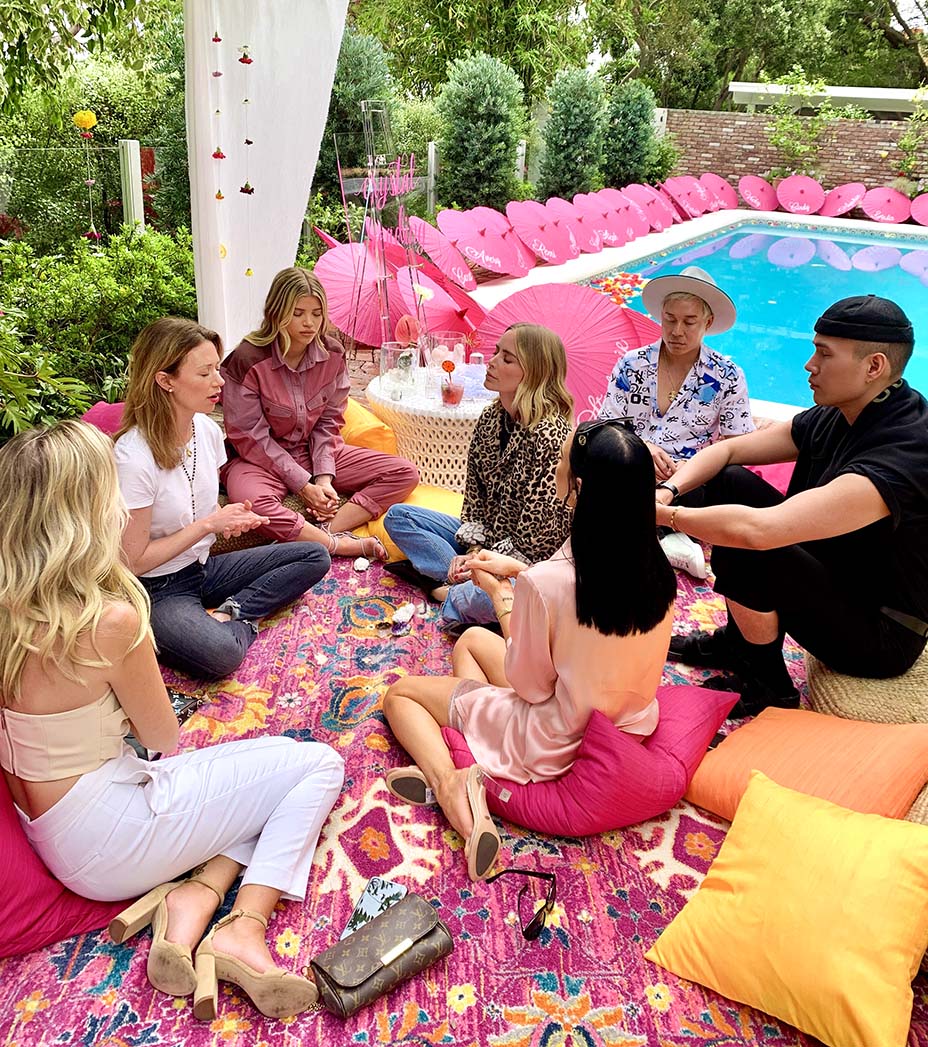 Since then, she’s learned a lot about running her own company, including the stringent process of becoming certified organic and working with organic chemists for the last year on her Noni Bright Vitamin C Serum. It’s made of 12 percent vitamin C with Kakadu plum, Acerola cherry, orange peel and lemon peel to help with fine lines, wrinkles, dark spots, firming and anti-aging. (Another star-loved line, Kate Somerville, also released her +Retinol Vitamin C Moisturizer this week with fans including Millie Bobby Brown and Lucy Hale.)

“This is my company. I’m not just the face of it. I invested my money in it. I worked on getting the best team around me. I’m involved in every facet of the company,” Kerr said. “I even write all the copy on the back of the packaging.”