With Oscar week taking on especially pointed political overtones this year, CAA devoted Thursday to Take Action Day, a daylong summit on political advocacy that included a full slate of speakers and activism stations for everything from making posters to phoning legislators.

The agency’s Century City headquarters was bedecked with posters and parachutes carried during Los Angeles’ Women’s March, as well as an 18-by-24-foot banner from Shepard Fairey’s “We the People” series that was hung over the three-story atrium. Throughout the day, CAA employees, clients and invited guests took a break from dealmaking to attend talks on criminal justice, the environment and immigration, among other topics. The presentations — from organizations including the Human Rights Campaign, the ACLU, Represent.Us and Planned Parenthood — also streamed on an internal feed for employees at the agency’s other locations around the world, as well as for those who simply couldn’t leave their desks.

Boxer’s conversation with agent Michael Kives was one of the day’s best attended. The longtime California legislator, who retired in January, reflected on her trailblazing career — “Whenever two or three of us women got together, a male senator would come by and say, ‘What are you plotting?'” — and also advised audience members to support candidates running in the 2018 midterm election: “This is the moment to wake up and fight for our country.”

U.S. House Majority Leader Kevin McCarthy, who represents California’s 23rd congressional district (parts of Bakersfield and the Central Valley), also drew a standing-room only crowd, albeit one that was markedly more contentious. “You’re walking into a Hollywood liberal lions’ den, so thanks for coming here,” said agent Darnell Strom at the start of their conversation. “First question: When do the impeachment hearings start?”

That opener drew laughs that later gave way to an industry version of the charged town hall events that Republican legislators have been facing across the country. The auditorium grew most heated when Strom steered the conversation to health care. When McCarthy argued, while explaining the current state of healthcare, that expanding Medicaid would cost $1 trillion, several audience members shouted back, “Then don’t build the wall!” Another suggested eliminating Bush tax cuts.

But McCarthy said that still wouldn’t cover costs for a country that is already $19 trillion in debt. He advocated for market competition driven by individual choice, as the audience grew more and more visibly frustrated. Strom, who formerly worked for the Democratic National Convention and later founded the Clinton Foundation’s Millennium Network, pushed back on the congressman’s criticism of the Affordable Care Act.

At one point, McCarthy tried to challenge the industry crowd on its personal understanding of the issue, asking how many people in CAA’s auditorium were on Medicaid. (One woman, a former agent, shouted back that her husband is on the program.) McCarthy again stressed the importance of personal choice, calling it a philosophical point: “Let me choose my failures or my successes.”

McCarthy’s audience also was vocal in its defense of Senator Kamala Harris when the congressman suggested that the California junior senator’s approach stemmed from being “new, part of the minority [party] and because she’s going to make a name for herself.” He immediately clarified that the characterization wasn’t meant to be a negative one.

Sen. Harris had the opportunity to speak for herself in a conversation with CAA chief innovation officer Michelle Kydd Lee in the early evening. Speaking to another standing-room only crowd that spilled over to an adjacent video-conferenced media room, Harris vacillated between stoking the fires of resistance and tamping down the crowd with calls for compromise and pragmatism.

“Do not despair, do not be overwhelmed or throw your hands up in defeat,” she said to applause from a crowd that that included actors Richard Dreyfuss and Joshua Jackson.

In her comments, which lasted 30 minutes, the former California Attorney General turned U.S. Senator, said that one of her first goals is to bring a group of Republican senators to Los Angeles and have them meet with undocumented immigrants who are seeking legal residency. “I don’t want to set them up and I don’t want to ambush [them], but bring them here so they can literally understand and see what we are talking about.”

She touched on a number of issues including infrastructure, which she said was an area where the efficiencies of the private sector can be applied. “We need to be multi-lingual. So we should never abandon the conversation about what is right what is moral and what is fair, but we also can speak the language about what makes sense about economic benefit,” she said.

As for what comes next, she urged the crowd to pay close attention to the 2018 midterm elections and to avoid ideological purism that could further weaken the Democratic Party. “I would urge you to look at those races and acknowledge that you may not agree with everything that every Democrat who is up in 2018 says — because there are at least five of them coming from states where Trump won by double digits. So, do know that you may have to support someone you don’t agree on everything with — but it’s a matter of keeping our numbers.”

CAA’s Take Action Day took place during an Oscar week marked with more civic activity than usual. UTA will hold its “United Voices” rally at its Beverly Hills headquarters tomorrow afternoon in lieu of its usual Oscar bash, while other organizers are mixing politics with partying, including the Global Green Gala’s recognition of a Standing Rock Sioux Tribal Council leader on Wednesday and various Vanity Fair events to benefit groups such as the ACLU and the Shambala Preserve throughout the week.

“We were seeing, like everyone else, that the zeitgeist was shifting,” Lee tells The Hollywood Reporter, adding that Take Action Day came together because of the CAA Foundation’s longstanding relationships with various organizations and individuals in the advocacy world. “People are asking for ways to participate.” 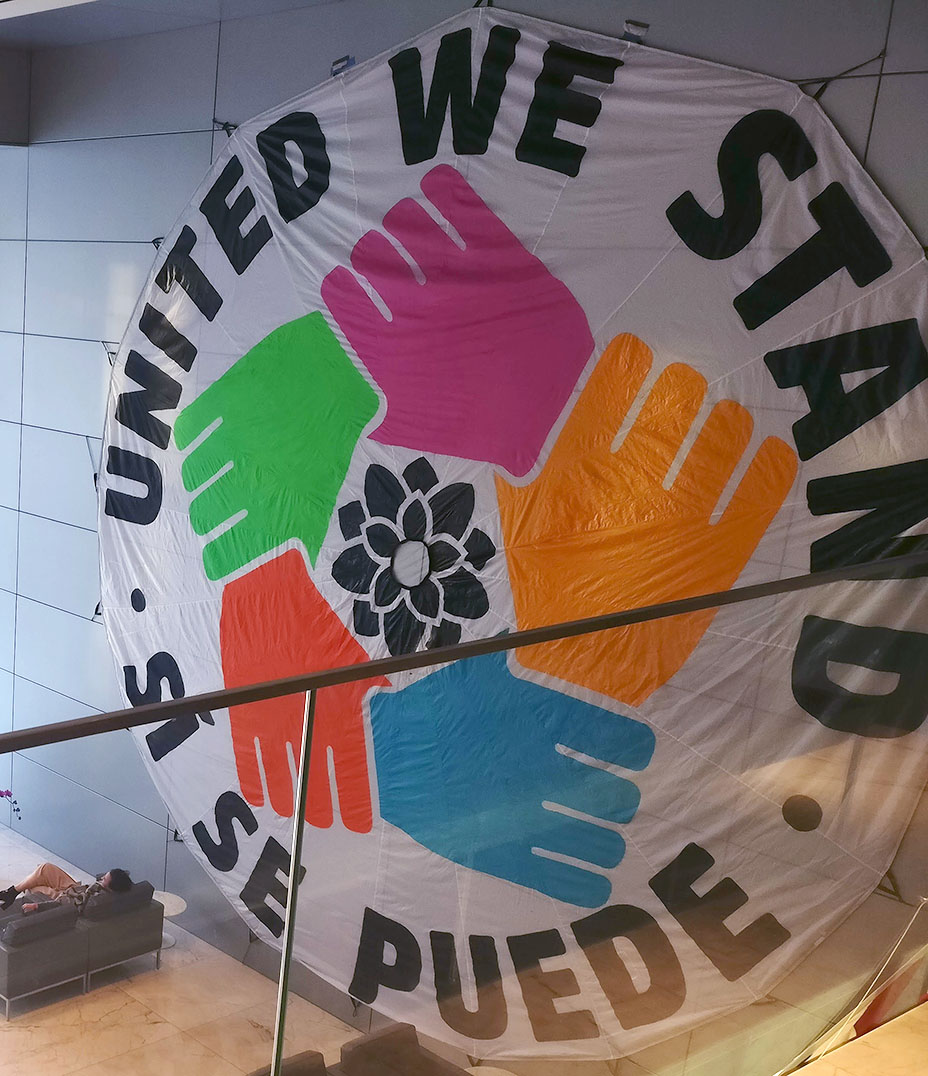