California has emerged as a top destination for shooting feature films.

The study analyzed a sample of 291 live-action theatrical-release and 56 streaming-release films from 2018 — all of which were English-language titles produced by U.S.-based production companies. The analysis of all filming locations for the 56 streaming movies, however, revealed that New York had a slight edge with 13 total films. Other primary destinations were California (11 films), Canada (10), the U.K. (6) and Georgia (3).

While California may have racked up the most theatrically released films and New York the most streaming ones, both states lost out to Georgia and the U.K. when it came to top-grossing projects with large production spends, a highly desirable segment of the business. (Canada, for its part, tied California with 11 films.)

“This is a report at once encouraging and sobering in its conclusions,” said FilmLA president Paul Audley. “On the one hand, it’s wonderful that California locations are so widely sought-after by filmmakers. But on the other, our ability to attract the highest-value projects is almost wholly dependent on incentives, and in that space the competition is outspending us.”

While California tax incentive program added 14 feature projects, including 12 theatrical and two streaming releases, to its slate in 2018, it isn’t the only state with competitive tax incentive programs. In fact, according to FilmLA, all of the top locations studied possess a mix of solid production infrastructure, a skilled local workforce and production vendor support.

“Runaway production, historically associated with feature films, has been a fact of life for California for a quarter-century. As long as rivals continue to covet this business, we will be permanently locked in international competition for film production projects and jobs,” added Audley. “The fact is that we’d love to see more feature work done locally, but the resources required to support that expansion are operating close to capacity. To attract more feature projects while maintaining our leadership in television production will require new investments in incentives and infrastructure.” 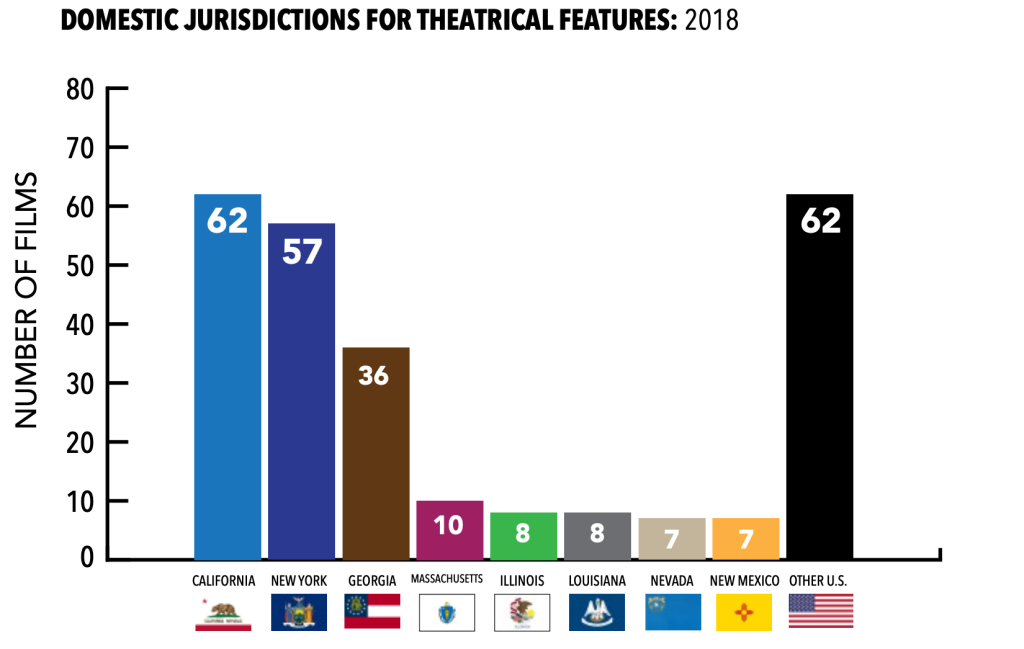