As of Jan. 1, the Golden State’s green rush is legit. Although licensing issues will tie up some retailers for several more months, there already is money to be made in Hollywood with recreational pot.

California’s legalized sales revenues could reach $20 billion in 2018, according to cannabis financial site Green Market Report, opening up opportunities for celebrity branding and endorsement deals and placing weed brands in line with fashion and liquor brands for event sponsorship and product placement. Marketing firms are abuzz with talk of awards-show cannabis gifting suites and a hemp-themed lounge at the Sundance Film Festival. (Hemp itself is a federally legal plant.) “The times, they have changed,” says advocacy group Spark the Conversation’s Bianca Green, who has campaigned for legalization at events attended by Gigi Hadid and Kendall Jenner.

Cannabis brands are hoping the new law makes it easier to tap stars previously spooked by the association. “We are actively looking for endorsements from A-list talent,” says Daniel Yi, spokesman for MedMen, which has an investment fund of $100 million-plus to pay for said talent, plus an expanding chain of dispensaries in Southern California and beyond that look more like Apple stores than hippie headshops. “We’re looking for people who you would say, ‘I didn’t know she used marijuana!’ ” Says Maya Cooper, director of marketing for Snoop Dogg’s cannabis platform Merry Jane: “We’re getting requests to broker deals with cannabis brands for product placement in movies. Instead of someone smoking a generic joint onscreen, brands are underwriting costs to give shine to product.”

Is Cannabis About to Conquer Coachella?

Hollywood has played a part in changing perceptions of marijuana (according to a 2017 CBS News poll, 61 percent of Americans support legalization for recreational use), and this spring, “Dr.” Dina Browner, cannabis consultant on Netflix’s Disjointed and the proprietor of WeHo’s Alternative Herbal Health Services, is launching Top Shelf With Dr. Dina on 420TV, an Anthony Bourdain-style web series that takes her from San Diego to Boulder and beyond in search of the best bud. “People want cannabis content,” she says. “But some networks are still afraid to touch it.” 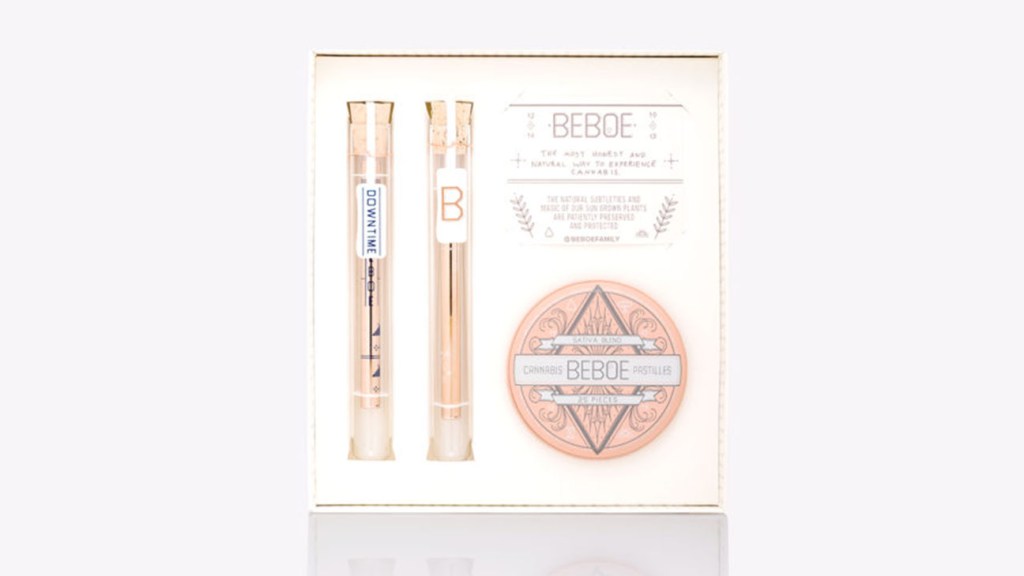 That’s because although marijuana is legal at the state level for adults over 21 in California (as well as seven other states and D.C.), the federal government still categorizes it as a Schedule I drug, like heroin. “A lot of Hollywood stars have contracts with morality clauses,” says Clement Kwan, who with celebrity tattoo artist Scott Campbell co-founded Beboe, an L.A.-based cannabis brand known for rose gold vape pens. “They tell us, ‘Until the federal government is OK with cannabis, I cannot endorse it.’ “

Cindy Capobianco, co-owner of the luxe edibles and topicals brand Lord Jones, loved by Olivia Wilde and Sarah Paulson, says celebrity marketing may not be as valuable because the effect on people of “cannabis is subjective,” adding that it’s not like, say, endorsing jeans: “You’re not talking about putting a label on your tuches.” Still, if legalization means stars are more comfortable talking about cannabis use on social media, it’s a win for the industry. Says Cooper: “It’s important for their fans to realize cannabis use doesn’t mean you’re a stoner.”

These heavy hitters could be a draw for canna-curious tourists and THC tours.

Tale of the toke: The medical dispensary opened its doors in 2004; proprietor Dina Browner was the inspiration for Nancy Botwin on Showtime’s Weeds.

Bestselling strains: Indica OG Kush flower ($22/gram), which promises to “crush stress under the weight of heavy euphoria,” according to the menu.

Tale of the toke: The outpost was created in 2015 by couple Rob Rosenheck and Cindy Capobianco to sell their Lord Jones cannabis-infused topicals and edibles. In January, Lord Jones will open its first flagship store at the Standard Hotel Hollywood.

Tale of the toke: The consulting firm with its string of dispensaries (since 2010) is not named after the TV show Mad Men but is a play on ModMan, an earlier marketing agency created by founders Andrew Modlin and Adam Bierman.

Bestseller: Dosist (formerly Hmbldt) vaporizer pens ($100), which have a sleek, Apple iPhone-like aesthetic and vibrate when you hit the exact dosage.

Tale of the toke: Owner Aaron Justis has worked on industrywide initiatives like a budtender education program.