Guadagnino spoke to The Hollywood Reporter about casting Armie Hammer and Timothee Chalamet over openly gay actors, leaving out explicit sex scenes and exploring the horror genre in his next film, a remake of Dario Argento’s giallo classic Suspiria.

Were you surprised by the overwhelmingly positive Sundance reaction to Call Me by Your Name?

Of course! I knew that Sundance was a warm environment for this movie because when we showed I Am Love, I felt the Sundance audience was unbiased, uncynical and very open. We only submitted to Sundance and Berlin; I never thought of going beyond the winter festivals, and I’m glad they both picked the film.

I’m one of those directors who read reviews, even if they’re bad, because I started as a film critic as a cinema student. I indulge in the art of criticism in general. In this case, what I found beautiful and inspiring was the way the writers found ways to describe this movie that are not formatted to its typical description. I feel this love for the movie very strongly. 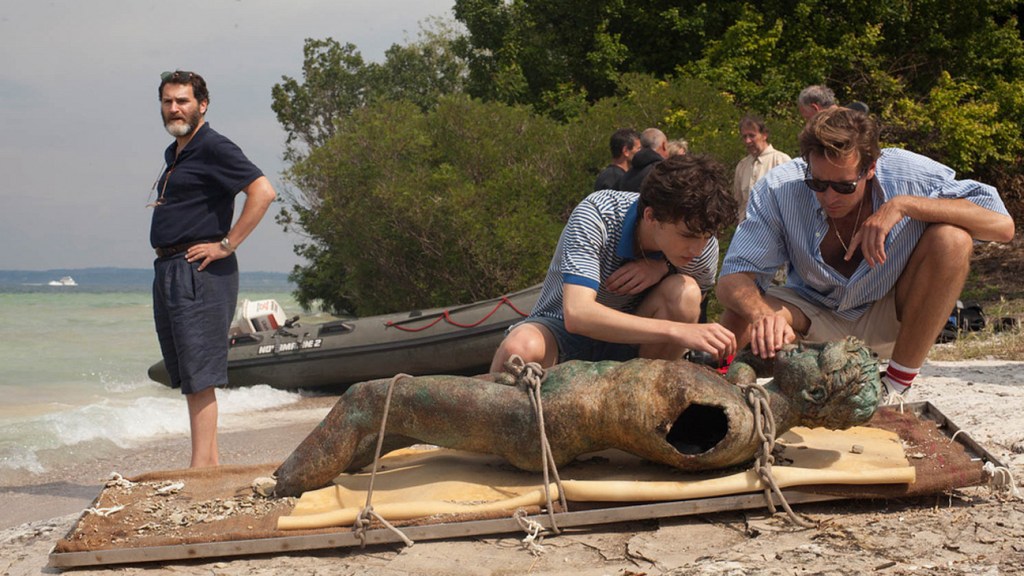 Why did you cast Hammer and Chalamet over openly gay actors?

This film is about the blossoming of love and desire, no matter where it comes from and toward what. So I couldn’t have ever thought of casting with any sort of gender agenda. I think people are so beautiful and complex as creatures that as much as I am fascinated with gender theory — I’ve studied [American gender theorist] Judith Butler for so long — I prefer much more never to investigate or label my performers in any way. I only cast the actors and actresses I fall in love with — truly having an emotion for them, an anticipation and enthusiasm when seeing them — and I believe that my emotional confidence in them blends into chemistry. It’s always been like that, and I hope I won’t be wrong in the future.

Critics' Conversation: At Sundance 2017, One Movie Soared Above the Rest

How did you capture their sensuality and deep bond?

I learned from films and directors I love that a great performance is sort of an X-ray. As a director, what matters is how you penetrate the soul of the person in front of the camera and let the actor blur the boundaries between the character and the person themselves. In order to achieve that, I try to make people feel at ease, to be mindless of problems and be skinless and give everything to the camera. I have so much respect for their fragility.

A great deal of help comes from Sayombhu Mukdeeprom, the director of photography who basked all these actors in this amazing and sensual light, and Giulia Piersanti, the costume designer who understood both the period in Italy and the sense of freedom that summer brings. And I don’t generally do a lot of speeches, but I did say to everybody, “Let’s have fun, and let’s be sensual without putting any kind of effort into it.” I think they all were game for it. Each of them brought their own sensitivity to it about how sensuality can be interpreted.

Why not include explicit sex scenes in the film?

I wasn’t interested at all. The tone would’ve been very different from what I was looking for. I wanted the audience to completely rely on the emotional travel of these people and feel first love. I didn’t want the audience to find any difference or discrimination toward these characters. It was important to me to create this powerful universality, because the whole idea of the movie is that the other person makes you beautiful — enlightens you, elevates you. The other is often confronted with rejection, fear or a sense of dread, but the welcoming of the other is a fantastic thing to do, particularly in this historical moment.

Sundance: 'Call Me by Your Name' Director Explains That Peach Sex Scene

Your next film Suspiria is a horror thriller, selling at EFM and again starring Tilda Swinton and Dakota Johnson. Why the genre shift?

Suspiria will show a completely different palette of tone, texture and emotional journey, compared to the other movies I’ve made. It goes deep into the human identity. In psychoanalytical terms, something that makes you scared also makes you feel pleasure. This contradiction is something that’s very interesting to me.

I’m a very eclectic person and I enjoy multiple tastes; I’m like a bee who jumps from flower to flower. Before I die, I have to make a war movie, a Western and a movie like Mike Nichols, because I love him.