Forget fashion, some designers really want to be in pictures.

That’s what kept running through my mind Tuesday evening watching Raf Simons’ latest Calvin Klein runway blockbuster, a dystopian popcorn feature that had models and guests wading through a sea of ankle-deep kernels that had been pumped into the show space in the former Stock Exchange Building.

It was one of the most elaborate sets New York Fashion Week has ever seen: a red barn façade, tractor seat stools and mountains of pop were the backdrop for Belgian designer-come-to-New York  Simons’ latest commentary on America — the democratic beacon that it once was and the tarnished reality it has become.

All of our matinee idols were there, including Nicole Kidman, Lupita Nyong’o, Michael B. Jordan, Millie Bobby Brown, Margot Robbie, Jack Kilmer, with a front-row seat to the melancholy parade set to Simon & Garfunkel’s “Sound of Silence” and “California Dreamin’” by The Mamas & The Papas. 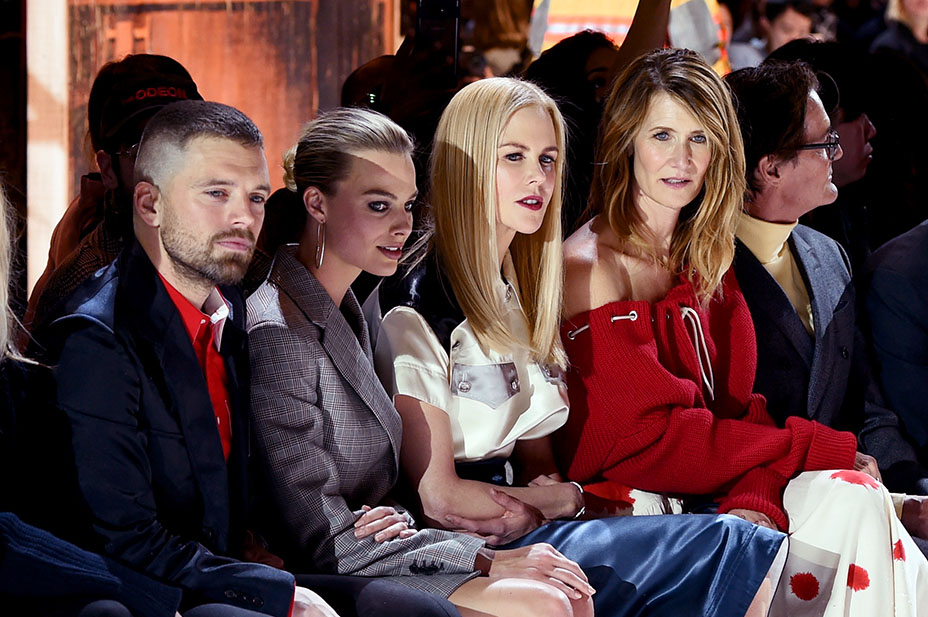 From hand-knit balaclavas, to purses with images of car wrecks from Andy Warhol’s macabre 1963 “Death and Disaster” series, violence was a recurring theme. Some models carried bags of popcorn in their arms to drive home the point. As Alec Baldwin said, while playing president Donald Trump, “Are you not entertained?”

Simons understands his role as a showman, and the part that entertainment plays in boosting a global brand like Calvin Klein. In many ways, this collection felt like the second act of his spring season, which drew imagery from horror films The Shining, Carrie and Psycho, as well as Warhol. Back then, Simons praised movie-making: “I think cinema takes freedom to present itself where only a handful of people do that in fashion,” the designer said backstage. Of course, Hollywood is the mythology of America, which Calvin Klein has invested heavily in, tapping a wide range of stars for ad campaigns, red carpets — and the front row. 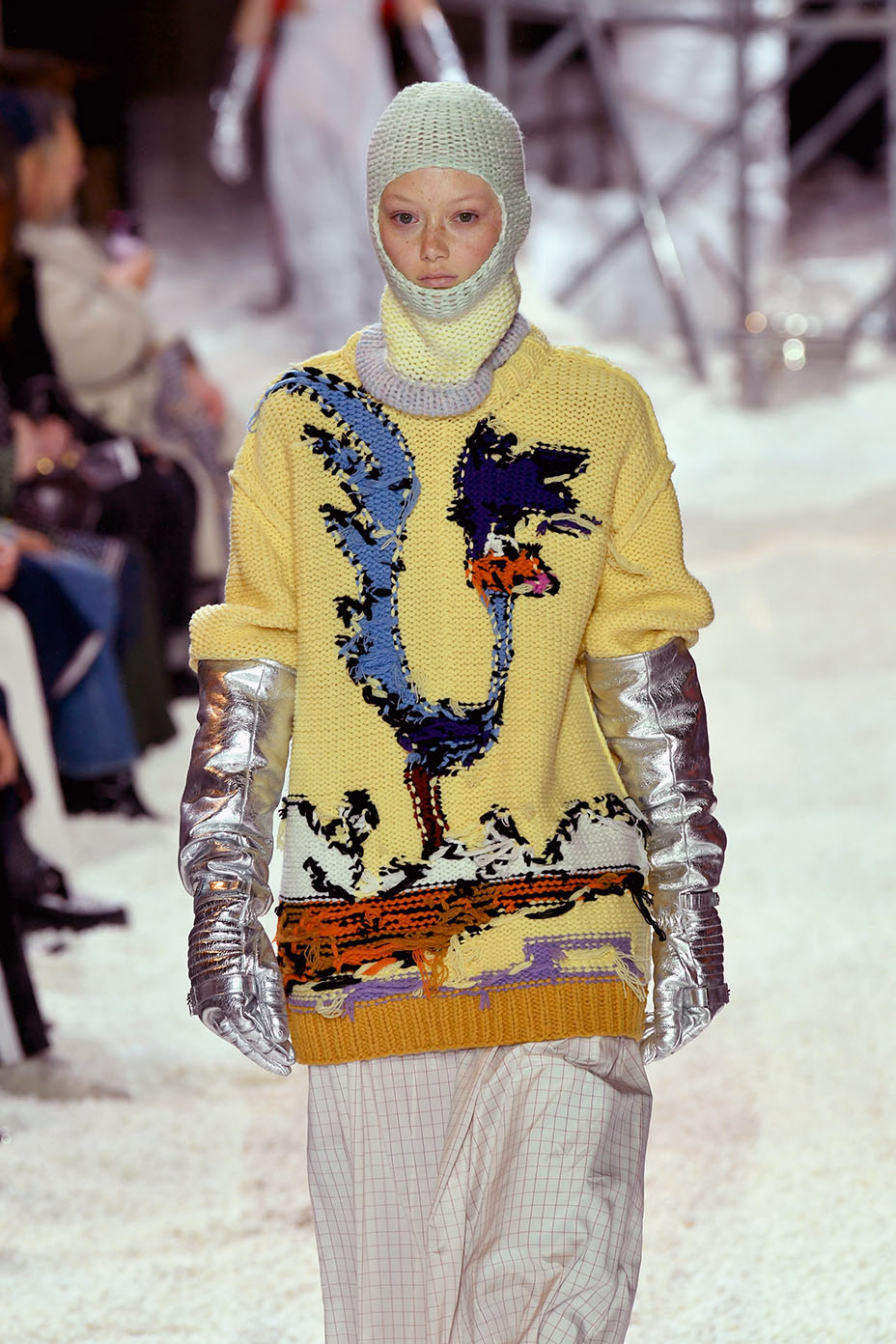 The stars on the fall 2018 runway were the outerwear (oversized windowpane check overcoats, slim reefers, quilted vests, fireman’s jackets and more) that the brand has been known for since Calvin himself started it as a coat shop in 1968. Unraveling knitwear, including a one-off Looney Tunes Road Runner sweater, was also compelling, as was a delicate quilt square-print chiffon dress. Humble icons of the American wardrobe, blue-collar uniform shirts and high-waist work pants, were reframed in the context of luxury fashion.

All the Kardashian/Jenners Star in Calvin Klein's New Campaign

But what is a mega-brand like Calvin Klein really asking people to buy into? The story that Simons is telling — which it’s worth noting is quite dark. The concessions, the popcorn if you will, are the Kardashian-advertised Calvin Klein logo underwear and denim. That’s where you make the big bucks — if you can get enough eyes on screens making the connections. Food for thought.