Paris Jackson, Mahershala Ali, Millie Bobby Brown and Lupita Nyong’o in the front row, and Kaia Gerber, daughter of Cindy Crawford, making her modeling debut on the runway? If there was any doubt that Raf Simons is the hottest designer in America at the moment, it was quashed Thursday night when the Belgian-in-New York presented his second blockbuster collection for Calvin Klein. 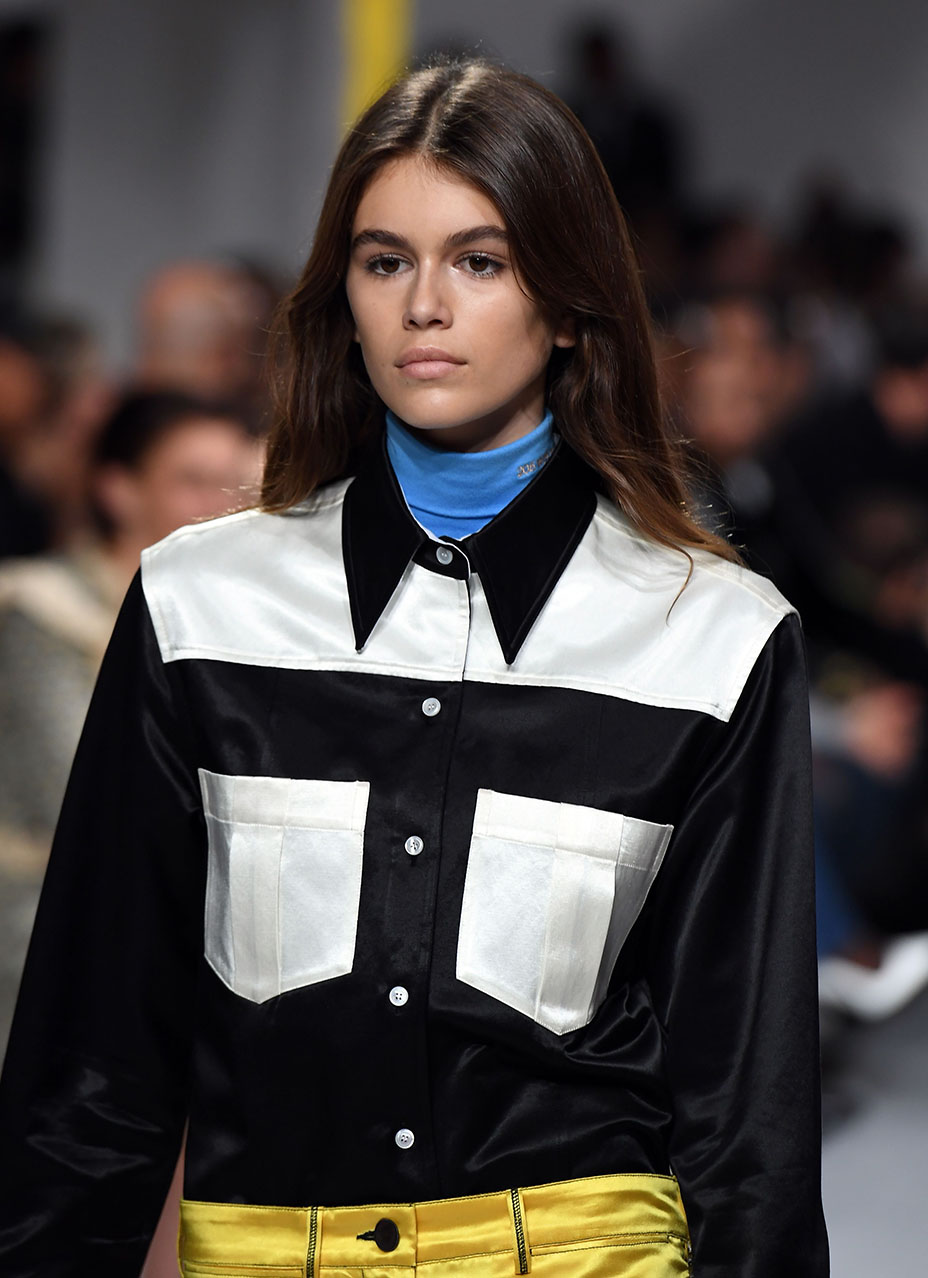 “An abstraction of horror and dreams” was the theme for the spring 2018 collection, in other words, the great state of the U.S. of A as we know it in the Trump era. 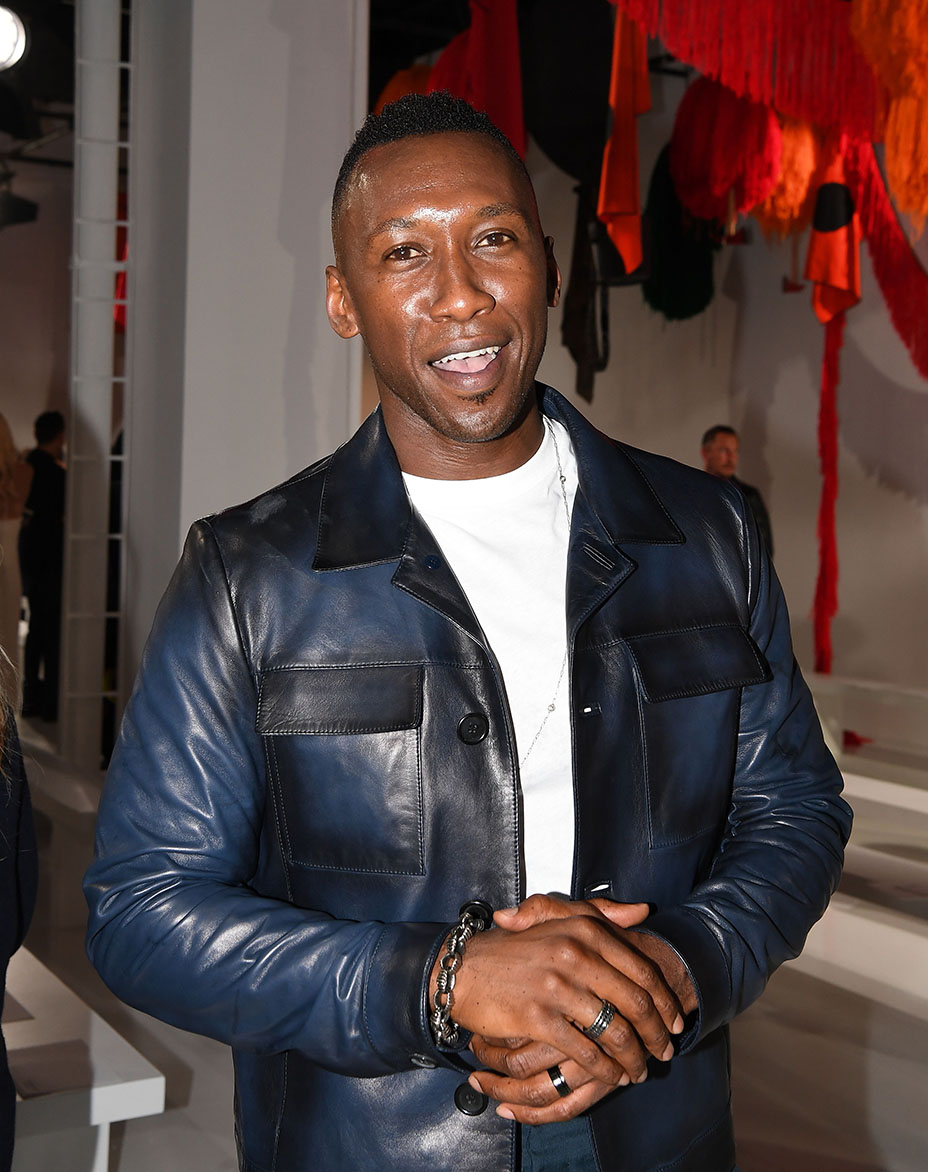 “This is my first legit fashion show…aside for some Barbizon stuff,” said Ali, who was meeting Simons for the first time at the show on Thursday night. “It’s been great to be a part of Calvin Klein and do the campaign with the fellas,” he added, before trading hugs with his Moonlight cast mates Alex Hibbart, Ashton Sanders and Trevante Rhodes, all of whom starred in the Calvin Klein spring 2017 underwear campaign, and were dressed by the label for the 2017 Oscars red carpet, in an unprecedented, coordinated film marketing, fashion advertising and red carpet dressing strike. 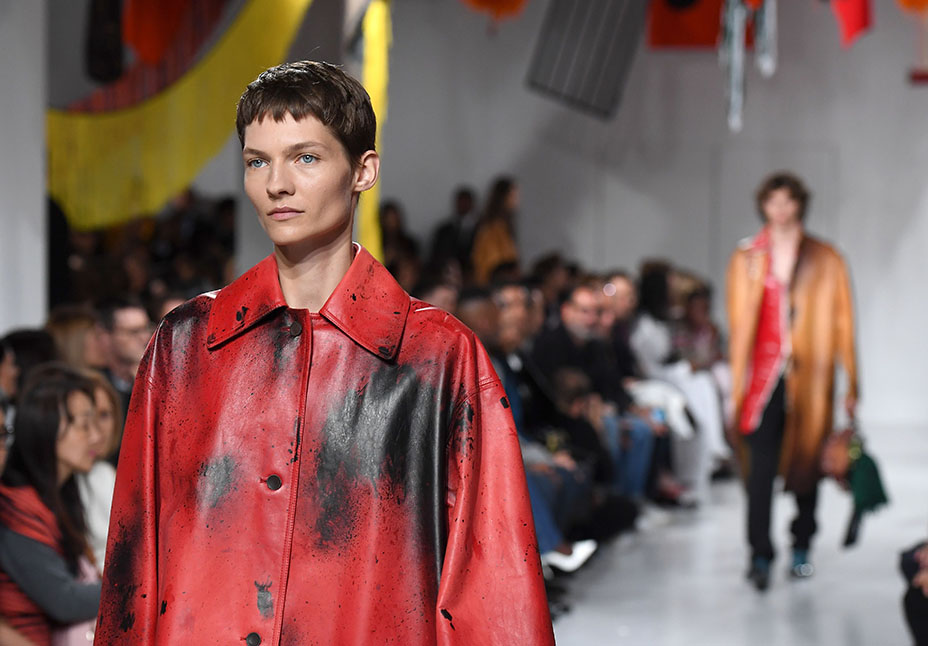 Beautifully artificial-looking dresses in hazard orange and red were made of rubberized plastic, like dishwashers’ gloves, while gauzy cotton lace nightgowns were printed with black-and-white Andy Warhol images from the artist’s Death and Disaster series, all of it together evoking images of Carrie, The Shining, Psycho and other classic American horror flicks.

Sporty, utility-inspired looks were particularly inventive, including windbreaker-style dresses and capelets in technical fabrics. Other dresses were all plastic fringe, like cheerleaders’ pompoms, while some purses were hung with toyful perfume bottle-shaped charms emblazoned with the name of the famous CK fragrance, Obsession, an American icon of its own sort.

“I’m thinking a lot about how fashion has allowed itself to become…not very daring anymore,” Simons said backstage, adding that his work at Calvin Klein has been about, “How I look at America not in this moment only, but in the past and what I expect the future should bring.” 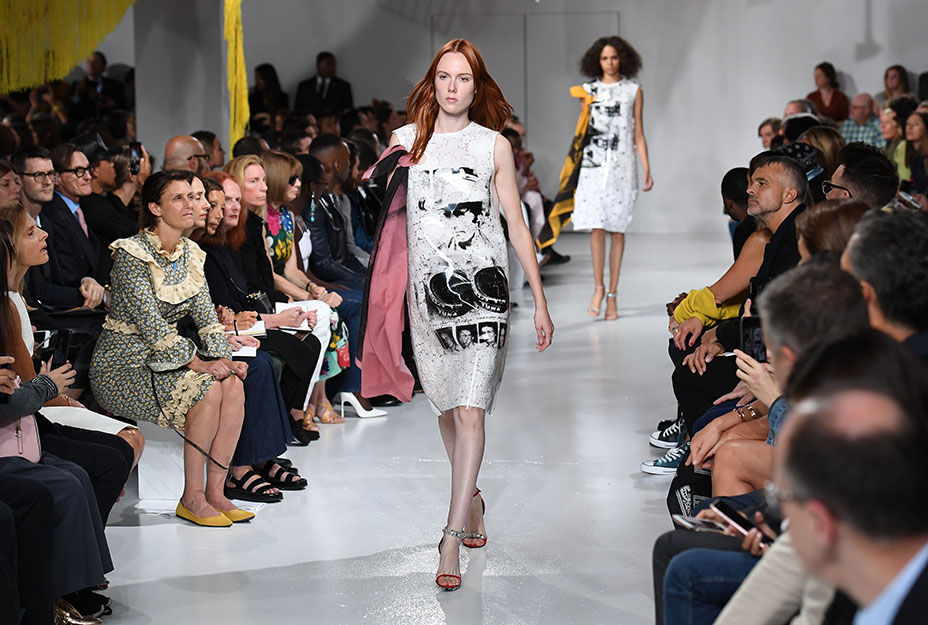 “I don’t think it’s all so great right now…but you can also reverse that and show something that’s hard and extreme, which relates to someone I admire, Warhol,” he said of the pop artist who was equally enamored of America’s famous and infamous. “What I want to say is where there is beauty there is the opposite, where there is horror, there is the opposite. The two cannot exist without each other. It’s American horror but also American dreams.”

Simons, who has made serious inroads into Hollywood since he started at Calvin Klein, tapping an impressive list of A-listers for ad campaigns and red carpet dressing, went on to praise the creative daring of the film industry compared to the relative set-in-ways of the fashion industry. “Right now, I think cinema takes freedom to present itself where only a handful of people do that in fashion,” Simons said. “It’s about allowing things to go wrong, then finding beauty again.” Amen.