In a scene likely familiar to some health-conscious Californians, Cameron Diaz and Katherine Power were hanging outside on a porch, drinking wine procured from Helen’s Wines and chatting about clean living.

The friends — introduced through Power’s longtime best friend Nicole Richie, who is Diaz’s sister in law — covered subjects like buying organic groceries and switching out toxic cleaning products, skincare and makeup for the purest stuff on the market. Then came the big question: “Should we open another bottle of wine?”

Power, a serial entrepreneur who serves as CEO of Who What Wear and drugstore skincare brand Versed, recalled that instead of settling on an answer, they floated another question: Is wine just grapes?

“It’s the only consumable that doesn’t list the ingredients,” Power explained of a casual wine moment that set her and Diaz on an educational expedition that would eventually morph into launching their own wine brand, Avaline. “We wanted to be able to drink [wine] with confidence and we realized we had no information about what was on the label. We wondered if there was a way to make wine better for you.”

“It was a purely self-serving endeavor,” Diaz summed up on Oct. 27 during a virtual wine tasting event with press to promote Avaline’s new red wine. The date and the varietal are significant in that the brand only launched in July with a Spanish white and a French rosé. They didn’t have plans to expand Avaline’s inventory so soon, but sales and customer interest were strong enough to fast track it. Per reports, they sold more than 120,000 bottles in three months.

“Everybody was asking for it,” Power noted, to which moderator Helen Johannesen of Helen’s Wines confirmed. “We got so many calls about a red Avaline.”

Also important to them was that it was available at as many chain grocery stores as possible. And, of course, at Helen’s. “Helen is the snobbiest wine curator and everything went by her,” Power quipped. “We had to make sure she would carry the wine. We absolutely put quality first.”

The red hails from France and is a Grenache, Syrah blend that is described as “light to medium body with hints of cherry and the perfect touch of spice.” Diaz, who has been posting cooking videos to show off suggested pairings for Avaline varietals, said she has used the red to cook beef stew. To fans of the cooking demos, Diaz said, “I’m trying,” when prodded to post more content.

Speaking of content, there have been multiple stories questioning the integrity of marketing wine as “clean,” though they didn’t address that during the tasting event. What they did say, however, is that Avaline is a brand that is here to stay.

“It’s truly something we built from soil to glass,” says Power. “We are actively connected to our community to figure out what you want next and we have a few ideas up our sleeve. This is just the beginning.” 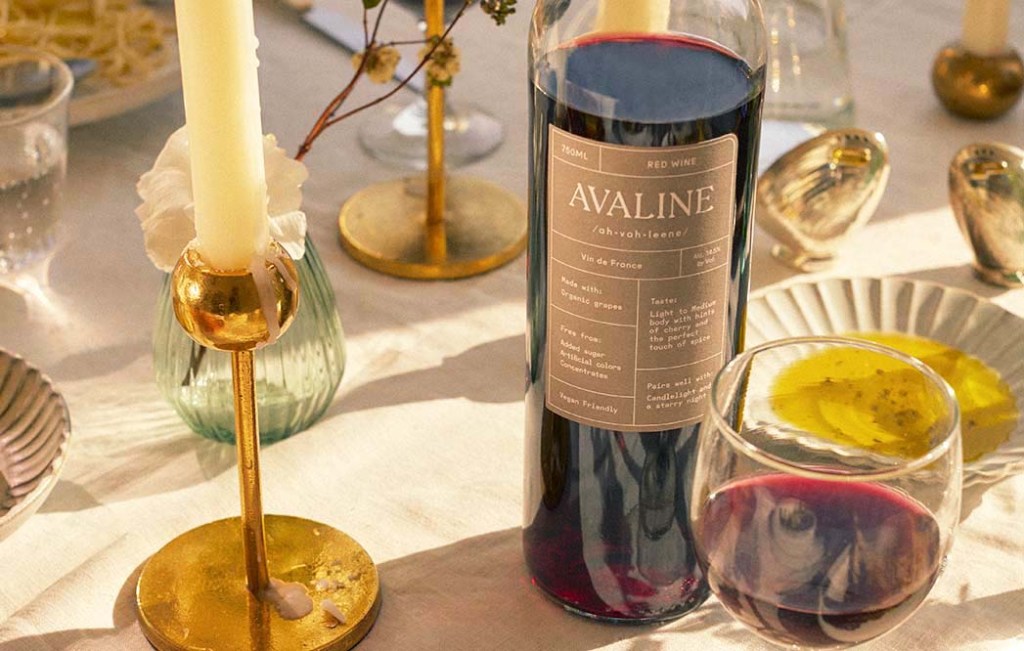