Before November 2019, there were certain unspoken truths about stories told in the Star Wars universe: They have a Jedi, a galaxy in peril and a sweeping sense of scope. But when Favreau’s The Mandalorian premiered on Disney+, the series did something unusual — it told a small story in the vast world George Lucas had created, about a lone bounty hunter who takes a job that leaves him tending to a child with special powers. The first live-action Star Wars series, it became the linchpin of Disney+’s launch, a must-see show that helped drive the service to more than 50 million subscribers.

Mandalorian was novel not just for its storytelling — and the memeable charm of The Child (aka Baby Yoda) — but for its production, which relied on video game engines, real-time rendering and video wall technology to thrust audiences into a world of desert planets and spaceship cockpits. Favreau, 53, didn’t add these effects in postproduction, as is commonly done on CGI productions, but rather shot his actors against the video wall scenery. The technology, which allows filmmakers to place casts in far-flung locations without leaving a soundstage, has practical applications, but is particularly valuable in the COVID-19 era, when travel for shoots will be scarce. 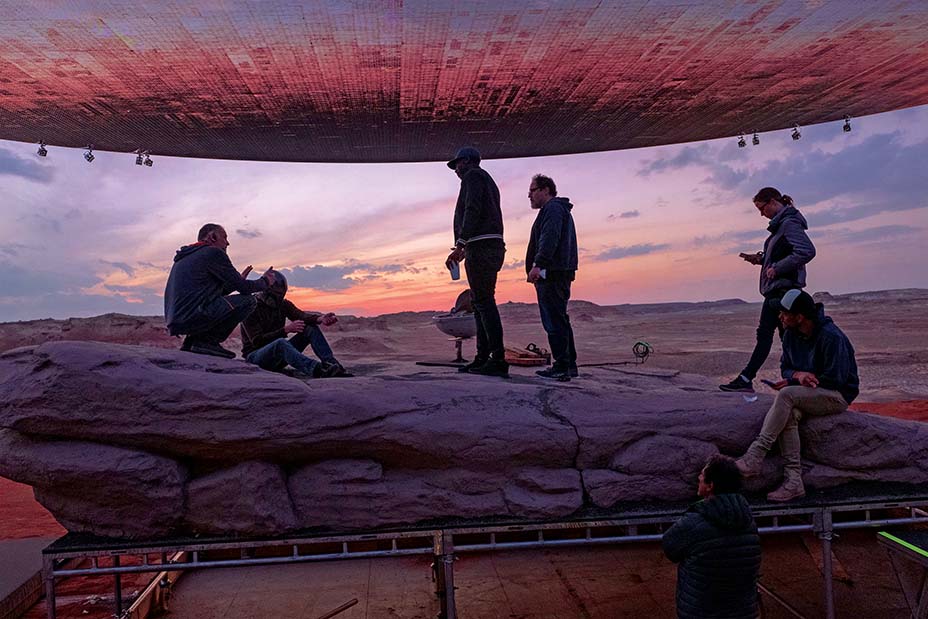 Mandalorian is in some ways a culmination of Favreau’s disparate talents. As the inaugural filmmaker in the Marvel Cinematic Universe with 2008’s Iron Man, he played a key role in setting the tone and template of that $22.6 billion franchise. He developed his comfort with digital tools and cutting-edge tech while directing the CGI adaptations of animated Disney classics The Jungle Book and The Lion King and on his 2016 virtual reality project, Gnomes and Goblins. “Usually when you say, ‘Hey, let’s take a big risk and do something completely new here,’ a director looks at you like you’re nuts,” says Ben Grossmann, who worked with Favreau on both Disney adaptations (see above right). “They know what it’s going to take to convince the studio, and you never get out of the gate. Jon takes the time to truly understand it and says, ‘That sounds like a better way, let’s explore it!’ But most importantly, he protects it, and it shows in the final picture.”

Favreau, who operates from his Playa Vista studio, wrapped production on the second season of Mandalorian in early March, just before the pandemic led to a production shutdown. He’s now at work writing season three.

In Baby Yoda, Hollywood Sees Its Past, Present and Meme-able Future