When Chinese neo-noir Black Coal, Thin Ice won the Berlin Film Festival’s Golden Bear in 2014, the global art house community got a glimpse of a tantalizing future soon to come. The gritty indie, directed by Diao Yinan, grossed $16.5 million upon its release in mainland China following the festival — a total previously inconceivable for an art house title in the Middle Kingdom’s unabashedly commercial theatrical market.

Since then, the development of the Chinese indie sector has only accelerated, as emerging Chinese talents and European art house veterans have come to view cross-border collaboration as the key to a vibrant shared future.

“The population in China is so huge, even if we get a very small slice, it will be the biggest art house market anywhere,” says Yang Cheng, producer of two Chinese films showing in Berlin this year, competition title Have a Nice Day and Ghost in the Mountains, screening in the Panorama sidebar.

The global art house sector has seen its share of struggles recently. Just before the Toronto Film Festival, the twin bankruptcy filings of Fortissimo Films and U.K. distributor Metrodome Group cast a shadow over the indie film industry. The rise of streaming services such as Netflix and Amazon has decimated the DVD sales that were the backbone of their business. But the ascension of the Chinese market could present a lifeline.

In November, the Chinese government threw support behind art cinema with the establishment of the National Arthouse Film Alliance, an indie film circuit managed by the China Film Archive, with support from commercial cinema chains. Eventually, the circuit plans to show a mix of low-budget Chinese films and imported art house fare. Once government film import arrangements have been ironed out, the organization should offer international art house auteurs an avenue for participating in the historic rise of the Chinese film market, which until now mostly has benefited Chinese and Hollywood blockbusters.

“There are just 100 screens in the project so far, so there’s not that much money in it yet — but it’s a very promising start,” says Gao Yitian, producer of The Villain, an edgy indie mystery directed by Xin Youku.

China’s streaming giants also are beginning to show an appetite for indie fare. Zhang Dalei’s The Summer Is Gone, which won the best picture award at the Taipei Golden Horse awards in late 2016, recently was acquired by SVOD powerhouse iQiyi for a healthy $400,000.

While censorship remains a challenge, the government covets the cultural cache of awards overseas — which makes recognition from Europe’s historic film festivals vital to directors hoping to break through.

“Participation in festivals is very important to getting attention,” says Gao. “If you win an award, your film will be everywhere in the Chinese media.”

Hollywood and European film veterans increasingly are investing in Sino-European ties. Last August, international film and TV studio IM Global launched a venture designed to help Chinese producers and financiers gain international exposure for their projects at overseas festivals. Named Go Global, the business also is shopping its services from the opposite direction, offering representation to Western festival directors who would like to gain a foothold in China’s diversifying market. European association Bridging the Dragon also is developing projects suitable for co-production with China, while cultivating a community of Sino-European film producers. The group will hold its third annual panel discussion series in Berlin on Feb. 15.

The Chinese-European future of the art house is perhaps nowhere so striking as in the fate of Dutch sales outfit Fortissimo Films. A pioneer in bridging the European and Asian markets, the company was renowned for introducing European audiences to the work of Asian auteurs such as Wong Kar Wai and Park Chan-wook.

Sources in Berlin tell THR that China’s Hehe Pictures Corporation, which co-financed and released Chinese mega hit The Mermaid, now is circling the insolvent sales group. Pending Chinese government approval, Hehe hopes to acquire and relaunch Fortissimo ahead of Cannes this year. The new Fortissimo is understood to already be scouting for senior sales and acquisitions executives and will be looking to expand into production. If the deal goes through, it will be the first direct investment by a Chinese media company into the European art house business. 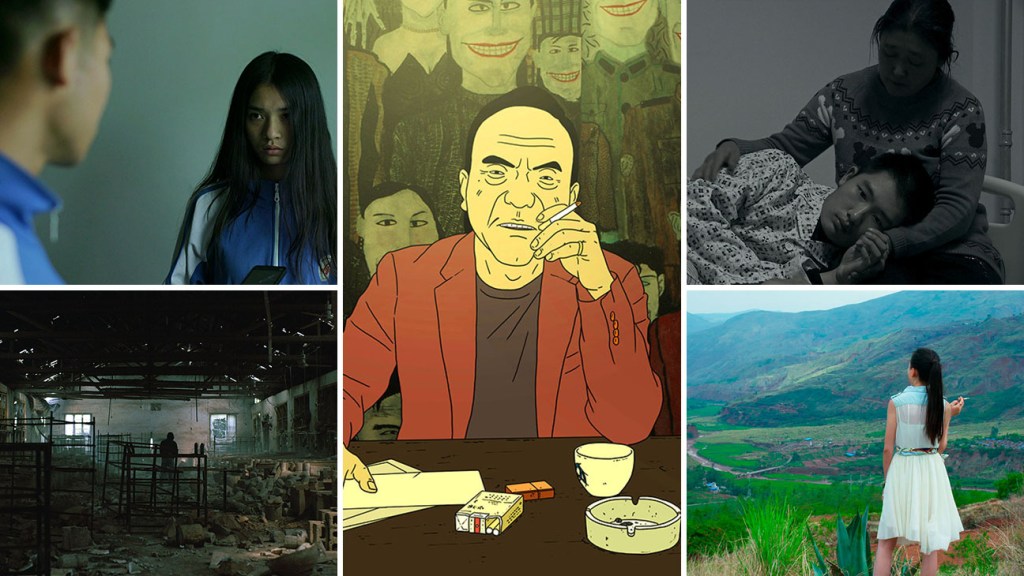 Have a Nice Day

Liu Jian’s story about a bag of money and the conflict it causes is China’s first animated Berlin competition title.

Ghost in the Mountains
The Panorama section film, by Yang Heng, sees a man return to his rural hometown.

Ciao Ciao
A woman goes from a big city to visit her parents in a small town in this Panorama entry from Song Chuan.

Inmates
Ma Li’s doc about a psychiatric clinic in Northern China will unspool in the festival’s Forum sidebar.

The Foolish Bird
Huang Ji and Ryuji Otsuka’s Generation 14+ film focuses on the challenges of a teenage girl in today’s China.