In Marielle Heller’s dark comedic biopic Can You Ever Forgive Me?, Richard E. Grant stars as Jack Hock, an accidental friend turned accomplice to Melissa McCarthy’s literary forger Lee Israel. Although he has an accomplished screen career that dates back to 1983, the Swaziland-born actor’s nomination for the role is his first Oscar nod. “Every aspect of the whole ride since we premiered at Telluride in September has felt like a roller coaster that hasn’t stopped,” says Grant, 61, who opened up to THR about his awards-season motto, the most difficult scene he filmed and the “gift” of working with a director who is a former actor.

What were you doing when you found out you were nominated?

I was sitting at a restaurant in London with my daughter, and she had the live feed on her phone. We both simultaneously burst into tears when we found out. I just couldn’t believe it — I still can’t believe it. I literally feel like I am out-of-body levitating.

What was the most difficult scene to shoot?

The farewell scene that my character has at the bar with Melissa McCarthy’s character because they both know that they will never see each other again because Jack is dying of AIDS — but also because it was the penultimate scene that we shot together, and we knew that it was coming to the end of our movie. Doing that farewell scene, which paralleled our farewell in real life, was painful to do, but we knew that it was right for the movie.

And what was your favorite on-set moment with Melissa McCarthy?

Oh, any time we ate together. Because we had lunch together every day whether I was working that day or not, and we had scenes where we had takeaway or were eating in a diner or the bedroom of her apartment or wherever. Every time we had to do that, it was just hugely enjoyable. 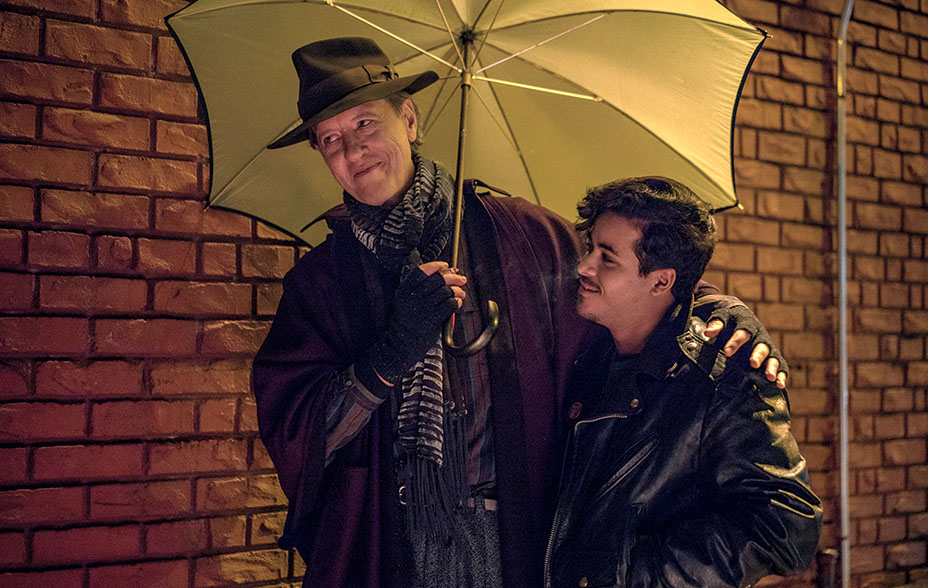 When you look back on this experience, what do you think you will take with you into future projects?

The gift of working with Marielle Heller, who, as a former actor, is so sympathetic to the process by which you arrive at a performance. She was so collaborative, open, encouraging and supportive in every single way while being very much in charge of the whole production.

With this being your first time on the awards circuit, do you have a personal motto that’s gotten you through all the craziness so far?

Just live for the day. You can only take it a day at a time.

Richard E. Grant Talks Chemistry With Melissa McCarthy in 'Can You Ever Forgive Me?'