Three women clad in leopard print lingerie came sleuthing cat-like down the ivy-covered staircase, writhing their limbs this way and that as Bishop Briggs blasted through the speakers: “Shut your mouth and run me like a river.”

Everything about the surprise dance number, performed for a table full of female editors and industry types, screamed girl power. It was a perfect homage to the new collaboration between supermodel Candice Huffine and luxury lingerie brand Fortnight, which was celebrated on Tuesday evening with a candlelit dinner and champagne flutes filled with rosé. 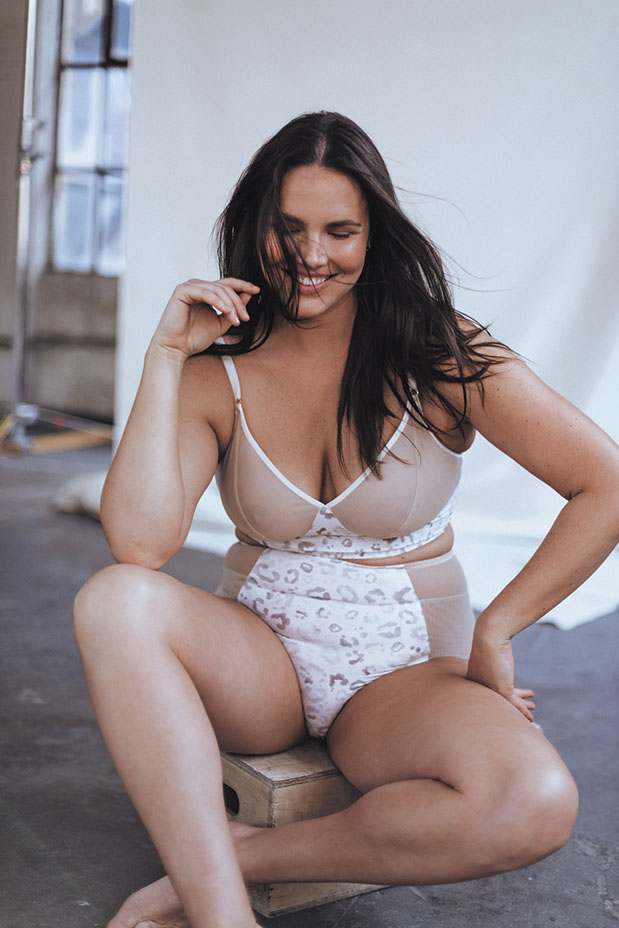 The collaboration, notes Huffine, was a serendipitous one. The curvy model first came across the Canadian brand founded by designer Christina Remenyi during a photoshoot and has been a fan ever since. “I zeroed in on the Longline bra and their slip that day and I said, ‘I can’t leave until I know what this is and have it in my life,'” she recalls. “It was different than anything I had seen or felt like I was offered as a girl with a bigger bust.”

After months of fangirling, Huffine finally teamed up with Remenyi to create a capsule collection. The result, a 12-piece collection ($52-$178) now available on Fortnight’s website and Journelle, was born out of a desire to create something that was both beautiful and contained a message. “The more we worked together, the more we realized that we were looking for something that is honest, genuine and gives women something that makes them feel beautiful and sexy,” says Remenyi. 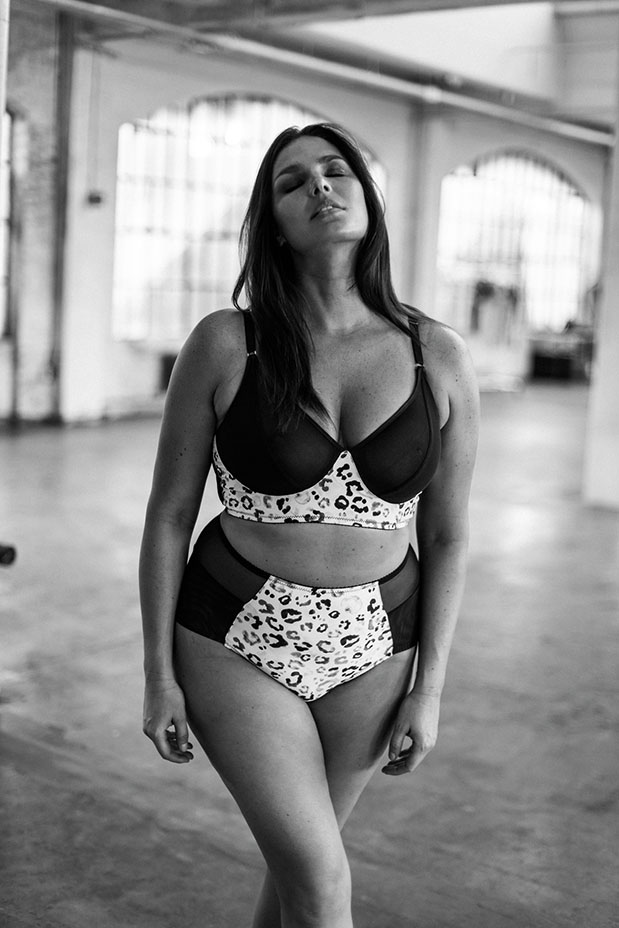 As a plus-size model and body positive activist who has been in the game for over a decade, Huffine has long been a champion for helping women feel beautiful in their own skin, no matter their size. However, these days, the conversation about the plus-size industry seems to have reached a new high — with icons like Huffine and Ashley Graham leading the charge.

“Conversation and collaboration are key,” says Huffine of the growth of the size-inclusion movement. “You can’t just point fingers and fault brands or magazines for not doing their part. Sometimes it’s just very innocent oblivion. If they haven’t been pushed to explore this other market, then they might just stick to what they know.”

As for how New York Fashion Week — which is just around the corner, coming up early next month — can help the cause, the supermodel notes that after last year’s size-inclusive runways at Christian Siriano, Michael Kors and Prabal Gurung, there’s nowhere to go but up. “I’m very interested to see who else steps up to the plate and adds to that diversity,” she says.

Gigi Hadid Just Educated Her Followers on the First Amendment

Another aspect to be on the lookout this Fashion Week, especially given recent events, will be political angles. Back in February, several designers infused their shows with a political message, including Gurung, who sent models wearing statement tees addressing issues like immigration and women’s rights down the runway. “Oh, I cried after that show,” says Huffine, who donned a shirt bearing the phrase, “Our minds, our bodies, our power” on the catwalk.

“We can all get very swept up in the glamour of everything,” she adds of the current climate. “Sometimes you’re posting a selfie and you’re like, ‘Why did I just do that? Bad things are actually happening and this seems really insensitive.’ But how much do I alter my day-to-day life accordingly?”

Huffine continues: “Everything about that show was important and powerful — it felt intense in a good way. Now is the time to take action and ask ourselves, ‘How are we all going to do our part?'”

It’s good my shirt says it all, because I am still speechless. Honored and proud to have been a part of lights nights powerful @prabalgurung show. Together we are strong. Together we will change the world! It was at this exact moment I said in my head “Go on, lift your head higher girl.” #prabalgurung #NYFW #thefutureisfemale #Repost @fashion_week ??? @CandiceHuffine of @IMGmodels led the charge of empowering statement t-shirts that closed out the @prabalgurung show. |: @gettyimages #nyfw #FashionWeek