Becoming director Nadia Hallgren remembers getting the call from the Obamas’ production company, Higher Ground Productions, about Michelle Obama floating the idea of documenting her 2018-19 book tour. “It was one of those conversations that you hang up and you’re like, ‘That’s awesome. Appreciate being considered. I’m never going to get the gig,'” says Hallgren. But a few weeks later, the veteran cinematographer (whose credits include Sundance Grand Jury Prize winner Trouble the Water and CNN’s Girl Rising) found herself face to face with the Obamas, and the former first lady hired her on the spot for the Netflix doc special.

The Emmys Embraced True Crime, With a Focus on Scams Over Murder

Landing your first gig as a director shadowing one of the most famous people on the planet might feel like the biggest vote of confidence for a filmmaker, but the reality of living up to the task can be daunting. Hired because of her extensive experience working alone in the field, nothing could prepare Hallgren for what was in store. “I’ve been working as a documentary cinematographer for 15 years, so you kind of get the sense of how people move. Mrs. Obama’s life is different,” says Hallgren. “There’s a dance that you really have to catch up with quickly in order to follow her. That was one of my first obstacles.”

The other was getting past the idea that Hallgren was in the presence of an icon. “If I was going to be able to make this feel personal, I had to get very physically close to her, and there wasn’t a whole lot of time between a first meeting and me being very close to her face with a camera,” she says. “I had to get past my own intimidation.” 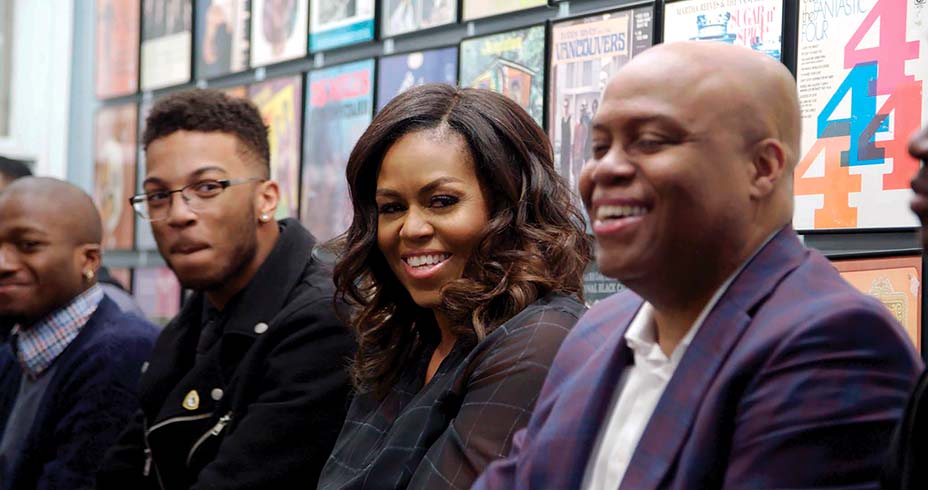 Filmmakers who delve into the lives of public figures, whose every step is already exhaustively examined, aim to reveal the real person in front of the lens. But with time restrictions, physical boundaries and the sheer amount of information already available, it often becomes virtually impossible to offer a new perspective on a modern legend.

For Hallgren, it was the unprecedented proximity to Obama that revealed an opportunity for more than collecting archival footage. “As I was having these experiences with her, I was clearly seeing in the camera [moments] that were so moving and just extraordinary,” says Hallgren, who earned an Emmy nomination for both directing and cinematography along with the documentary special nom. “I came back and worked with an editor and we just started to cut scenes. When Mrs. Obama saw them, I think that really convinced her that we can make a film.”

As Hillary director Nanette Burstein plowed through thousands of hours of footage inherited from Hillary Clinton’s 2016 presidential campaign, she came across some behind-the-scenes gems showing a surprising side of one of the most visible political figures in our lifetime. “What no one has seen is her in all of her glory and understand that she can be candid and funny, and that she has a vulnerability about her as well,” says Burstein, whose credits include the 2016 Showtime doc Gringo: The Dangerous Life of John McAfee and the Oscar-nominated 1999 doc On the Ropes. “I felt like I could tell a really intimate story.”

But to effectively depict Clinton as few had seen before, Burstein knew she needed the former secretary of state’s full cooperation. “I wrote out a whole treatment of how I saw the series playing out, to give Hillary a sense of what it will look like,” says Burstein. “And because it was framed in the context of these issues that she cares about — our history, our politics, the arc of the women’s movement and how her life is exemplary of that — she was on board with doing it. She even understood we were going to have to talk about her marriage, because that affected her life and career. She said, ‘I can do that.’ “ 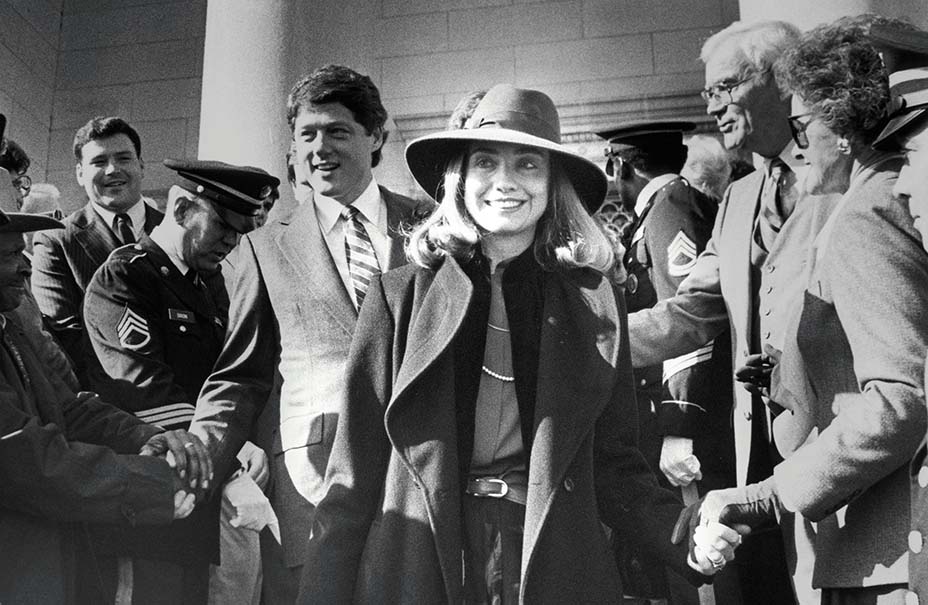 Burstein spent 35 hours interviewing Clinton for the Hulu doc series, giving both interviewer and interviewee an opportunity to return to subjects where they thought they could delve deeper. “The hardest thing for her to talk about were the problems in her marriage, so we went back to that a second time,” says Burstein. “Even though she’s written about it, it’s different doing it in front of a camera.” But most unnerving, for Burstein, was asking former President Bill Clinton to open up about his own indiscretions. “It was certainly intimidating for me to confront a former president about his most public mistake, his own guilt and remorse,” admits Burstein. “I was so nervous that morning. I’m like, ‘I know I have to do this. This is going to be difficult but it’s part of my job.’ ”

What struck Burstein was the lack of evasion or desire to control the film on Clinton’s part. “Despite her brilliance, I didn’t feel that there was in any way a cat-and-mouse game,” says Burstein. “She was really engaged in talking about these different issues and stories. Normally, when she’s interviewed, there’s an agenda and they need a certain sound bite. She’s never spoken about her life and her thoughts in that way.”

Like his colleagues, Jason Hehir felt the pressure to produce new revelations in his Netflix docuseries The Last Dance. “What I didn’t want to do was make a documentary that sports fans enjoyed, but people outside the sports sphere rolled their eyes at,” he says. “What was of paramount concern was vulnerability, honesty, openness and candor. It’s very tough to cultivate the trust necessary to get those things without knowing the person really well or spending a lot of time with them.”

Hehir, whose work in sports documentary series includes several episodes of 30 for 30 and UFC Primetime, understood that he did not know Michael Jordan well enough for the basketball legend to just open up to him, so he had to come up with a way to fast-track their working relationship. “What helped was the use of the iPad and showing what other people had said. Because he doesn’t know me, but he does know his mother.” Hehir showed him Deloris Jordan reading a letter he wrote as a homesick freshman. “He gets choked up,” recalls Hehir. “He wouldn’t have gotten choked up if I just told him, ‘I talked to your mom.’ That was a little magic trick to get him to be the authentic, visceral Michael.”

Jordan’s amused reaction and willingness to share an anecdote about the “traveling cocaine circus” of his early days on the Chicago Bulls gave Hehir confidence that they were going to places fans had never before seen, but the real “holy shit” moment, says Hehir, came when Jordan was asked if he minded that his greatness came at the cost of being seen as a nice guy. “He gave this really impassioned answer, defending what it takes to win and why he had to act toward his teammates the way that he did. But at the same time, he’s getting emotional,” recalls Hehir, who earned a directing Emmy nod along with the nomination for documentary series. “He asked for the cameras to stop, and we took a quick break. The crew and I looked around at each other and we didn’t have to say anything. We knew that this had become more than an examination of a great basketball player. This was an examination of a human being.”

While the end result shows a candid subject, the pressure of gathering anecdotes while the clock is ticking is on par with a star player’s burden to score. With just eight hours over the course of three sessions to interview Jordan for the 10-hour series, Hehir literally found himself on the stop clock. He still can’t believe he kept continuously interrupting his interview subject to make sure they stayed on track. “It seems almost sacrilegious,” says Hehir, who has been a fan of Jordan since he was 8 years old, with a laugh. “But at that point, the job is more important than offending the greatest basketball player of all time. You do what you’ve got to do.”