Cardi B didn’t disappoint at the Grammy Awards when she arrived in custom Thierry Mugler, the same label as her seashell Venus look from last year’s Grammys.

Her two-part custom necklace shows off 310 carats of white diamonds to create a “regal” collar with eight strands in varying styles that were fixed together, attached to fabric and sewn onto Cardi B before she left for the event — maybe that’s why she was fashionably late and missed the red carpet.

She also shined in Gismondi earrings and a stack of Dena Kemp bracelets for what Carter called a “dripped in diamonds” moment. Cardi is nominated for a Grammy Award this year alongside her husband Offset for best rap performance for “Clout.” 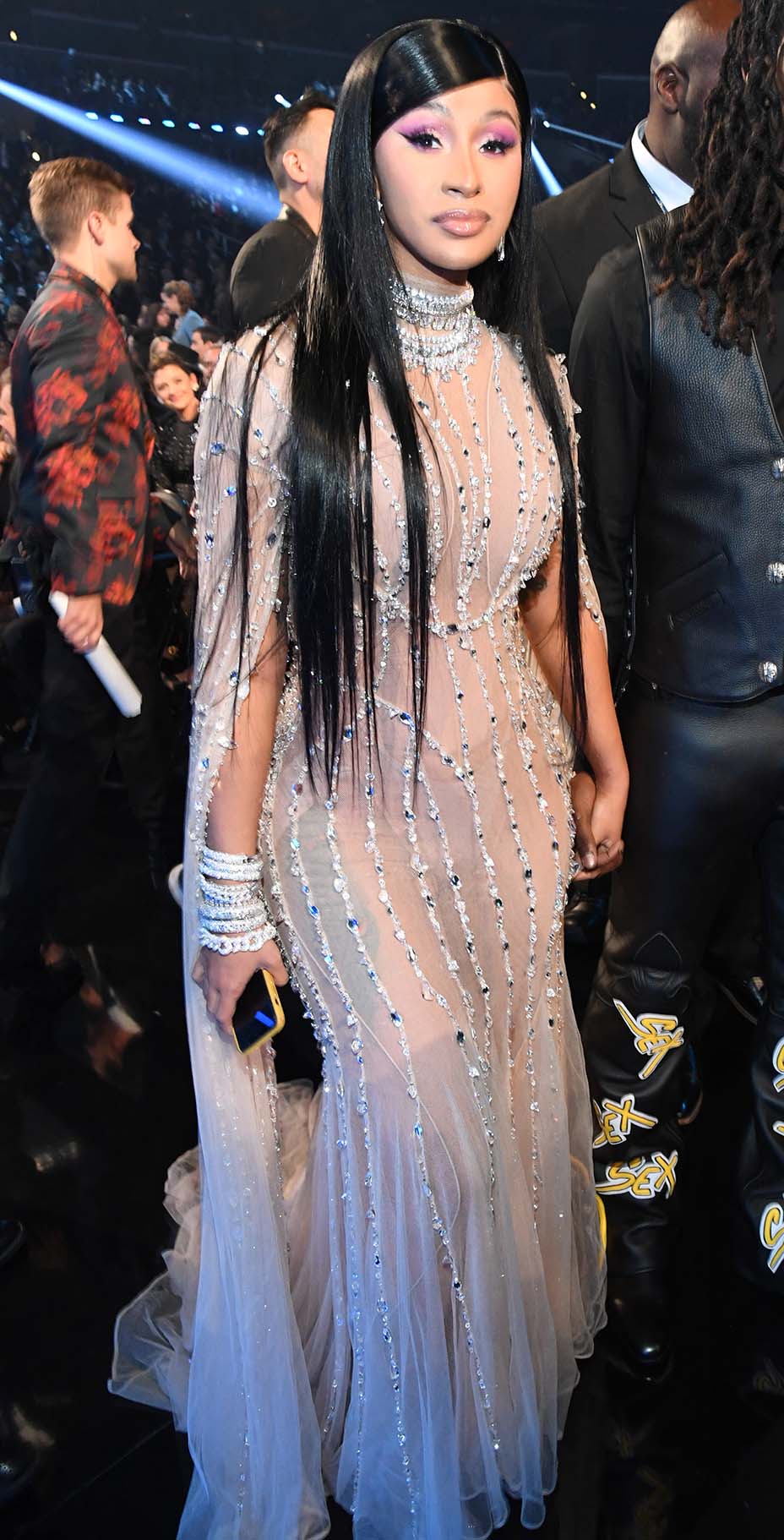 “We are proud Gismondi 1754 has been a part of two iconic looks for the Grammy’s [2019 and 2020] collaborating with Kollin Carter and his team for Cardi B with the House of Mugler. Their collaborations are so dynamic and forward thinking, pushing the boundaries of red carpet fashion and taking interpretive fantasy to a level of epic entertainment and glamour for the world to enjoy,” said Massimo Gismondi in a statement.

On Saturday at Clive Davis’ and the Recording Academy’s pre-Grammy Gala, Cardi arrived in a plunging, hot pink Nicolas Jebran dress encrusted with silver studs, looking like she was a sneeze away from showing a little too much skin. The 27-year-old rapper often creates buzzy fashion moments, such as her $250,000 ruby nipple covers at the 2019 Met Gala and her vintage Mugler shell dress at the 2019 Grammy Awards.

That 1995 Thierry Mugler haute couture dress consisted of a nude sequined bodysuit, a full-length blush satin-and-black velvet seashell-inspired skirt, pink satin gloves, and pearls from the top of her beehive-styled hair to the center of her navel — straight from the French fashion designer’s archives.

Carter told The Hollywood Reporter that he knew the 2019 Grammys dress would be a conversation piece. She ended the evening in a white-fringed gown, another of Mugler’s archival pieces, toting around the ultimate accessory — the first-ever Grammy awarded to a solo female artist for best rap album. 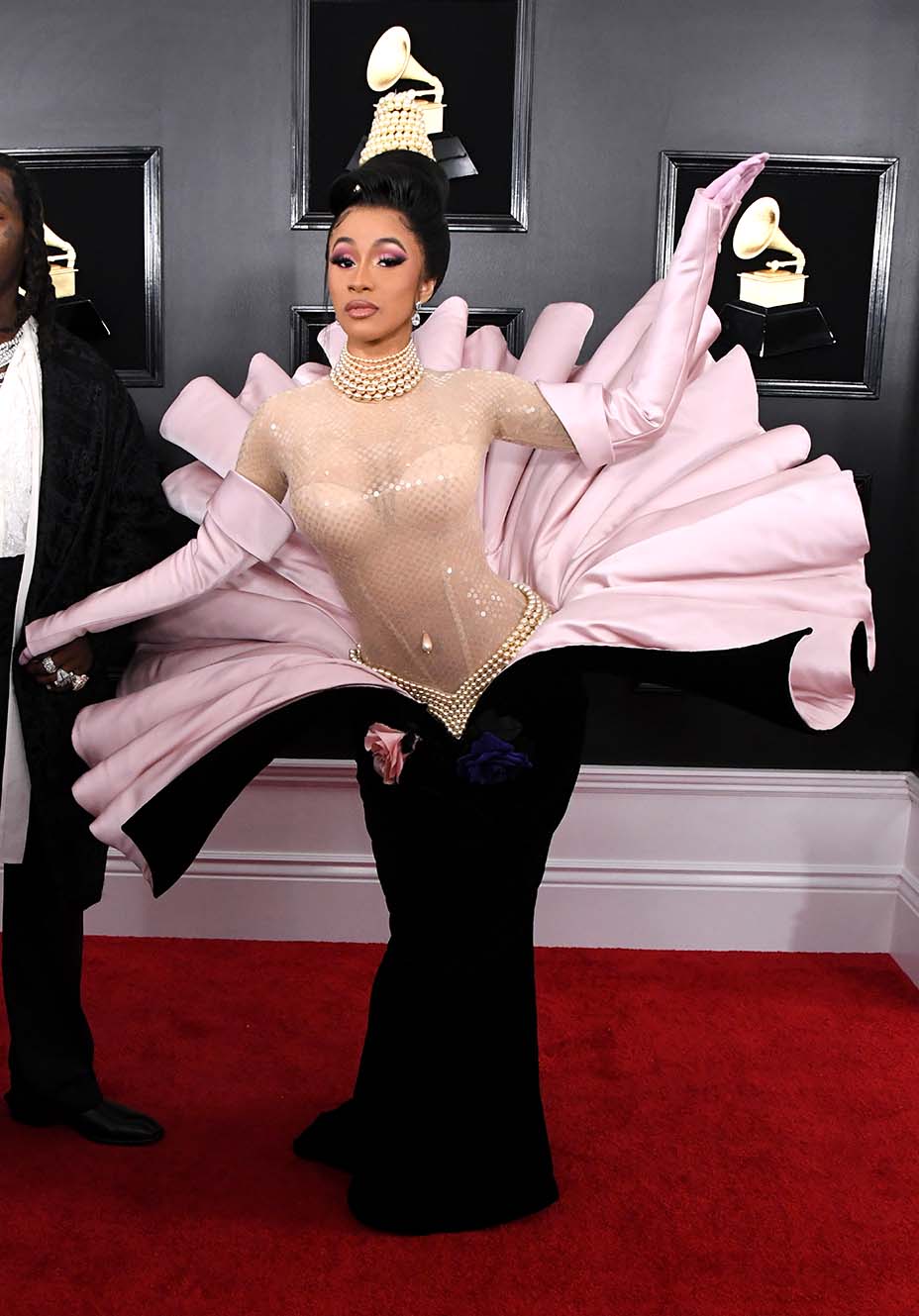