Calvin Klein, Seth Meyers, Andre Leon Talley and more came out Monday night to New York’s Museum of Modern Art to bid farewell to one of the grand dames of American fashion. Carolina Herrera, 79, announced last week that this would be her last runway show and that she would be stepping down to make way for a new creative director, Wes Gordon.

Carolina Herrera Steps Down as Designer Of Namesake Label

Over the years, Herrera’s brand of high society elegance has made her a red-carpet go-to for Sarah Paulson, Kiernan Shipka, Renee Zellweger and more, and a Washington glitterati go-to for former first ladies Hillary Clinton and Laura Bush, as well as current first daughter Ivanka Trump, who caught flak for posting a date-night photo wearing Herrera’s $5,000 silver lame gown the same day that her father’s immigration ban sparked nationwide protests. 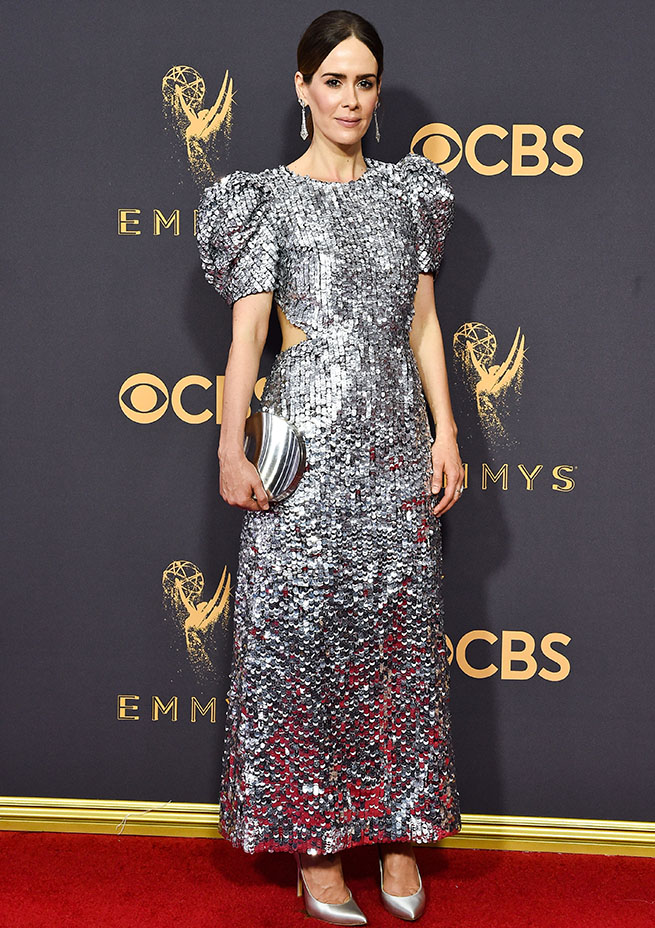 Herrera is the epitome of her brand with her perfectly coiffed helmet of blonde hair, red lips and signature crisp white button-down shirts, which when worn with cigarette pants or skirts became synonymous with American style. She came to New York from Venezuela to work in fashion, hobnobbed with Andy Warhol, Halston, Mick and Bianca Jagger at Studio 54 in the 1970s and first appeared on the International Best Dressed List in 1972. 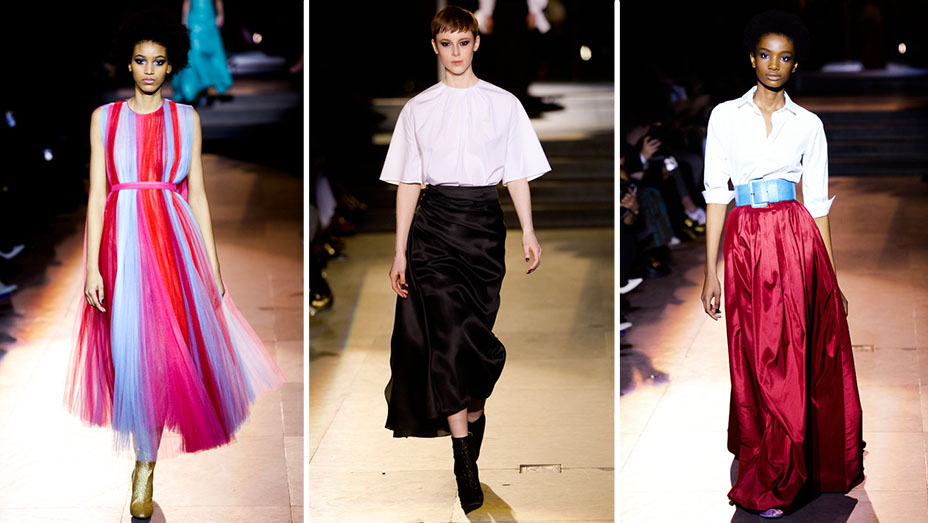 The show on Monday night paid homage to Herrera’s grand personal style, including a finale of white shirts and belted taffeta ball skirts, but also suggested things to come for the brand, namely a more modern and sporty approach to dressing up as seen in a single-shoulder, red animal-print lame dress worn with black booties; a white ostrich feather embroidered chunky knit sweater worn with a draped black silk pencil skirt; a multicolored pleated tulle cocktail dress made to move; and a red tuxedo jacket over black pants and a point d’esprit bow blouse. If not a revolution, it was the beginning of an evolution. 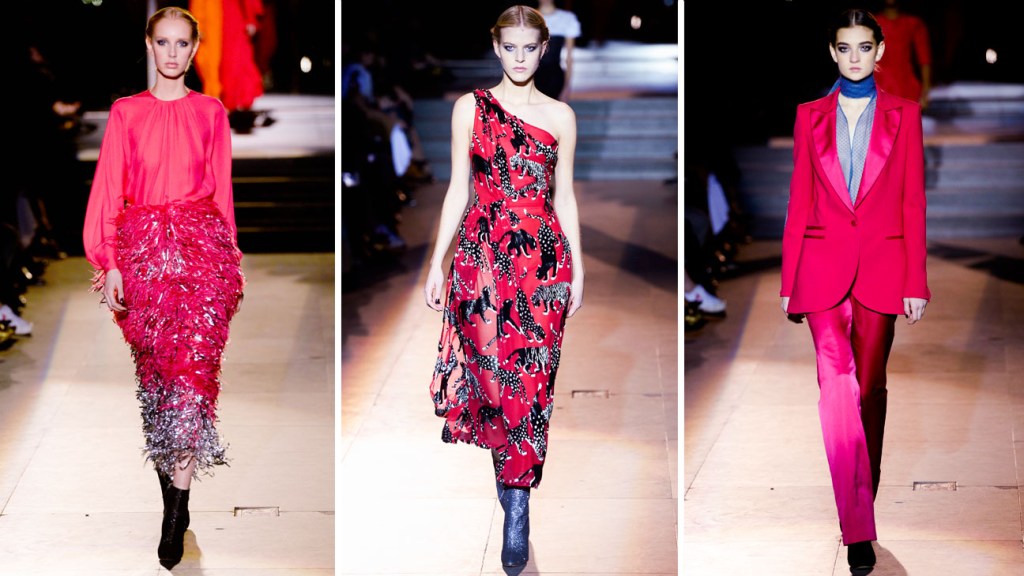 With new designers now installed at American legacy brands Oscar de la Renta and Carolina Herrera and long ago at Calvin Klein, many are wondering how much longer Ralph Lauren, 78, will stay at the helm and whispering that his brand, too, could use a bit of a refresh.

That certainly came to mind after watching his spring 2018 collection on Monday. Lauren is still showing on the “see now, buy now” schedule, meaning that what he sent down the runway is simultaneously available in stores instead of six months from now, which is the case for most of the collections shown in New York, including Herrera’s. 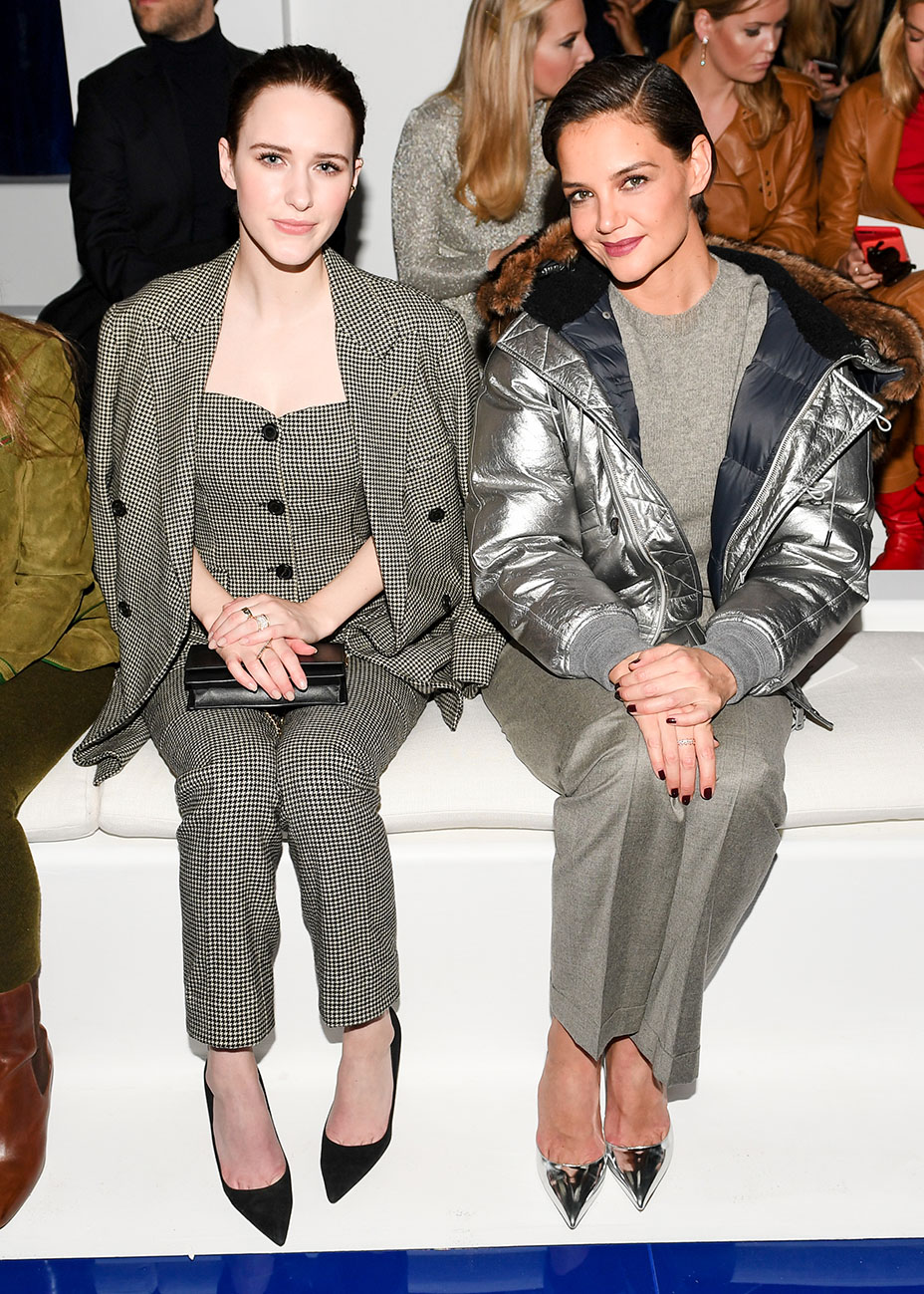 The Marvelous Mrs. Maisel herself, Rachel Brosnahan, along with Katie Holmes and Hillary Swank, were front and center for the spectacle, whose white-washed beach house set and first group of barefooted models suggested we might be taking a sojourn to Lauren’s famous Jamaica Round Hill Estate. The washed blue floral skirts and sunbleached denim certainly told that story (a story, it’s worth noting, we’ve seen a number of times in different Lauren collections over the years). But then, all of a sudden, we had set sail to Cap D’Antibes, carried by old-timey beach scene sweaters, a beach umbrella stripe bustier and white linen suits with pants rolled up over espadrilles. 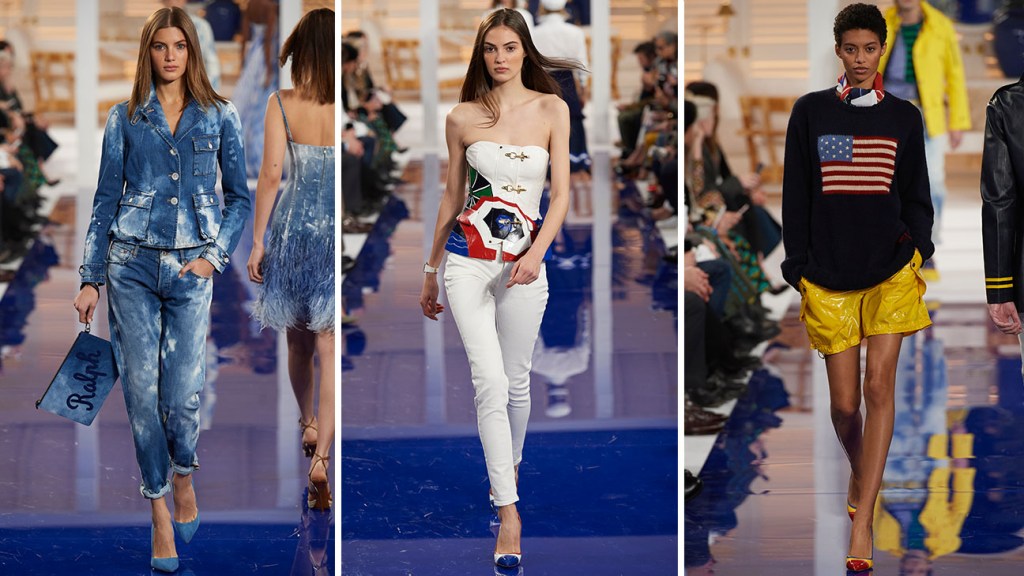 Perhaps the collection was meant to evoke a trip on Daddy’s yacht, anchoring at several ports? Lauren mined his preppy archives, bringing back his iconic American flag sweater, duck boots and pinstripe double-breasted men’s suits the likes of which we haven’t seen since the corporate raids of the 1980s. The whole thing felt like a sentimental trip to someplace that doesn’t exist anymore, out of touch with the female empowerment, gender fluidity and body positivity that have been making waves on the runways this week. If not a new captain, let’s hope for a new course soon. 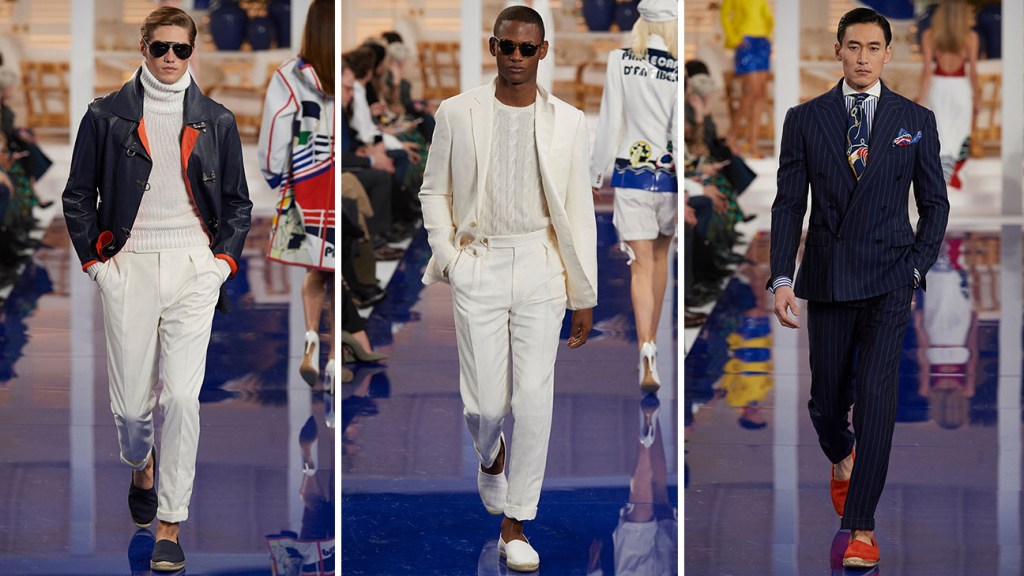