It’s hard to distill the essence of Netflix’s Maniac into a single word.

Four words, however, do the trick: “Annie, I’m a bird!” It’s a line from the done-in-one-season’s eighth episode, uttered by Jonah Hill’s Owen, a young man diagnosed with schizophrenia. Except in this specific moment, he’s not a man; he is, as he says, a bird, flying high over a fantasy world that would fit comfortably alongside Lord of the Rings and Game of Thrones. Emma Stone’s grieving Annie acts as the veritable Legolas of this enchanted land, complete with the flowing blond hair, elf ears, bow and arrow and everything. Stone’s visage in this specific episode is already vastly different from her various manifestations throughout Maniac, including but not limited to a Cold War spy, a Long Island hospice worker with a mean streak and a magically inclined con artist.

In short: Maniac comes equipped with the manic quality implied in the title, as developed by Cary Joji Fukunaga and Patrick Somerville. Based on a Norwegian series of the same name, Maniac spans 10 episodes, all of which were directed by Fukunaga, the man who helmed the first season of HBO’s True Detective to award-winning heights and who is set to tackle Sony’s forthcoming James Bond film.

The 41-year-old Emmy-winning director opens up about his process, his personal input and finding the emotional and psychological throughline in Maniac and its various worlds.

Everyone can relate to the idea of relitigating past wounds. How much of yourself did you pour into the project in that regard?

A lot. I really like that term, “relitigate.” That very much feels like what you do after relationships end because you’re having these arguments that will never take place, nor did they ever take place. For Patrick and me, every parent in [the series] is somehow either based on parents of people we’ve known, dated or our own. We were very much drawing from ourselves. No one in our family — or the people that we dated or have been married to — would ever recognize it, but it’s all there in bits and pieces in this sort of a Frankensteinian amalgamation of personal experience and autoanalysis.

The fantasies are sometimes linked to things that were said earlier in the story or different iterations of the neuroses characters are dealing with. But I think the throughline in the end is this idea of the desire to somehow achieve the idea of “normalcy,” in quotation marks, which doesn’t really exist for anyone. It’s all false. Even within the idea of a quote-unquote perfect family, there’s just no such thing. Everyone is constantly in denial or facing their personal demons in a socialized context. We’re bouncing around like a bunch of pinballs. There’s this idea, especially living in a city like New York, of a sort of inescapable loneliness of contemporary living and how connection with people is so life-changing and so affirming — especially when things just feel hopeless. 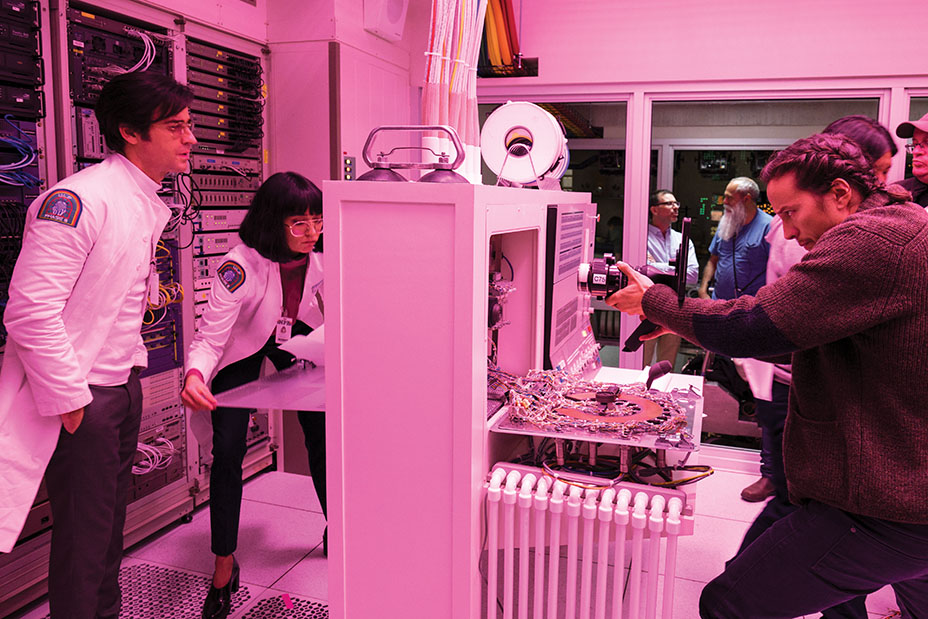 Even the baseline “real world” of Maniac comes with its own distinct flourishes. What were some of the main influences on the design of this alternate New York universe?

The baseline reality, sort of this alternate reality, was inspired by an outsider’s perspective. Something a professor once told me — and I’ve always thought it, too — is that people from other societies are able to observe the idiosyncratic parts of a place that the people from there can’t.

What are some of the worlds and ideas you conjured for Maniac that didn’t wind up in the series?

There was one that Patrick and I really liked, we just couldn’t quite figure out a way into it. It started off in a World War I trench and ended up in this house in No Man’s Land, where the war was over but they didn’t realize the war was over, and life had kind of gone by, and Annie and Owen would’ve grown old together in this house. It was an idea about the idealization of companionship, the extreme in the opposite direction where you idealize what it would be like to be with somebody, and it’s actually very difficult to be with only one other person your entire life.

Do you have a favorite universe from the series? The fantasy world with Emma Stone as an elf is certainly a standout.

We had so much more written for that episode, too, that we just couldn’t afford to do. We had this whole saloon scene that would’ve been amazing to start off and set up the world, almost like in Star Wars, the [Mos Eisley cantina] scene when you first meet Han Solo. We just couldn’t afford to do it. There was money in the project, but maybe surprisingly, there was not as much money as I think people think there was. We just made it happen with some really creative location choosing and also with the help of a really great VFX supervisor. 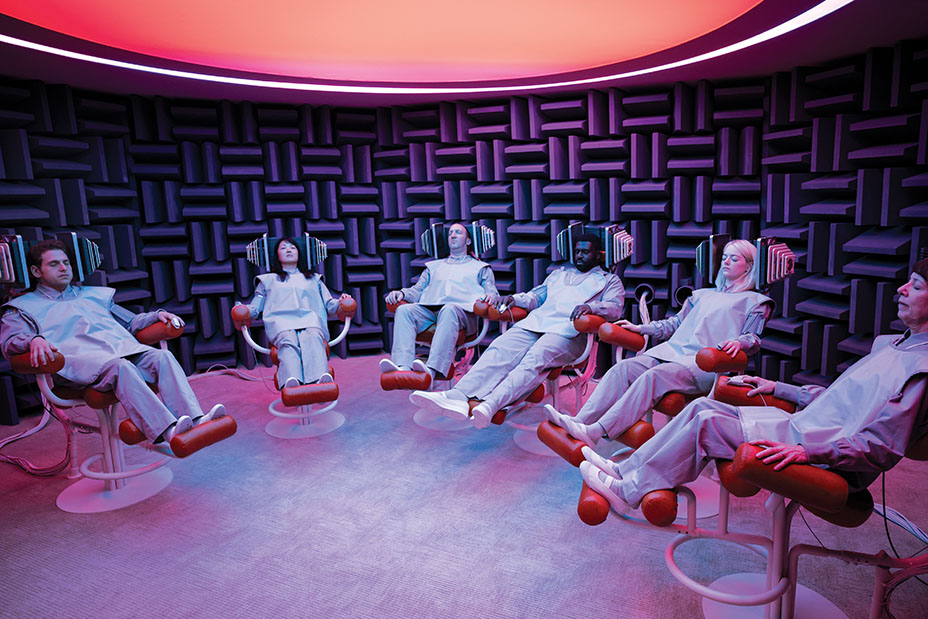 Most of these episodes clock in at 40 minutes, sometimes less, which is a pattern we’re seeing more in dramas. Is the TV episode as a unit of storytelling evolving?

I think it only evolves in the online world because we’re not beholden to television act breaks where a certain amount of advertising within the half-hour, hourlong slot would exist. HBO still has requirements. Netflix, Hulu, Amazon and Apple are going to be able to break those rules a bit, and I think there is definitely an advantage to it because sometimes stories can be told in [a shorter] amount of time. When you’re reading a book, there are longer and shorter chapters. It’s not like a chapter has to be 100 pages or 50. The chapters are as long as the author and story require them to be. As viewers, we are well aware while watching episodic television when it feels like a filler episode. A lot of TV shows, especially the ones that are 22 episodes a season, there are dozens of episodes where you just watch it and wonder, “Why am I wasting an hour on this?”

Maniac was conceived as a limited series, but do you feel tempted to return to this world?

Definitely. When you spend that much time writing and developing these things, they exist in your mind as if real people existed. We can very easily figure out how to continue that story if Netflix wanted to, but we also wrote it to be complete in one season. Were it to be turned into other seasons, there are ways to look at sequels. But we weren’t necessarily looking at it in a classic multiseason television way, throwing up a bunch of juicy morsels like bait for people to tune in for another season. We really tried to — as much as possible — satisfyingly end the story by the end.