Held at sunset at the glorious Getty Center, this year’s InStyle Awards celebrated a star-studded lineup of Hollywood’s most stylish — and the image makers behind them.

But Cate Blanchett, who was honored with the style icon award, had the quote of the night, capturing the current cultural moment like only she can: “We all like to look sexy but that doesn’t mean we want to fuck you,” she quipped onstage about her role as a style setter. 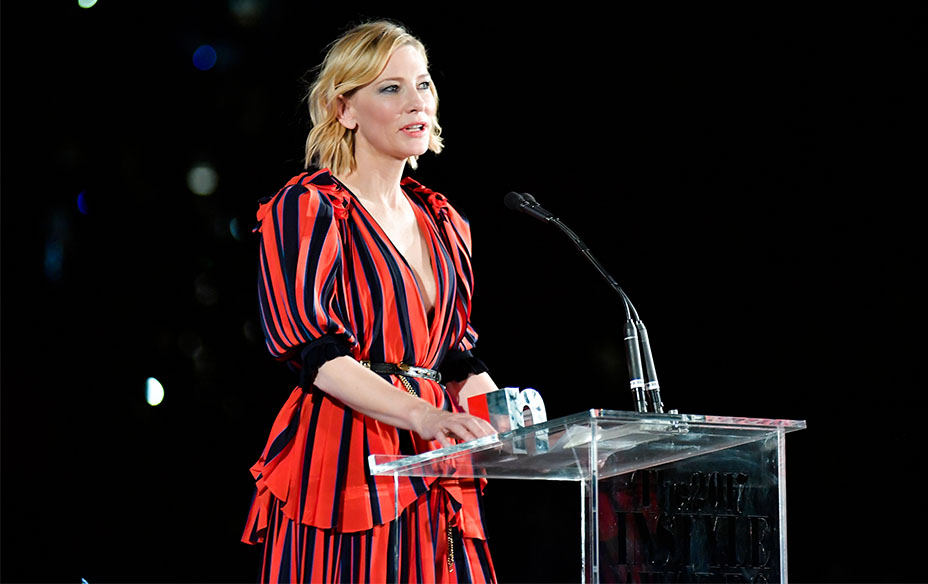 “It’s a very strange award and flattering but bewildering…. I thought about fashion as costume and didn’t get into the industry to walk the red carpet and wear fabulous clothes,” Blanchett said. “Over the years I’ve been doing this, it’s been quite bewildering to me the whole industry that’s built up around this, and sometimes eclipsed what it is we actually do. But positive things have come out of it…you get to have these beautifully constructed gowns by geniuses, and you have creative relationships with people in the fashion industry,” she said, before going on to acknowledge several people “who have been been profound influences on my aesthetics: John Galliano, Nicolas Ghesquiere, Siegfried and Roy, Pierpaolo [Piccioli], Jean Paul Gaultier, Stella McCartney, Sarah Burton and Lee [McQueen], Bruno Frisoni, Martin Grant, Riccardo Tisci and Clare Waight Keller, whom I’m wearing this evening and is doing wonderful things at Givenchy. But more than anyone, I have to thank Mr. Armani, who is the style icon…and such a profound mentor.”

Why Somtow Sucharitkul Brought the 'Tar' Thai Orchestra Back to Oldenburg

“For me, the true icons of style…it’s always those women who are utterly themselves, and their aesthetic is incorporated into who they are…women who know how they look is not all that they are, but just an extension of that….and it’s women who feel free with what they want when they want it and how they want to wear it.” 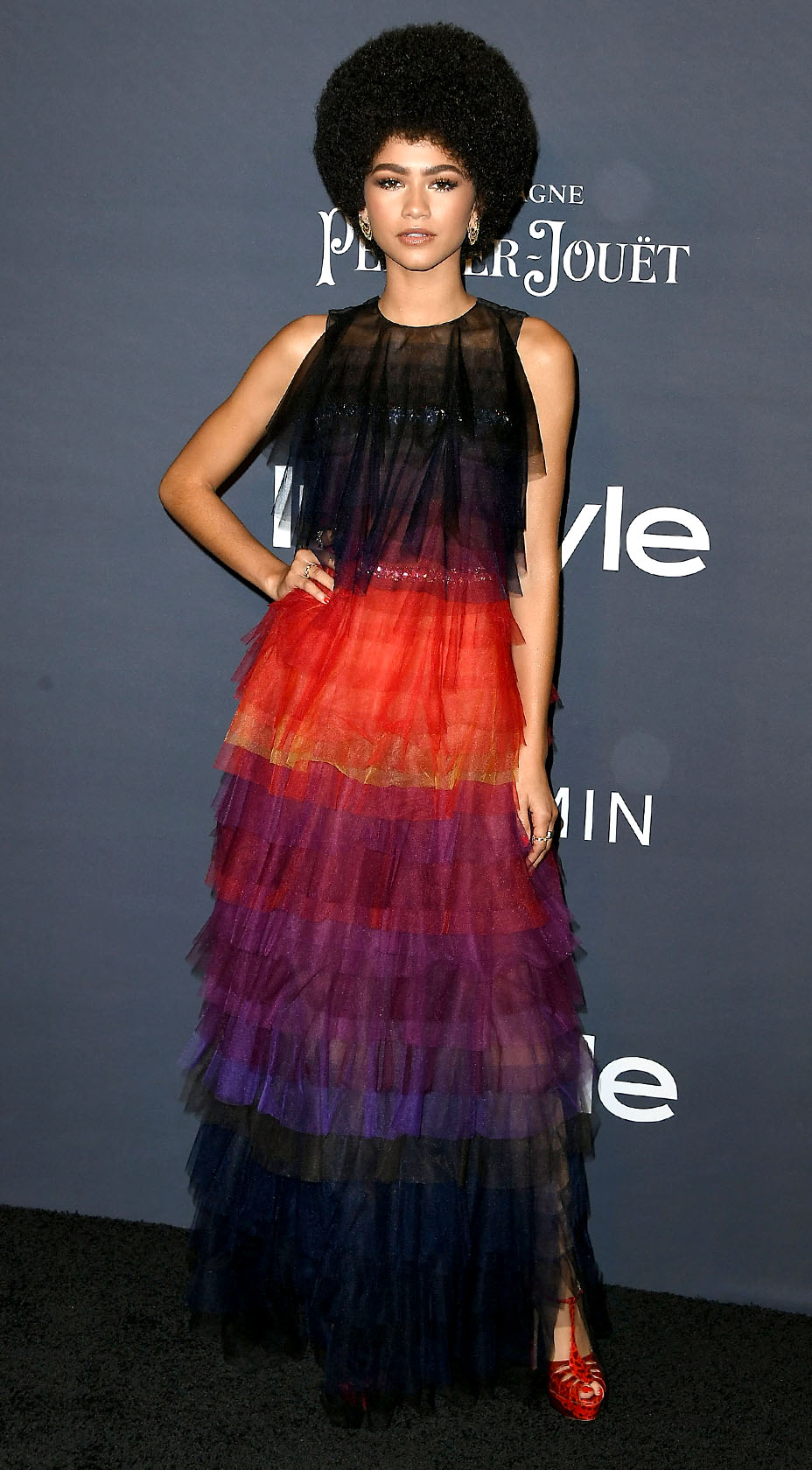 Hosted by InStyle editor Laura Brown, the third annual awards ceremony also honored style star Zendaya, who was wearing a Schiaparelli gown and a wig, channeling powerful women such as Angela Davis, she and stylist Law Roach explained. “Fashion has given me a vehicle to not care…. I thank you for pushing me to be confident and take chances. Fashion goes beyond hair and makeup, we’ve created a platform to show different kinds of beauty,” Zendaya said when accepting her award.

Last nights inspo…my stunning aunties (my daddy’s all the way on the left) and a hint of Angela Davis. photo cred: grandmas living room pic.twitter.com/V3otGVwwRp

Breakthrough style star Elle Fanning was wearing a straight-off-the-runway Versace gown in a Marilyn Monroe and James Dean print. Fanning admitted to being a longtime Marilyn fan, “I have her face cream and powder!” she said during cocktails. “My grandmother got them at auction when I was like seven.” 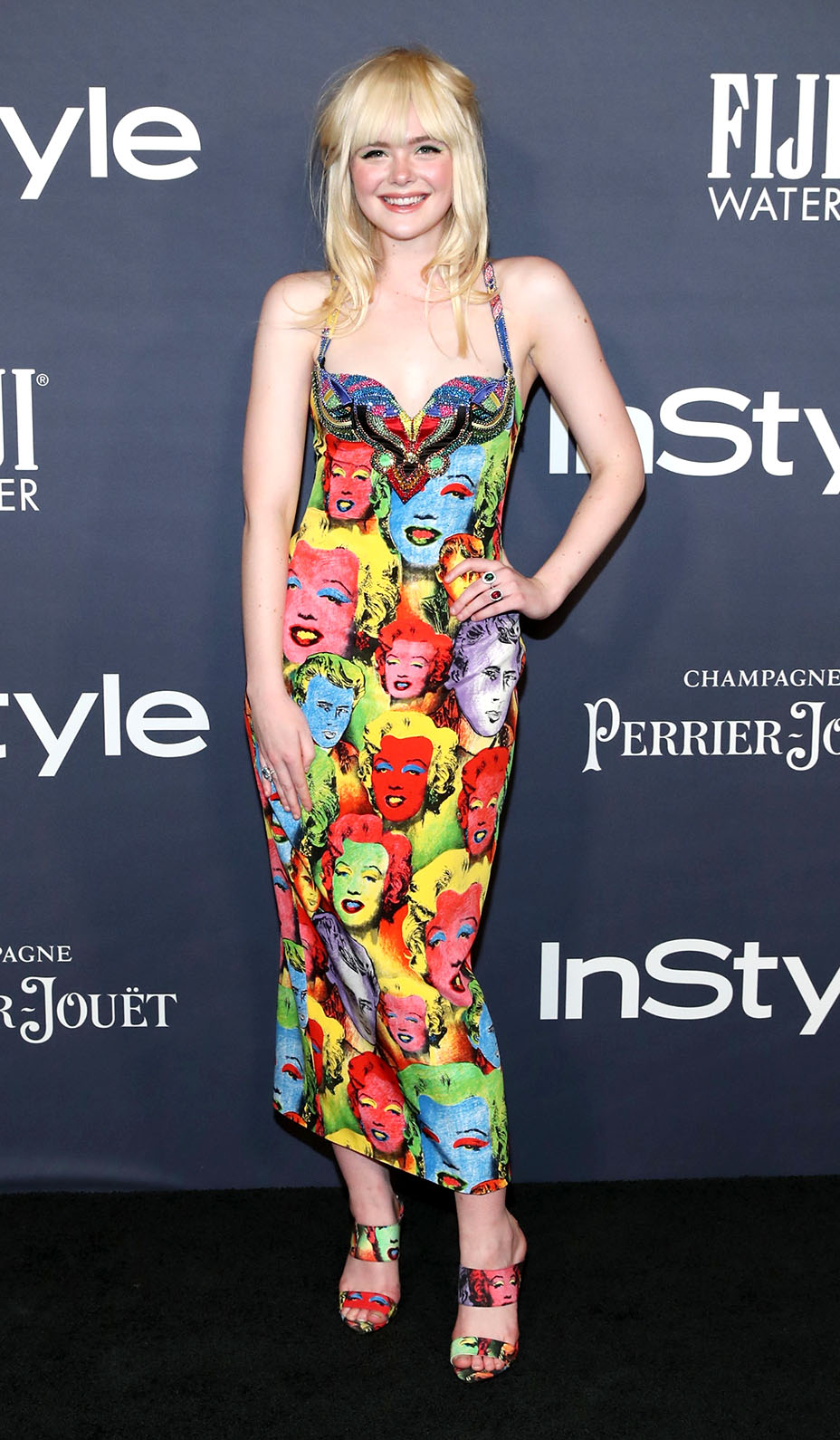 Fanning clearly has style in her genes. “I was intimidated by a 13-year-old’s style,” stylist Samantha McMillen joked about first meeting the young star.

Advocate award winner Demi Lovato told the crowd, “Honesty has shaped my life…even if at times it’s felt painful, but I knew it was important to share my story with others,” she said, taking pride in her decision to share her story of having bipolar disorder starting at age 12. “I made a pact with God — if you make me a singer, I’ll use my voice for good.” 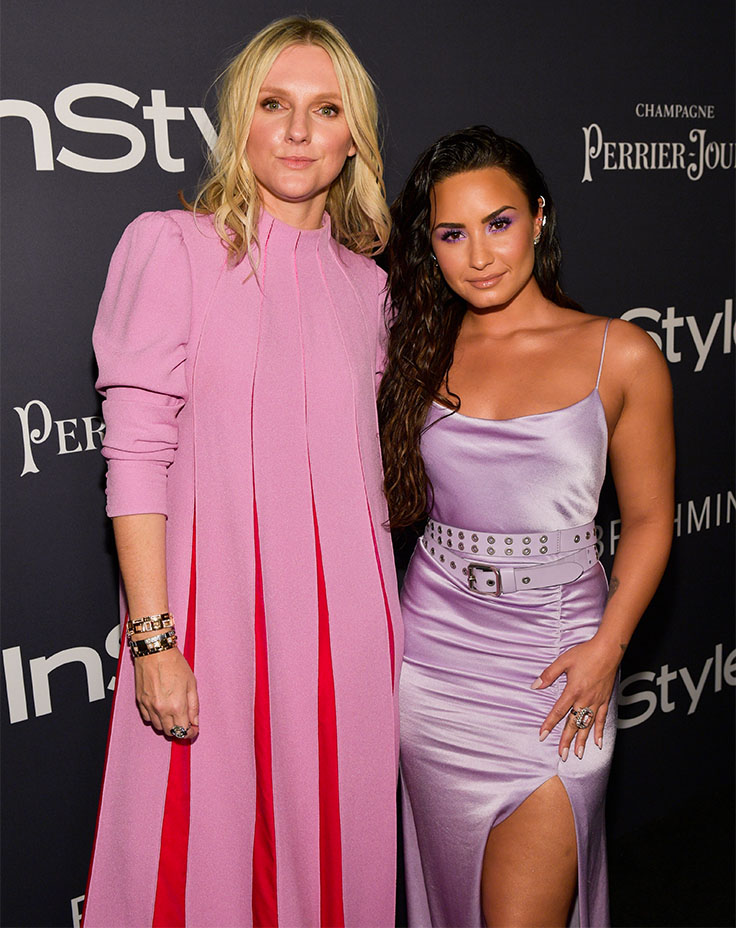 Awards also went to makeup artist of the year Hung Vanngo, a Vietnamese-Canadian immigrant who took the opportunity to thank the family who hosted him as a refugee when he was a child, and to tell his story as an immigrant coming to the U.S.; and hairstylist of the year Harry Josh, whose clients include Giselle, Kate Bosworth and Kate Hudson, and who used his platform to make a pitch for more sustainable living and consumption.

The evening also honored Valentino creative director Pierpaolo Piccioli as designer of the year (he thanked his atelier, “the crew that took me to the moon”), and Petra Flannery, who was named the No. 1 most powerful stylist in 2015 by The Hollywood Reporter, as stylist of the year. “She has saved me from so many near tragedies,” longtime client Faith Hill joked onstage, adding that Flannery is so easygoing, “we could do a fitting right here!”