“I’m excited for her, I’m excited for women and I’m really excited for Givenchy,” enthused Cate Blanchett, sitting in the starriest (and no doubt, most expensive) front row yet at Paris Fashion Week on Sunday morning.

She was alongside Rooney Mara, Julianne Moore, Fan Bingbing, Lily Collins, Pedro Almodovar and more to see Clare Waight Keller’s debut collection as the new creative director of the house famous for dressing Audrey Hepburn on- and off-screen, including for Sabrina (1954), Breakfast at Tiffany’s (1961) and more.

An expensive front row! From Lily Collins at left to Fan Bingbing with Cate Blanchett, more in between. @givenchy #pfw pic.twitter.com/qgTt4d1T0a

Why Somtow Sucharitkul Brought the 'Tar' Thai Orchestra Back to Oldenburg

Keller, one of a new generation of women leading French fashion brands, replaces Riccardo Tisci, who brought the label into the 21st century by courting the Kardashians (he made Kim K.’s wedding gown in 2014) and the hip-hop crowd with edgy T-shirts and sneakers.

Keller kept the look contemporary, perhaps a little too contemporary, with lots of denim and leather (“I loved the hard and soft element of the boots with the dresses,” said Collins), and showed menswear alongside womenswear for the first time in Givenchy history. She also nodded to the house codes, including crisp button-down shirts and little black dresses. 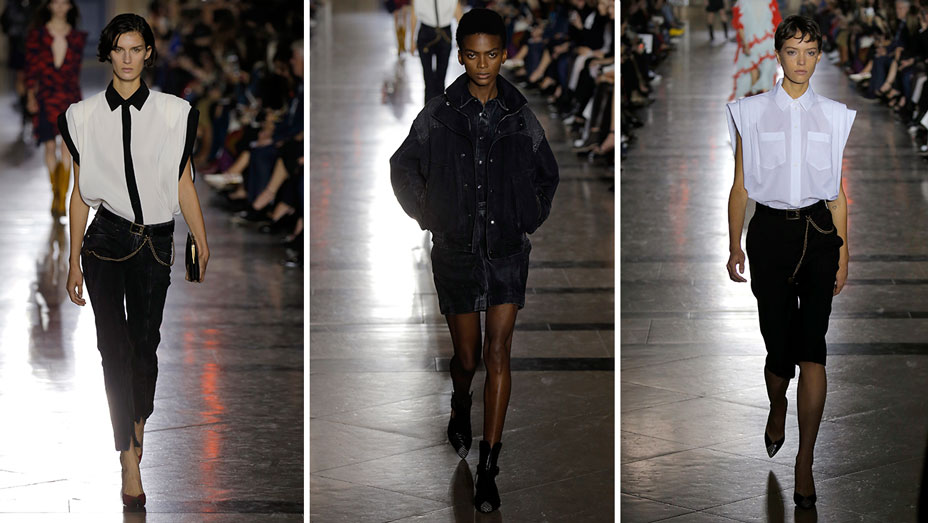 On the runway, gone were the growling Rottweilers of Tisci’s time, and in their place feminine feline motifs, such as the flocked velvet animal stripes covering a men’s evening jacket and the leopard-patterned lace blouse worn by Mara. Menswear was a colorful and fun mix of statement jackets (a burgundy jacquard tux blazer with jet black beaded lapels, a black blazer with Western yoke detail) worn over jeans. (There was women’s tailoring, too — see the flocked lip print blazer Blanchett was wearing and the white tuxedo rocked by Moore.) 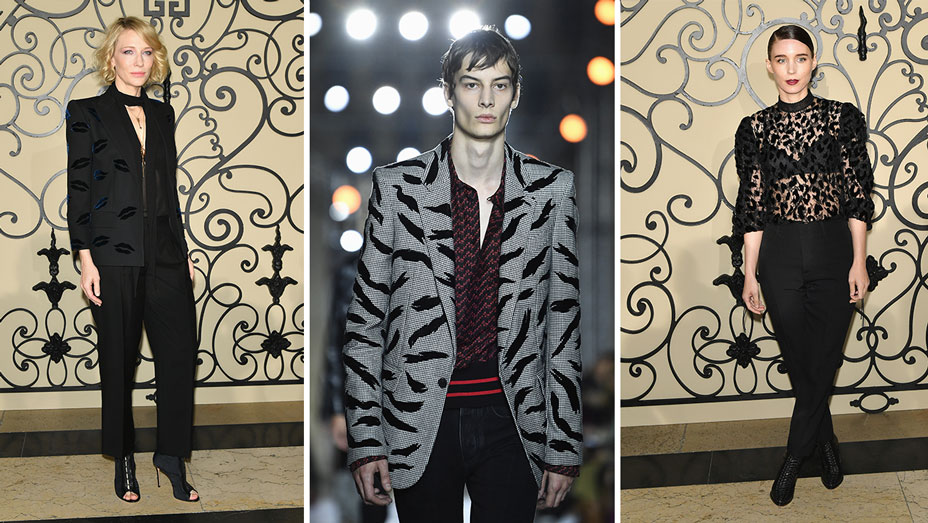 The iconic Givenchy shirt went rockabilly (cut oversized in black-and-white, with the sleeves chopped off, and worn with skinny jeans and red stilettos), or romantic (in black, with tiered puff sleeves edged in shimmering metallic, over black shorts).

Striped Givenchy tees were tucked into asymmetrically pleated skirts, or black leather minis. And it wasn’t just little black dresses she showed, but little navy-blue dresses, too — with sheer sleeves, tuxedo ruffles and single-shoulder styles trimmed in stiff ruffles. Almost every look was worn with a pair of high-heel Western boots, sure to be one of the must-have styles of the spring season. 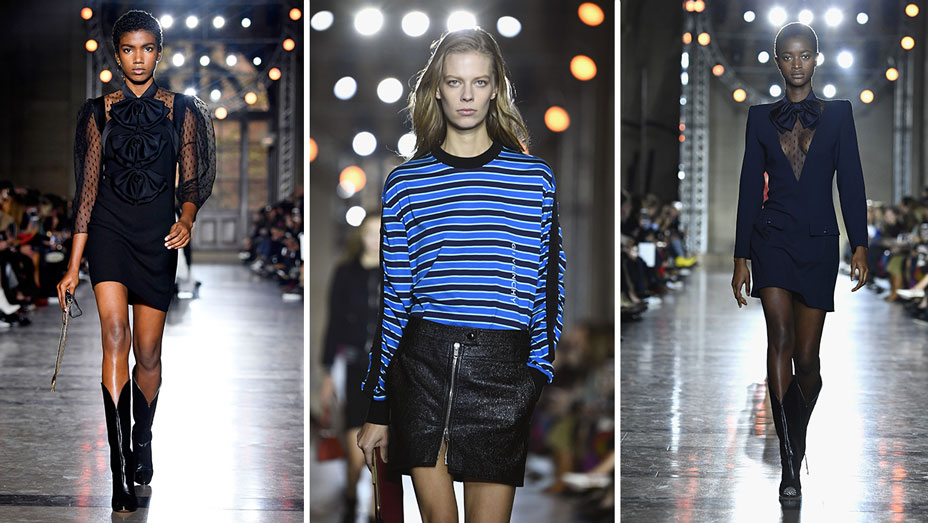 The about-face reminded me of Hedi Slimane’s debut at Yves Saint Laurent, and indeed, this collection seemed to want to key into the way people dress every day, more than how they aspire to dress on say, a Hollywood red carpet. (And to be fair, if you scan the front row, even most fashion editors have adapted denim and sneakers as a new uniform these days.)

Still, the collection lacked both the grandness of vision and subtlety of hand craftsmanship we’re used to seeing on a Paris runway, where designers are supposed to lead rather than follow.