Four years after Gianfranco Rosi’s documentary Fire at Sea won the Golden Bear at the Berlinale, the hot-button subject of immigration is now set to take center stage in the fest’s growing TV arm, and with the headline-grabbing backing of a double Oscar winner.

The hard-hitting, six-part drama Stateless from NBCU, having its world premiere Feb. 26 as part of Berlinale Series, was co-created by Cate Blanchett alongside her school friend Elise McCredie, who acted as showrunner, and director Tony Ayres, whose first feature, Walking on Water, won Berlin’s Teddy Award in 2002. The series centers on four strangers — from a flight attendant to an Afghan refugee — who find themselves caught up in one of Australia’s many immigration centers. Blanchett, who plays a fictional cult leader, is joined by an impressive ensemble cast that includes Yvonne Strahovski, Dominic West, Jai Courtney and, playing extras, a group of nonprofessional actors who spent time in detention facilities or were asylum seekers.

Although the show was five years in the making and looks at the issue through an Australian prism, Stateless arrives at a time of intense debate over borders, walls and sovereignty. Speaking to THR, Blanchett, McCredie and Ayres discuss making sure Stateless didn’t take sides or deal with solely the refugee experience of immigration; how there could be a Stateless series in many different countries; and why the shifting political landscape — unfortunately — makes the show’s launch rather well timed.

What inspired you to delve into the subject of immigration?

ELISE MCCREDIE About five years ago, Cate and I were just throwing ideas around, the issues and things that we felt affected by at the time. I felt quite impotent, as a drama maker, about issues, so it was a way of flooring something that we felt deeply passionate about.

CATE BLANCHETT It was around the time that that offshore processing of asylum seekers and refugees was starting to happen. That was the backdrop for the conversation. But these issues get politicized, so it was very difficult to find partners brave enough or imaginative enough to look beyond the obvious.

TONY AYRES Perhaps because of my own cultural background — working-class Chinese — most of the stories that I’m drawn to telling are set in marginal and underrepresented communities. I’ve always felt that Australia’s refugee policy, which is one of the most punitive in the world, is rich territory for storytelling because the stakes for the people in it are so high.

This was a collaboration among the three of you. How did that come about?

BLANCHETT Elise and I were at high school together and then university, and Tony was kicking around at the same time, so we knew him socially. But Elise and Tony had worked together when he was at [NBCU-owned banner] Matchbox. And once [Elise and I] had hit upon the idea, which was basically to get to the human drama behind the policy, inspired by the experience of Cornelia Rau [a German citizen and permanent resident of Australia who was unlawfully detained in 2004], it seemed the natural fit to talk to Tony. And you know you’re on to not only a winner in terms of a story, but a good relationship with someone, when you’re supposed to have a half-hour meeting and you just talk for hours. There were so many stories that we could hang off this one central idea.

AYRES I agreed with Cate that it was a compelling entry point to tell a bigger story about the last days of the onshore detention of refugees in Australia. Soon after our story ended, refugees who arrived by boat were detained offshore on Manus and Nauru [islands with immigration detention centers].

How much research did you do?

MCCREDIE An enormous amount. In fact, the shape of the show started with a more singular idea and narrative, but as we delved into the research, it became really clear to all of us that what interested us most about this world was the multiple perspectives. The further we dug, we thought, “Imagine being a guard,” and then discovering that they were often working class, very young, had often never left Australia and had had no interaction with people from other cultures. We thought that was an amazing perspective. Then Cate jumped up and said, “I need to be in this show.”

BLANCHETT For me personally, one of the storylines that really broke the series was of the guard. And just the idea that a trauma specialist who had worked with returned servicemen from Afghanistan and Iraq went to Manus and Nauru to deal with the trauma — not of the detainees — but of the guards. So we started to think of it as a dysfunctional system. 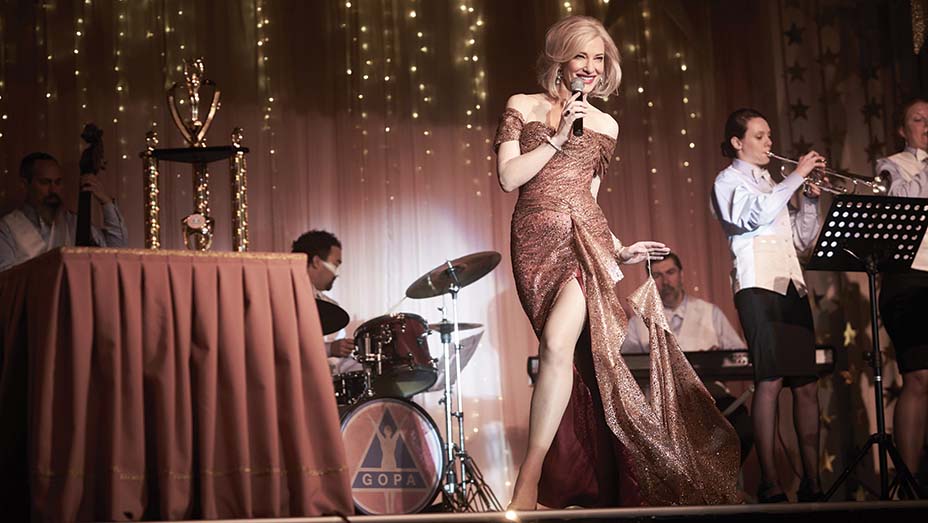 Did this research impact your own opinions on the subject?

MCCREDIE Yes, but I think what we all wanted from the show was for it to not actually take a position. We’ve done market research on the show, and people really respond to different characters. Take from it what you will. We won’t be saying this one is right and this one is wrong, because as the series goes on you see how compromised all the characters are.

AYRES From the outset, we’d been interested in talking about a system rather than telling the story of an individual, and showing how a system that was broken can break the people living in it. So multiple perspectives became the obvious way to do this. We also wanted to give voice to a range of different political views on this subject rather than simply preach to the converted.

BLANCHETT I don’t think it changed my perspective, but it really reflected my experience of working with the UNHCR [United Nations High Commissioner for Refugees] in this field. Over half of the world’s displaced are children, and I think the perspective of our character Mina [a refugee child, played by Soraya Heidari] is an important one, and one I find incredibly heartbreaking, the knowledge that children have been born in detention on our watch. It does kick home, certainly as a parent.

Did you ever consider making this as a film rather than a TV drama?

BLANCHETT Given that this continues to be a protracted situation in Australia and globally, and continually trending up, it felt like people needed to sit with the story for longer than an hour and a half. That’s the wonderful thing about episodic TV — even if you binge watch, you’ve got to sit with your ideas and allow others to percolate before you watch the next episode.

Given that Stateless is such a global subject, is there scope to expand it?

MCCREDIE At the moment it’s a stand-alone series.

BLANCHETT But certainly around the world there are a lot of dysfunctional systems. And we did talk about how every country could do their own version. Living outside of Australia, I’m deeply proud of so many things about what Australia has achieved and what it stands for, but when you hear the rhetoric that is born out of the Australian immigration policy being touted in Europe and in America to justify xenophobic policymaking, I do feel great shame and sadness.

With immigration such a divisive subject, do you expect any backlash?

BLANCHETT It depends how the media deals with it, to be honest. My experience is that audiences are generally very receptive. Beyond the series itself, one of the central things that Elise and Tony and I talked about from the get-go was that we saw the series as a conversation starter. It’s not just dealing with the detainee, the refugee experience. That’s why we called it Stateless. It’s not just statelessness from a legal and physical perspective, it’s in a poetic sense. It’s about people without a core identity.

You started developing this show five years ago. Given all the talk we’ve had since then about borders and walls, does now seem a particularly poignant moment for Stateless to come out?

BLANCHETT What kept us going over the years is that something that you would hope will become less and less relevant, as the months pass, becomes more relevant. So yes, I think it’s a fantastic time — unfortunately — to be coming out.

MCCREDIE As the years went by and we got various knockbacks on making the show, between Cate and Tony and I there’d always be these emails sharing an article or going, “See, we have to keep going.” We’d have these dabbles with disappointment, but then see a news story and be frantically emailing each other saying how we had to make this.

Is the choice to launch in Berlin merely circumstantial, or do you also think it’s a subject that resonates here?

MCCREDIE For us, it’s perfect because it speaks to how the displacement crisis is affecting Europe, and the festival was really open to us. I do think that the region is very alive to the themes in the series. And our lead character spends the whole series wanting to go to Germany!

This story first appeared in The Hollywood Reporter’s Feb. 21 daily issue at the Berlin Film Festival.