During Cathy Schulman’s nearly decade-long tenure as Women in Film’s board president, she’s seen massive shifts in gender representation in the entertainment industry. She oversaw WIF’s commissioning of several seminal studies from the Annenberg Inclusion Initiative that quantified gender disparity as well as the nonprofit’s response to industrywide reckoning with workplace sexual harassment and violence against women. (WIF still operates an active harassment hotline.)

Now, a year after wrapping up her time as board president, the Oscar winner is being honored with the The Crystal Award for Advocacy in Entertainment at the WIF Gala (which also will celebrate Amy Poehler, Issa Rae and Elizabeth Debicki). Ahead of the June 12 event, Schulman, who most recently founded production and finance company Welle Entertainment, talked to THR about what she’s been working for at WIF and what happened there on the day of Harvey Weinstein’s downfall (“I call it H-Day”).

What do you consider to be some of your biggest achievements at WIF?

Converting the organization into a thought leader. There had been a sort of loose acknowledgment [of gender parity] based on Martha Lauzen’s research [at San Diego State University], which she started doing in 1998, counting at the end of the year how many women were involved in gatekeeping positions in film and television. I was onstage, around nine years ago, quoting Martha Lauzen’s statistics in a speech, and I had this gigantic sense of embarrassment to be running an organization called Women in Film and to not have any answers and to be talking about stagnated statistics. What I felt, standing on her shoulders, was that the counting at the end of the year really wasn’t doing what was most crucial, which was identifying the fallout point for women in their careers in media.

What would you say was a major turning point in gender representation in Hollywood?

There was a time no longer than seven years ago now where we were facing 90,000 data points collected through the research we had funded [with Sundance and the USC Annenberg Inclusion Initiative]. We had to look at it and say, “What does it all mean? What did we just find?” That campaign was all about data and press; in other words, we were trying to collect the information and spread the word. That, to me, was a watershed moment because suddenly we could raise money, and people understood what we were talking about. The real world decided to pay attention. Then the second thing was Oct. 5, 2017 — I call it H-Day, or Harvey Day. When that happened, even though our work was not about sexual harassment, it brought eyeballs. I consider harassment really an effect, not a cause of what’s happened in Hollywood. But it brought a renewed interest in what’s going on with women in Hollywood. 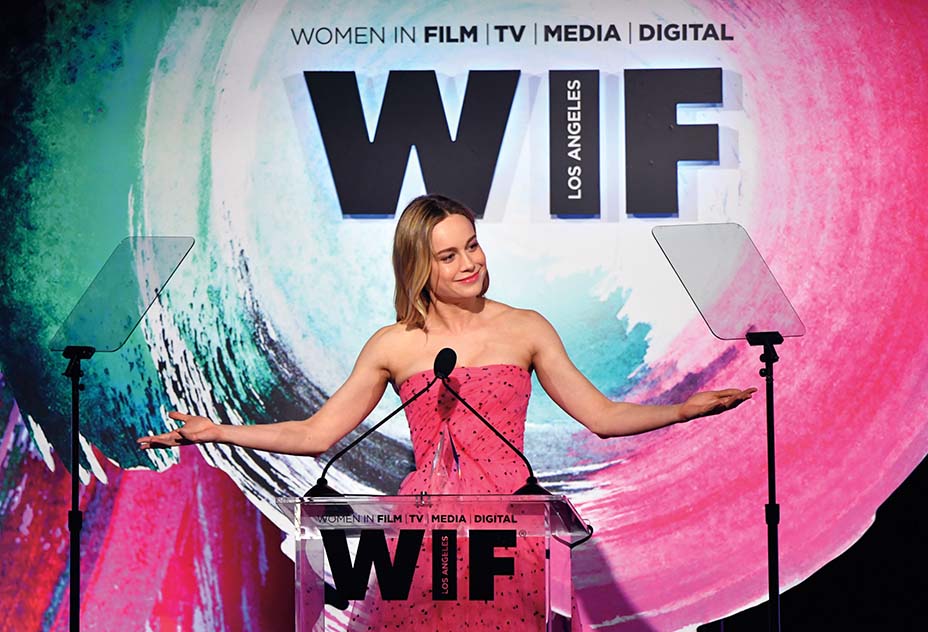 Do you think the rise of streaming services as content creators will have an effect on women continuing to make gains in Hollywood?

I do think there is a likelihood that the transition to streaming content from theatrical content will provide entrepreneurial pathways for women. The companies are younger with younger management, and I think that the reach for subscriptions is a more inclusive tool for bigger audiences, who demand more types of content.

And will all the studio mergers and corporate acquisitions have any kind of ripple effect when it comes to opportunities for women in the business?

The corporate mergers, I don’t see as a positive thing because it is narrowing buyers. I have seen that the fewer the buyers, the higher the group think. When you get a couple of companies that start to compete very directly, and one is doing something that is working from a stock market standpoint, then we get into an extreme game of copycatting. And, usually, the result of copycatting is reduction to the lowest common denominator.

What are your thoughts on how Hollywood should address Georgia’s anti-abortion legislation?

Traditionally, I have been a big fan of working in rebate states because what I have seen on the ground is that it provides opportunity for employment in places where employment has been really low. Overall, the joy I have experienced working on the road in rebate states has been one of the more fulfilling parts of my on-set producing life. For me, there is no way I could support a state that would allow such a law to pass, but I can certainly continue to support the importance of people everywhere to make their annual livelihood through the entertainment industry. Those are real people out there.

What are your hopes for the future of Women in Film?

I hope they continue to be as thoughtful and non-biased a group that focuses first on science, academics and leadership. Simultaneously, I hope we get to the day where we can stop fighting this battle.