The veteran E! News host exited the network Dec. 19 and dropped the mic in a major way by announcing on her fashion and beauty blog, The Catt Walk, that she was leaving after 12 years because she found out that she made considerably less money than colleague Jason Kennedy. The news sent shock waves through E! that continue to reverberate.

On the red carpet ahead of Sunday’s Golden Globes, Debra Messing, Natalie Portman and Eva Longoria all brought up Sadler’s name, offering their support. Amy Schumer posted on Instagram, calling for stars to take action with the hashtag #imwithcattsad.

“These are women who have watched E! and been interviewed by me for years. To witness them organically coming to my defense was truly touching,” Sadler told The Hollywood Reporter on Monday. “This isn’t a case of simply being underpaid; it’s about the gross disparity between two similarly situated equals at the network.”

Mary Hart Reveals Her Own Pay Disparity Dispute: "I Lasted, He Didn't"

But then on Tuesday during a TCA panel for Rose McGowan’s new docuseries, NBCUniversal’s president of Lifestyle Networks Frances Berwick said that “there is a lot of misinformation out there” regarding the situation, especially in regard to Kennedy and Sadler not being equal. It’s a stance that the network has taken ever since Sadler gave notice, and one that was backed up by Kennedy’s wife, Lauren Scruggs Kennedy, who write a post on her blog arguing that Kennedy was not the villain but instead an empathetic partner who had also found himself on the losing end of a gender pay gap in the past when he made less than two of his female co-hosts.

“Catt Sadler and Jason Kennedy had different roles and therefore different salaries. Catt was focused on daytime. Jason Kennedy is on prime, evening news, plus red carpet,” Berwick said Tuesday. “Our employees’ salaries are based on their roles and their expertise, regardless of gender. So we wish Catt well, but I hope that sets the record straight on that.”

Sadler’s departure comes at a time when conversations about gender inequality in the workplace are louder than ever, and a source says that if E! execs have any hopes of quieting the controversy, it would be in the network’s best interests to draft a minority female to fill the spot, likely someone already on the payroll. Among the names bandied about are current correspondents Zuri Hall and Sibley Scoles, or Liz Hernandez of Access Hollywood fame. Though the understanding is that rather than name a new permanent co-host, E! will continue to rely on its current stable to fill in on various broadcast and online platforms.

THR did not bring up any names with Sadler, 43, during a recent phone interview. Instead, the discussion focused on how she hopes to use her (timely) platform for good, how she explained the exit to her two sons, and what she makes of those claims that she and Kennedy did not have comparable workloads.

Have you given any more thought to what you want to do next? Stay in entertainment hosting or move more into lifestyle and beauty hosting?

Right now, I am taking my time. If I am truthful, maybe it will be A, B, C and D. The beauty of a brand-new start is that I can take my own story. As much as I love fashion and beauty — and thankfully I do feel like an expert and will continue to work in those fields — I’m focused on doing meaningful work. What I choose to engage in will have meaning, and hopefully somehow, inspire change. That is where my focus is. Maybe I will do some entertainment news. I’ve had 20 years of interviewing celebrities and reporting on pop culture. I’m comforted by the fact that people have reached out to me and want to meet with me. I am thrilled with that. In this weird sense, I feel like I have an obligation to do work and represent the many voices who don’t have an audience. Between #MeToo, Time’s Up and the general climate right now, I would prefer to use my voice in a way that could create content that has never been made before. 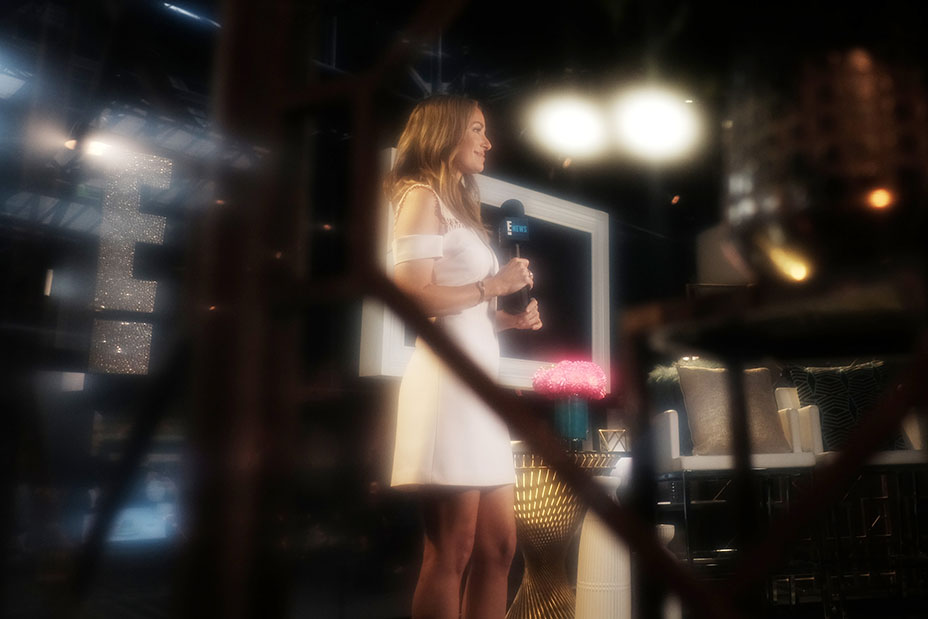 You told The New York Times that you would love to host a show that would foster “discussions about this very topic,” meaning about gender inequality and the gender pay gap. Have you had any more revelations about that?

I’ve made more progress. I’m in discussion and conversations with powerful women in high places who are doing amazing work who want to team up with me. It’s early days. There’s a lot in the works and I’m so encouraged by it, truly.

Jason Kennedy’s wife, Lauren Scruggs Kennedy, posted on her blog that Jason has found himself on the other end of the pay disparity after having made less money than two of his female co-hosts, and that gender was not the issue in this current situation. Do you want to respond to those claims? [Though Lauren did not name names, it is known that she was referring to Giuliana Rancic and Maria Menounos.]

My experience, frustration and disparity was based on Jason Kennedy and myself being apples to apples. We came to the network at the same time and did similar jobs. For people to use the argument that Giuliana somehow made more money than Jason, that comparison doesn’t work. They’re apples and oranges. She joined before him, she was managing editor, she had multiple shows on the network. It’s unfortunate that people who don’t work there are trying to be the voice for the network. The only story I can tell is my truth and the truth speaks for itself.

"Lots of Misinformation Out There" About Catt Sadler Salary Dispute, Says NBCU Exec

What has been the most eye-opening thing to come out of this experience for you?

I have been overwhelmed by the response that I’ve gotten from both men and women from all over the world. I never imagined it would resonate and strike such a chord. It’s been mind-blowing. I will say that most of the messages I’ve gotten have been so inspiring because many of the people don’t have a voice or an audience and they are cheering me on. Now I feel a duty to continue the fight and continue to tell people’s stories.

You received support from Jennifer Lawrence, Jessica Chastain and Olivia Munn on social media. Did you hear from anyone offline?

Jennifer Lawrence has become a friend of mine — really, a hero of mine. Long before my own experiences, her voice has been an empowering one and one I’ve always admired. To have her in my corner is hard to put into words, to be honest. Olivia Munn is my friend and she is fearless and powerful and makes no apologies. I’m learning from these women right now. 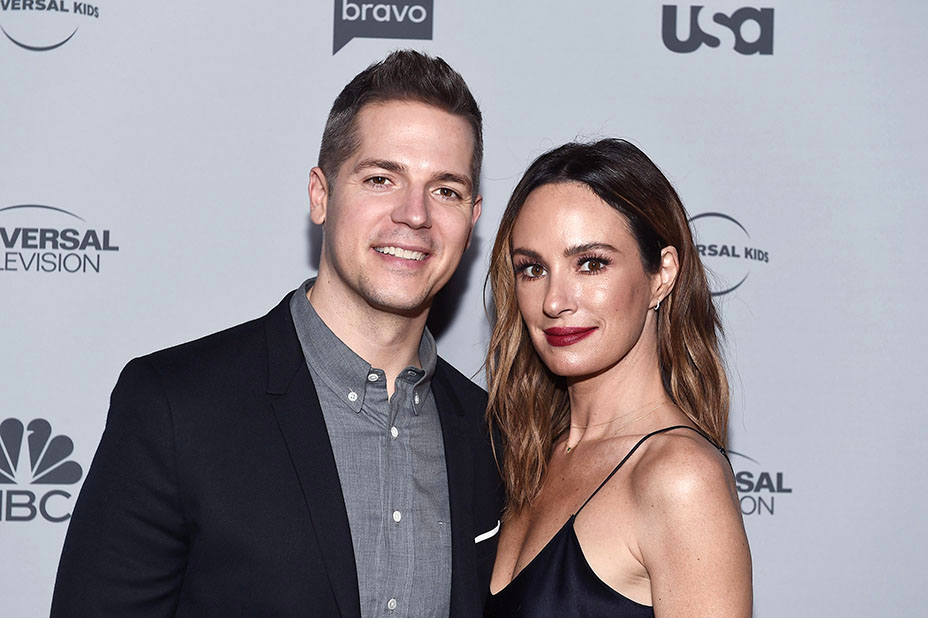 Others may argue that big salaries for hosts on entertainment news shows could be a thing of the past as many outlets are seeing considerable declines in TV ratings. What do you say to that?

It depends on who you ask. But I would argue that the morning shows hosts are paid very well. Those are personalities you relate to. That’s a reason Kelly Ripa gets paid so much. There’s value in personality and with actual talent. It’s unfortunate that not all corporate conglomerates see that.

It’s clear that change is coming. Some people are pointing to the next generation and the importance of educating young girls and boys about how to use their voice and how they can influence real cultural change moving forward. As a mother of two sons, what have your conversations been like with them?

The first conversation I had about maybe having to leave E! was with my children, specifically my oldest son, who is 16. I told him, very clearly, why I may not stay and why I would choose to leave if push came to shove. His immediate response was, “That’s not fair. That doesn’t make sense.” He gets it. They both get it. My children are amazing and they’re supportive. They are my biggest cheerleaders. They told me, “Mom, be brave, you got this.” They know the short-term sacrifice, and we are making some shifts in our lifestyle just to be safe, and they understand. They are my everything.

Mary Hart Reveals Her Own Pay Disparity Dispute: "I Lasted, He Didn't"