Founded this year by Mark Rodgers and led by Erasmus Fox alumni Matt Hoffman, Cave Pictures is focused around the idea of creating comics that, in the words of the publisher, “speak to the soul.” This focus on spirituality doesn’t automatically translate into comics about religion, though; instead, the publisher — which is positioning its initial books as “action adventure/sci-fi/fantasy” titles — is looking to offer something more personal, and deeper.

In addition to a preview comic featuring the story of Plato’s Cave by Jason Brubaker, the publisher will launch with five titles, listed — with publisher-supplied descriptions — below: 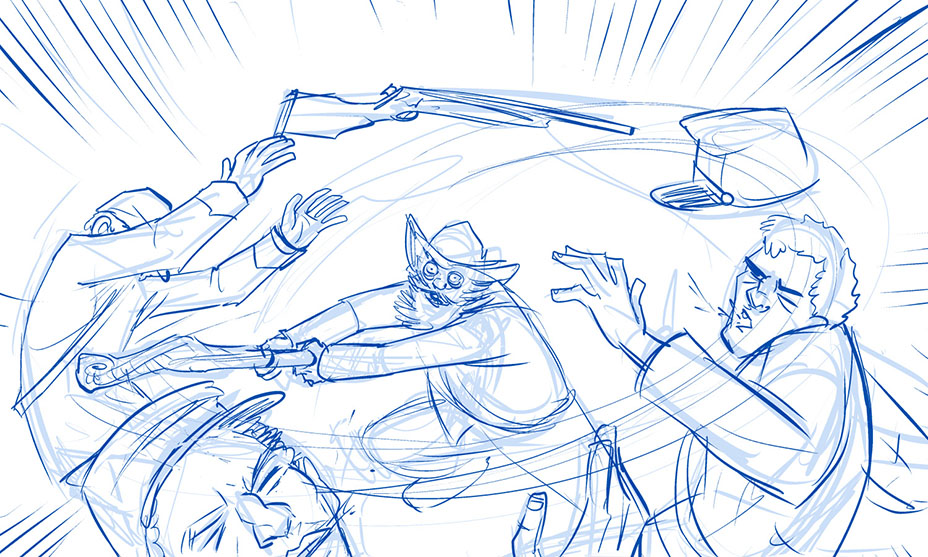 After the ancient staff of Lilith, mother of the damned, reanimates the dead, country boy J.B. and his estranged upper-crust wife Anne must come together to stop the zombie hordes and save the people of Appalachia. 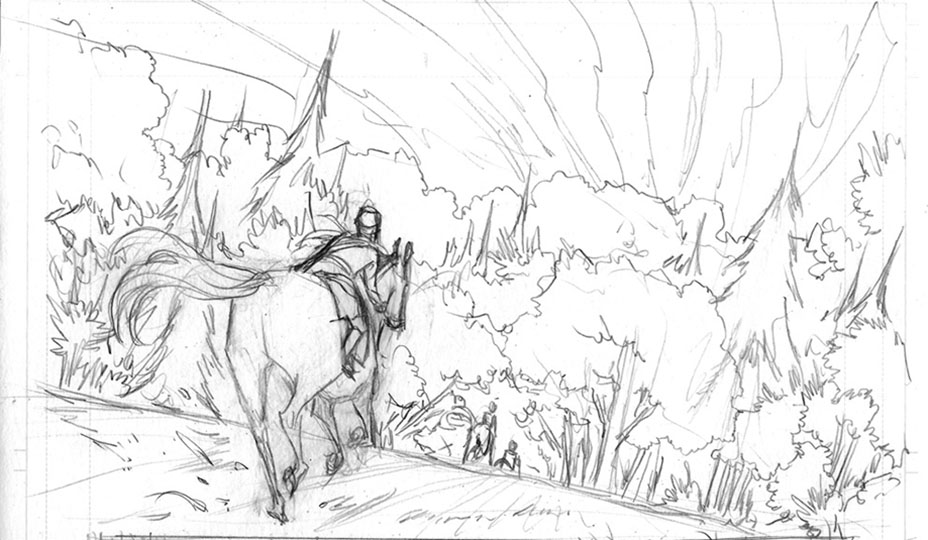 Adapted from the fairy tale by George MacDonald, a princess cursed with weightlessness finds rescue and redemption in the love and sacrifice of a prince.

The No-Ones, written by Jim Krueger with art by Well-Bee 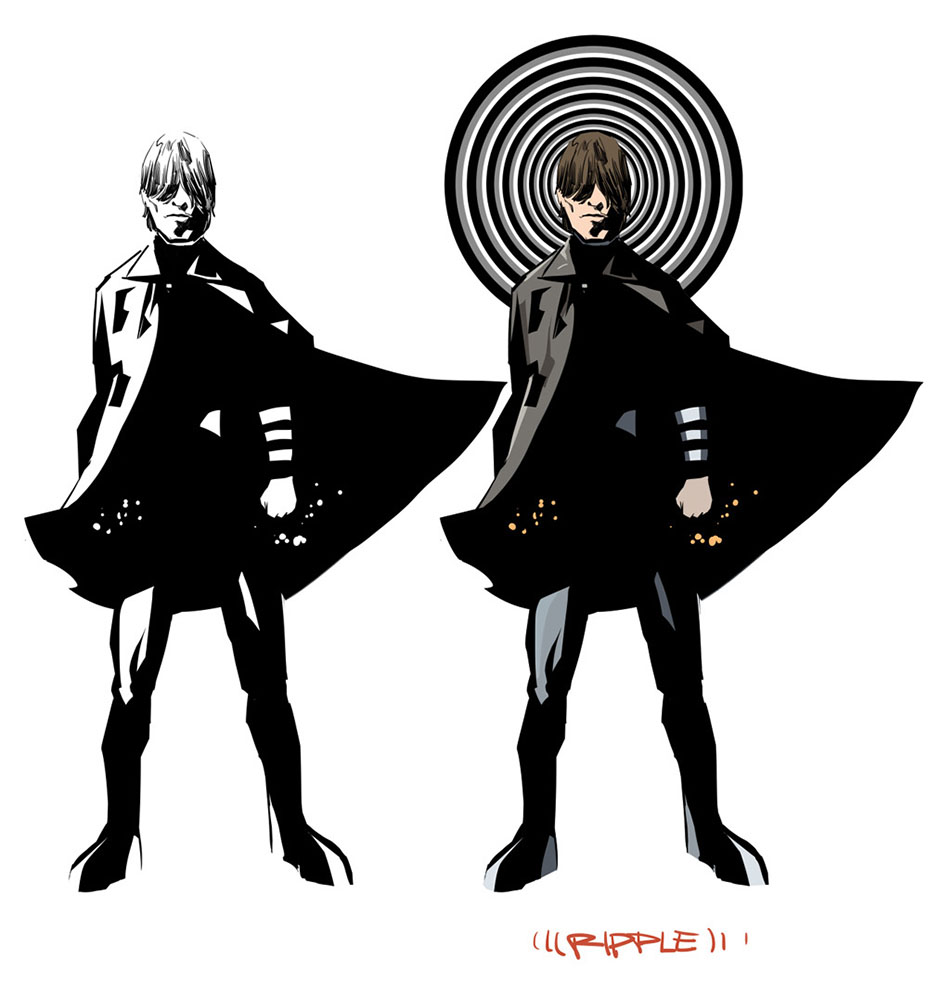 A team of superheroes, blinded by their fame and self-promotion, are forced to reckon with their destructive choices when a twist of fate erases them from both history and present memory. 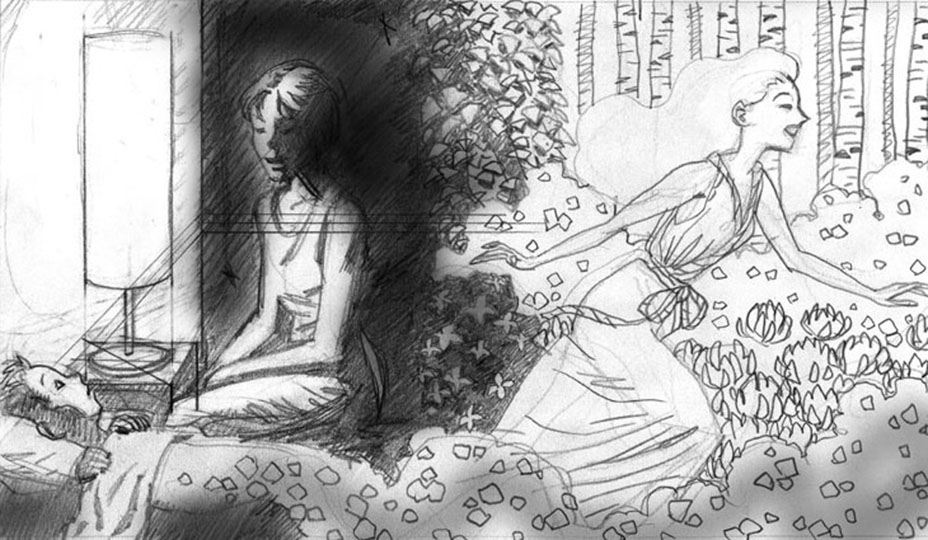 Locked in a city deep within the earth, a courageous few struggle to reach the surface, fighting not only against the minds and flesh of men but against their man-made minders. 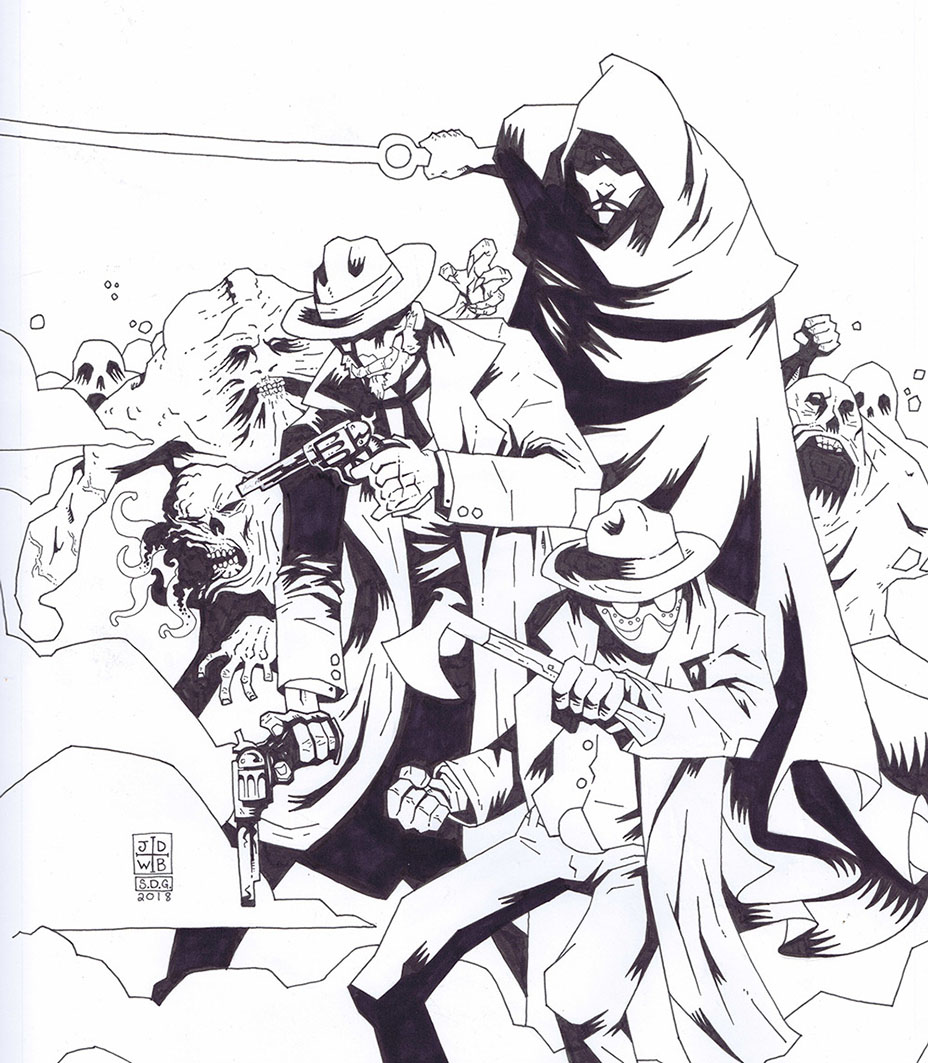 When a mysterious masked lawman partners with a suspicious sheriff to save his frontier town from an invasion of the undead, the sheriff will learn ancient secrets of the lawman’s past and the power of self-sacrifice. In saving his town, he will save himself.

The Hollywood Reporter talked to Cave Pictures publisher and founder Mark Rodgers, and president Mandi Hart, about the new company’s ambitions, origins and the variety on show in its debut titles.

Let’s start with the obvious. Why comics? There are all kinds of media through which to tell stories; what makes comics right for these stories?

Mandi Hart: Comics are right for several reasons. It’s a powerful and evocative blend of textual and visual storytelling, making them accessible to a wide age range. They lend themselves easily to adaptation in other formats, increasing their longevity. And comics have an outsized impact on global culture — comics characters have become household names all over the world.

Mark Rodgers: I grew up reading comics — mostly Silver Age — and they were a vital part of my childhood experience with story, as well as part of my personal and spiritual formation. So I’ve always believed in the power of comics to reach multiple readerships with narratives that work on several levels; the stories are engaging, inspiring, thrilling, while also speaking below the surface to the heart of humanity. It was partly due to my own story that I wanted to develop modern myths in the form of comics.

That’s not the first time you’ve used “modern myths” in connection with Cave Pictures. As a mission statement, what does that mean to you? Are you looking for Cave to focus on a particular scale of story? “Myth” suggests something more epic than intimate, after all…

Rodgers: Joseph Campbell talked about myths serving several functions: to foster our wonder regarding the world and our place in it, to show both the “shape” and the “mystery” of the universe and, perhaps most importantly for Cave, to offer some guidance on how to “live a human lifetime under any circumstances.” In that sense our stories are epic; they showcase the foibles and frailties of human characters, the difficult choices we face in life and relationships, and the consequences of the paths we choose.

Bruno Bettelheim may have captured it best when he described the experience of reading myth. He observed that a reader’s deep emotional reaction to a myth, prompting rumination about the meaning of the myth’s events, would “clarify [the reader’s] thoughts and feelings.” Personal tensions and anxieties rooted in the reader’s past would be resolved, because the reader would become aware of this and be equipped to work through those things consciously. So it’s both emotional and intellectual, and that understanding of the myth-reading experience is where intimacy comes in. Our stories speak to the reader’s soul and contribute to their own journey, in both a deeply personal and an epic sense.

The initial line-up of releases is very diverse, in terms of both subject matter and genre; there’s horror, fairy tales, super heroics and science fiction. What seems to be the through line for the publisher is tone and attitude. How did that work when talking to creators about projects?

Hart: While Cave does work in a variety of genres, all our stories raise deeper questions about life, truth, meaning, and responsibility. They all evoke a reality that is beyond the here and now, beyond what can be seen, touched and heard.

Rodgers: Just as cave paintings were humanity’s initial attempt to process through the tough ultimate questions of human existence, we look at our stories as “sherpas of the soul,” to contribute to the individual and collective human journey towards meaning and a greater reality.

Exploring that a little further; the tagline of the company is “Great comics for the spiritually inclined.” It might be untrue to talk about there being a dearth of comics that appeal to readers’ spirituality — that’s ignoring comics in which such language is used to refer to a Doctor Strange adventure or whatever — but it’s certainly something that’s not commonly embraced by comic book publishers. Is there an existing under-served market there, or do you see Cave Pictures as bringing new readers into the medium?

Hart: We believe both – there’s definitely an under-served market for the “spiritual but not religious” within the comics community; people who are exploring the non-material aspects of themselves and the world, separate from any specific religion or faith tradition. Their quest is theological, philosophical, but it involves the heart and soul at least as much as it involves the mind. And because Cave’s stories deal with universal questions and themes, they will also appeal to those who do identify with a particular religious tradition, who are on the same spiritual journey but “traveling” within the context of a specific faith context. So we will be reaching out to readers who have yet to discover comics, who are looking for myths in other formats and haven’t yet come across myth in the form of comics. We want very much to bring new audiences into local comic shops and will tailor some of our marketing to that end.

There’s a fascinating collection of creators in the mix with Cave: Renae and Ray got a lot of attention for their Legend of Wonder Woman at DC, and Jim Krueger is a writer whose name is likely recognizable to a lot of mainstream fans, as is Billy Tucci’s. Jesse Hamm and Ethan Nicolle, though, are arguably more “indie”-centric creators — how did you arrive at the group of people who are working on these books?

Hart: Our first slate of creators came together through a mix of existing relationships, recommendations from friends and fans in the industry, and providence. Some of our talent had been developing their stories for years and were looking for the right outlet. Some we approached with a story and asked if they would invest their artistic skills and creative hearts in it. And we could not be more blessed by the process or pleased with the outcome.

How would you sell these projects, and Cave as a whole, to a new audience? When describing Cave, what leaps out for you both as the people behind it, but also as potential readers?

Hart: One distinction is the thoughtfulness of both Cave’s executives and our artists in terms of our approach to story. We are constantly asking ourselves whether the stories we’re creating are evoking those deeper questions, reaching beyond the surface to a greater reality.

Rodgers: Cave consciously invests in our artists in more than just a financial sense; it’s a partnership to follow in Plato’s footsteps and journey with our readers past the shadows to the reality they reflect.

The first Cave Pictures titles will debut on a monthly schedule, starting in January.