Celebrity-fave handbag designer Brett Heyman returned to her hometown of L.A. on Thursday night to throw a party for old friends and new at the old school Beverly Hills haunt La Dolce Vita.

“Our brand has never had an L.A. moment like this, but I grew up here and will jump at any chance to come back,” said Heyman, who was raised in Brentwood but is based in New York City now. “The red carpet is really important to us and we’re really inspired by everything that’s happening here with the Time’s Up movement.”

Heyman’s new acrylic Time’s Up bag, with 100 percent of proceeds going to the gender equality activist organization’s legal defense fund, is sure to be a red carpet favorite. “This is our way to acknowledge what’s happening. We literally emailed them off the website,” she said of how the collaboration came to be. In addition, a portion of all sales on her own Edie Parker website will also go to the fund through Feb. 8. 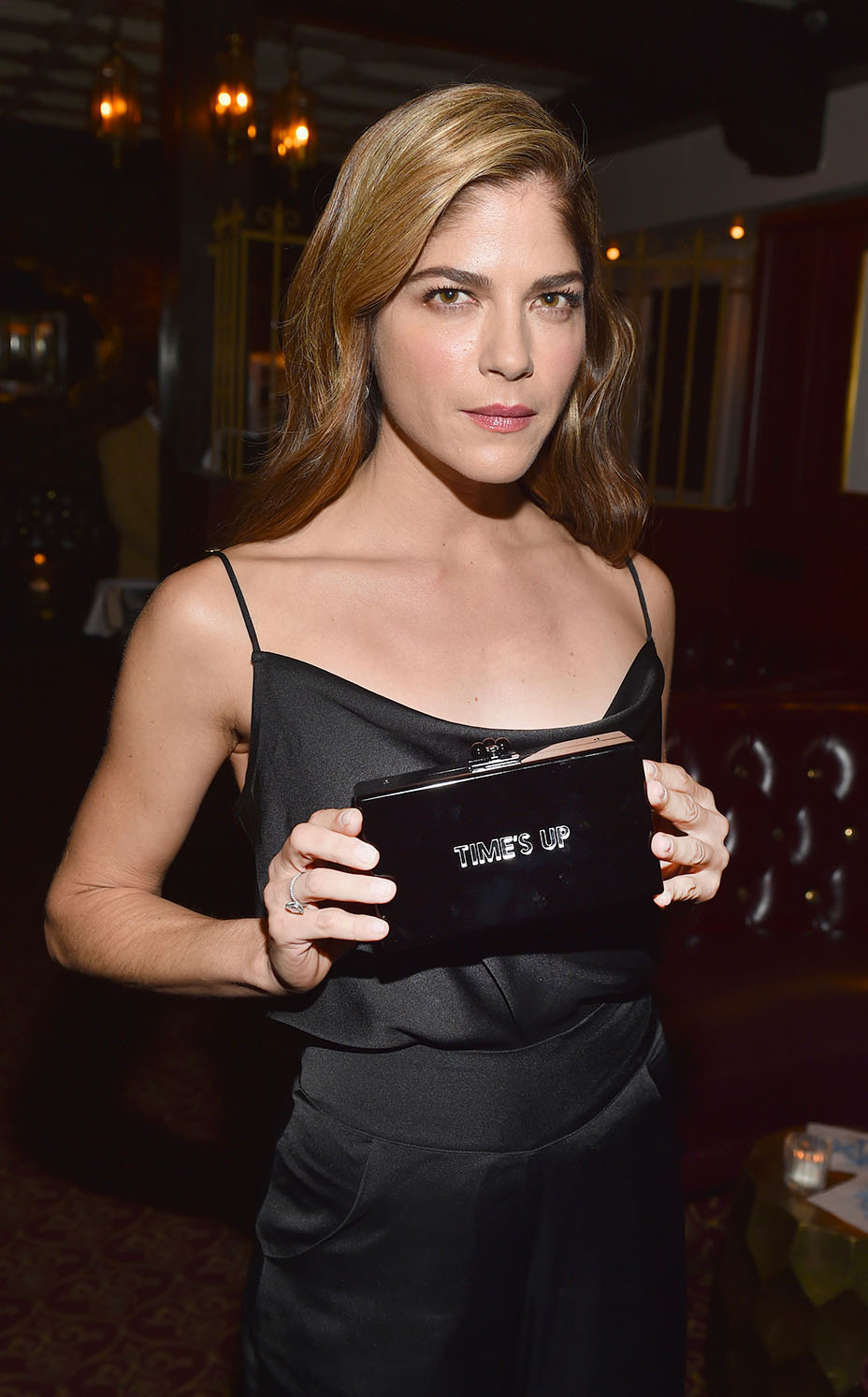 Heyman launched her accessories line in 2010 with the dream of recreating old Hollywood acrylic clutch bags for today, and new Hollywood has certainly taken notice — everyone from Taraji P. Henson to Millie Bobby Brown has carried one on the red carpet.

Edie Parker (named after her daughter) is on its way to becoming a lifestyle brand, too, with leather bags, soft bags and soon jewelry joining the acrylic bags, serving trays and coasters that were on display at the dinner party. “We have such a mix of product people don’t necessarily know about,” said Heyman. The Time’s Up bag is not the first time the brand has gotten political. During New York Fashion Week in September, she riffed on fake news at her Edie Parker presentation at the Paley Center, complete with themed fake magazines headlined, “Pursey Grabs Back.” 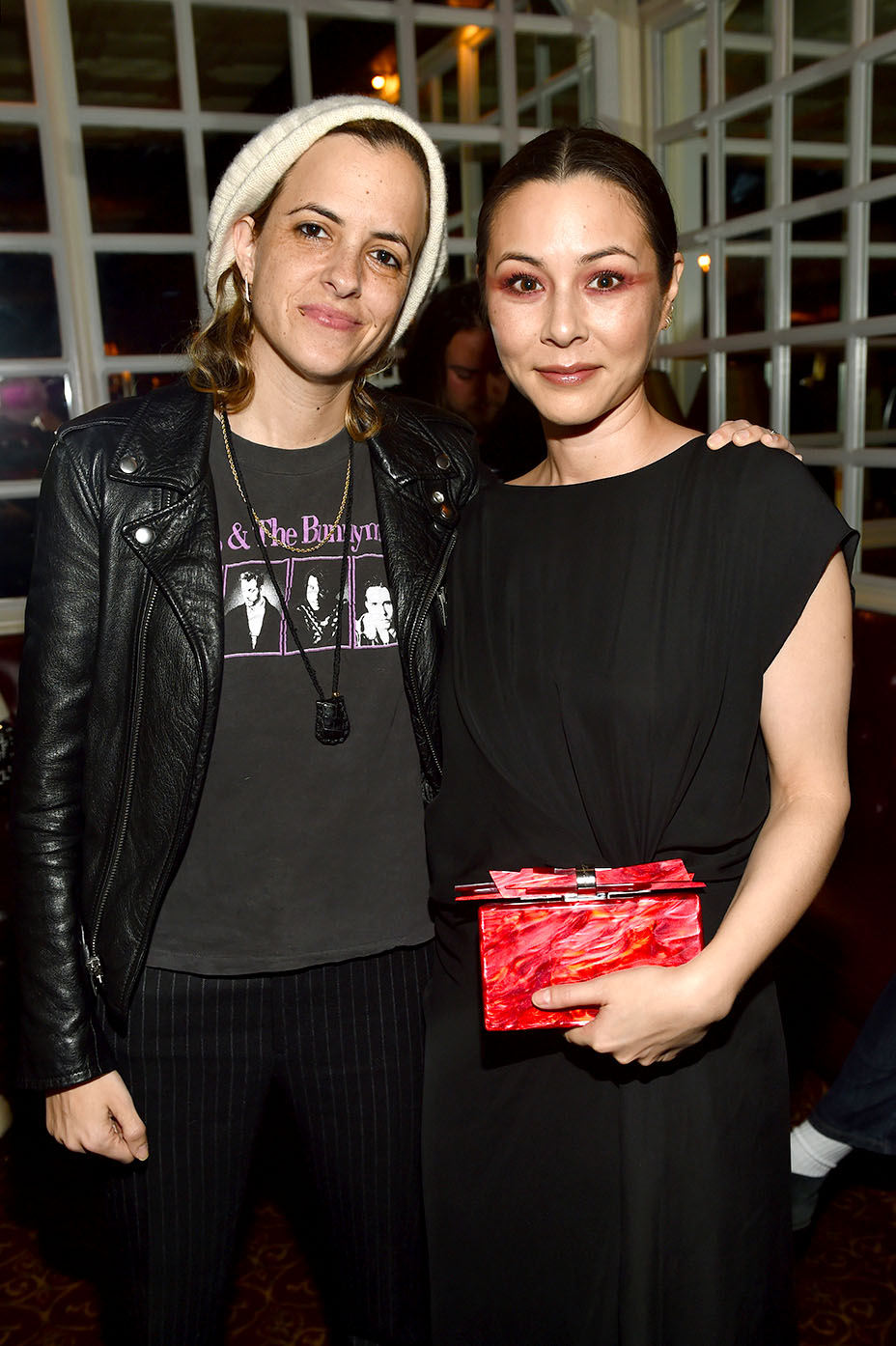 Holding court in a booth with DJ Samantha Ronson, China Chow said she is in full party prep mode for the 50th anniversary bash for dad Michael Chow’s Mr. Chow restaurant happening later this month at his art studio in Vernon. “I’m exhausted already,” she said. 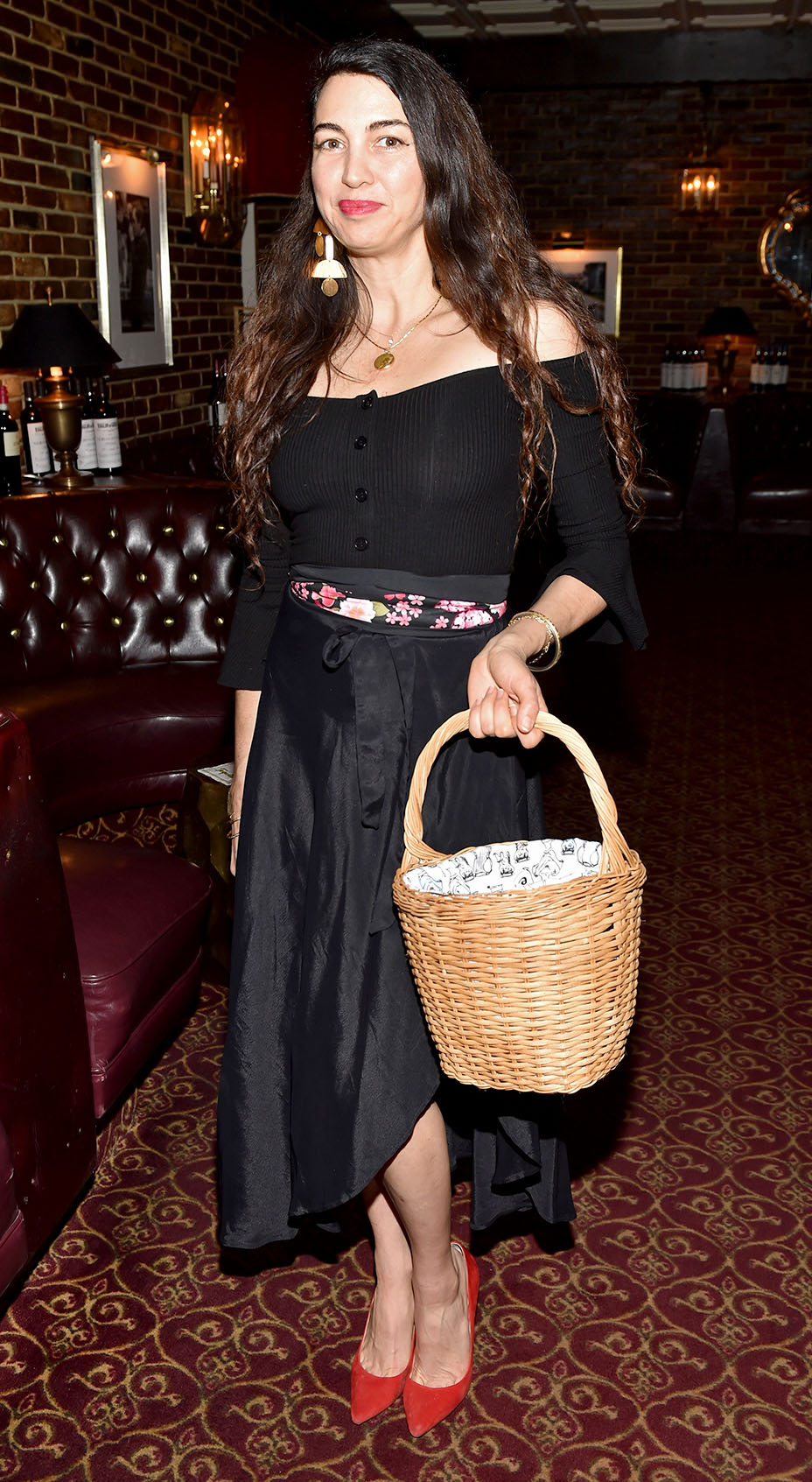 Actress-turned-natural beauty entrepreneur Shiva Rose was also spotted. Her next big project is a book, “Whole Beauty: Daily Rituals and Natural Recipes for Lifelong Beauty and Wellness,” which will be published in April just in time for Earth Day. And Angelique Soave, of the brand management team The Dock, which funds fashion label Creatures of the Wind, dropped that her next project will be in the luxury cannabis space, a brand being launched around Coachella called Guide.

Said Heyman, who misses L.A. so much, she’s considering moving the brand out here, “It’s so good to be home.”