Last year, Dr. Wayne A.I. Frederick, the president of Howard University, met star alumni Chadwick Boseman and Phylicia Rashad for dinner to discuss the school’s plans for its Fine Arts program. Frederick recalls noticing that Boseman looked “smaller than he had been,” after having lost weight; he presumed it was for a film and asked Boseman how difficult it was to change weight so rapidly for roles. “In his usual style, he gave a long, detailed answer, explaining that he was a vegetarian and was exercising and trying to take care of himself and do what he had to do,” he says. “It was a very thoughtful response, never letting on that anything else was happening.”

As the world would find out, there was something very significant going on: Boseman was fighting colon cancer. He was diagnosed with stage 3 of the disease in 2016, which progressed to stage 4, leading to his death Aug. 28. Boseman’s deflection was a sign of the actor’s integrity, says the university president: “One of his greatest attributes was never burdening anyone else, but being there to shoulder everyone else’s burdens.”

His battle with cancer was kept extremely private. Close collaborators like Black Panther helmer Ryan Coogler and Da 5 Bloods director Spike Lee have said they didn’t know about his health struggles. Those who were aware included a very tight-knit group of friends and members of his team, including producing partner Logan Coles, longtime agent Michael Greene of Greene & Associates Talent Agency and trainer Addison Henderson. 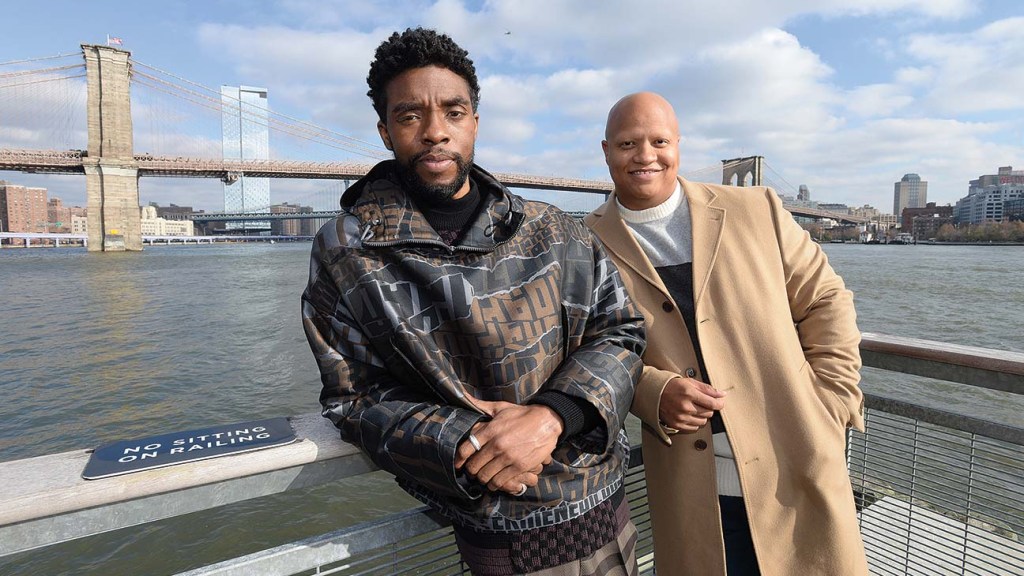 Henderson met Boseman nine years ago through Coles, whom the star had been best friends with since their days at Howard. “We were like three amigos, brothers, here in L.A.,” says Henderson, who trained Boseman for Captain America: Civil War and Black Panther, with a slim-down for Marshall in between. Henderson spent years watching his friend undergo rigorous training, filming and press schedules, all while fighting cancer.

“I used to tell Chad, ‘Man, you remind me of my dad,'” says Henderson, who watched his own father beat cancer four times. “‘You guys are fighters, and you never stop moving forward.’ For us, it was just like, ‘Let’s keep going, let’s keep doing what you want to do, let’s keep training.’ And then, me and Logan and his family, his wife [Taylor Simone Ledward], we were always just here to support him.”

Henderson says that despite his diagnosis, Boseman chose to make the most of each day and give his career his all: “He was just living his artistic life to the fullest and using his time and his moment to really affect people.”

The decision to keep Boseman’s cancer battle under wraps came because “Chadwick did not want to have people fuss over him,” says Greene. “He was a very private person.”

That meant that Boseman sometimes was quietly struggling on set, as with the upcoming Netflix film Ma Rainey’s Black Bottom, where Greene says “he was really in hard-core pain” but “felt that being able to be with [producer] Denzel [Washington] and to launch this cycle of [playwright] August Wilson at Netflix was so exciting to him.” 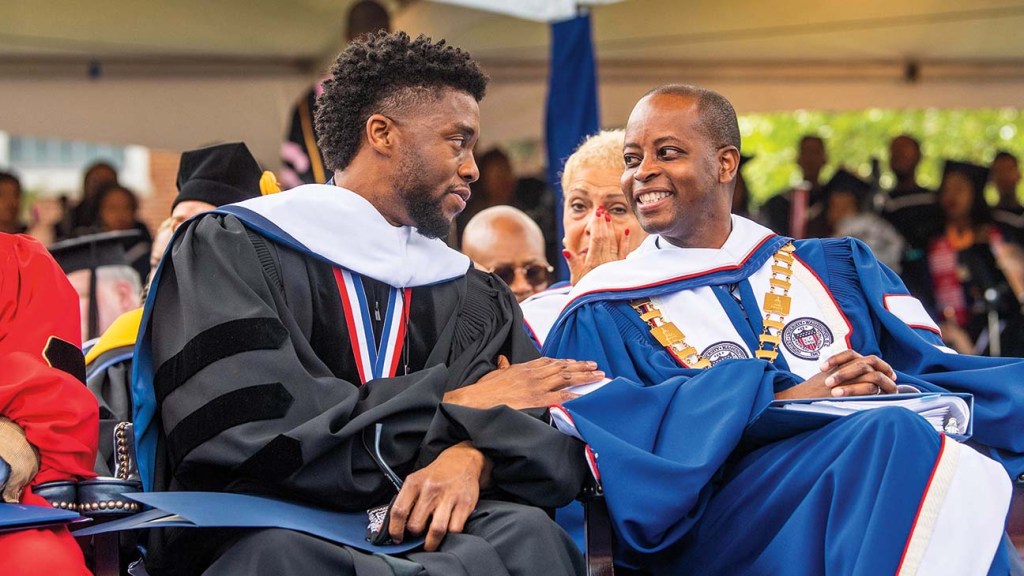 Henderson, who is also an actor and director, remembers similar experiences. When he was working on his first feature film, 2020’s G.O.D., Henderson recalls Boseman sitting and giving him script notes for hours “while battling and dealing with his own things.” Later, after Boseman powered through a full schedule of shooting Da 5 Bloods in Thailand followed by reshoots of his 2019 film 21 Bridges, “he was tired but he came to Buffalo, where I shot my movie, and stayed for days with me, just to talk through stuff with me, just to be a good brother,” Henderson says. “He didn’t have to do that, he could have gone home and just rested. For me, that was just something that I’ll never forget.”

“Some people wait a lifetime to get the opportunity that he had,” adds Henderson, “and Chad had so much wisdom, so much knowledge, so much inside of him that he wasn’t going to let this disease stop him from telling these amazing stories and showing his art in the prime of his life.”