This year, French luxury fashion house Chanel moved its annual Through Her Lens luncheon to New York’s Augustine, the chic Keith McNally brasserie inside the Beekman Hotel, changing up from another McNally favorite, the Odeon.

This event on the first Friday of the Tribeca Film Festival is always a crush, with good reason: to encourage networking among the women whose films will debut through May 5. Every woman whose project is screened at Tribeca is invited to the event, from first-time filmmakers who have funded projects with multiple credit cards to an award-winning director such as Mary Harron, whose feature Charlie Says (about three women who fell under the spell of Charles Manson) is included in this year’s Spotlight Narrative category. Guests also were there to celebrate the fest achieving gender parity, as exactly 50 percent of the films across three competition categories boast female directors.

Women who don’t have a project at Tribeca this year also turned up in earnest to support their fellow filmmakers. “The collective interest in the room is that we’re all storytellers,” said actress Kim Cattrall, who recently shot a pilot for Fox, Filthy Rich (she’s also a producer of the one-hour dramedy). “There’s a wealth of stories out there waiting to be told. Before [the Time’s Up movement], no one was listening, but now we have their attention, so it’s time to move forward.” 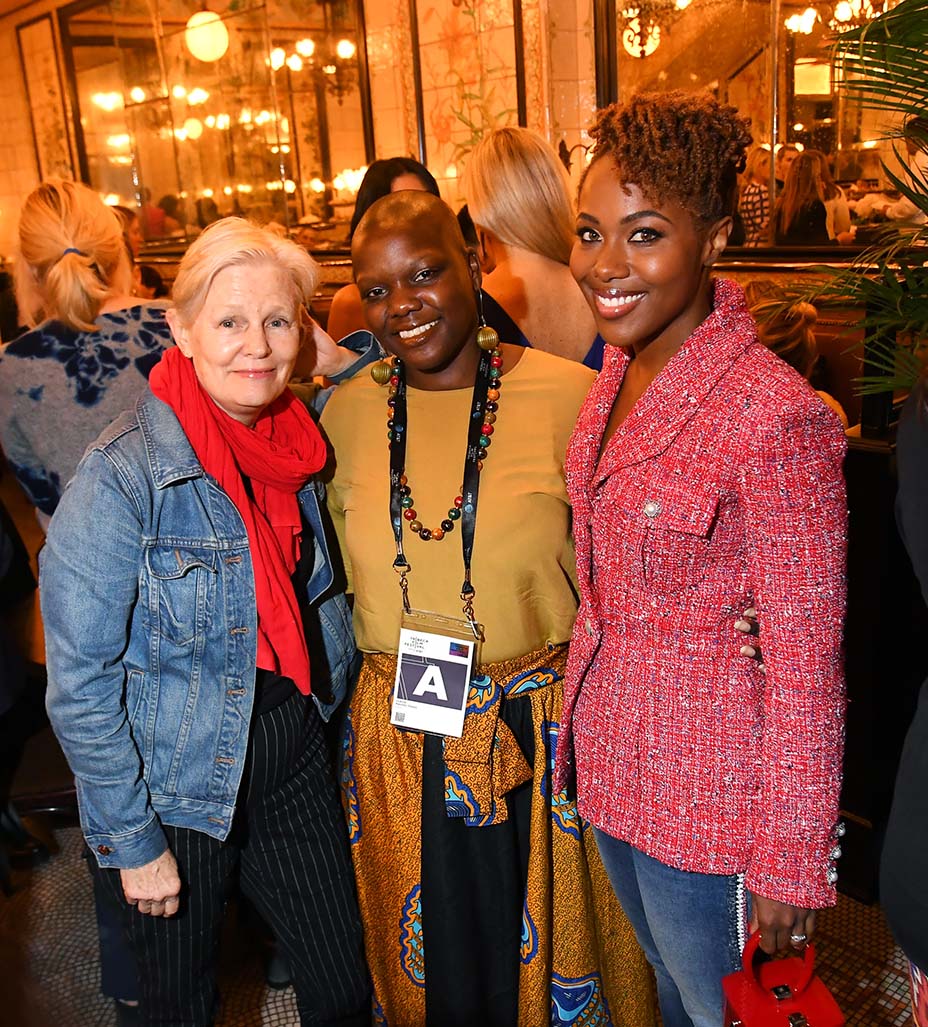 As waiters deftly negotiated the space with silver trays of sliders, lobster rolls and frites, the close and convivial vibe made it easy to strike up conversations with filmmakers such as Nadia Hallgren, director of the documentary short After Maria, or DeWanda Wise, who is sharing juror duties for the Nora Ephron Award with Debra Messing and Chloe Sevigny (in addition to the Through Her Lens program, Chanel also sponsors this prize, which honors the late filmmaker and awards $25,000 to a female writer or director for excellence in storytelling).

“I’m excited by any opportunity to support women filmmakers from the ground up, and Tribeca is one of the few festivals that’s really putting their money where their mouth is,” said Wise, who is also co-starring with Sasheer Zamata in the festival entry The Weekend, a comedy written and directed by Stella Meghie.

Hallgren’s After Maria tells the story of three women who fled Puerto Rico following 2017’s Hurricane Maria and bonded after meeting at a FEMA-sponsored hotel in the Bronx. “They build a community there, but when the government cancels FEMA assistance, they’re all torn apart, so it’s about family and identity and what it means to be Puerto Rican in the United States right now,” the helmer explained.

How did Hallgren address the attendant politics? “We wanted to keep the film very personal, about people’s struggles and their stories, and through that it becomes political without being directly political,” she added. “The folks telling their stories, they’re commenting about [Donald] Trump, because how can you not. They’re watching him on TV and seeing him throw paper towels and deny the death toll in Puerto Rico. We filmed them looking at the news and commenting on it in real time.” 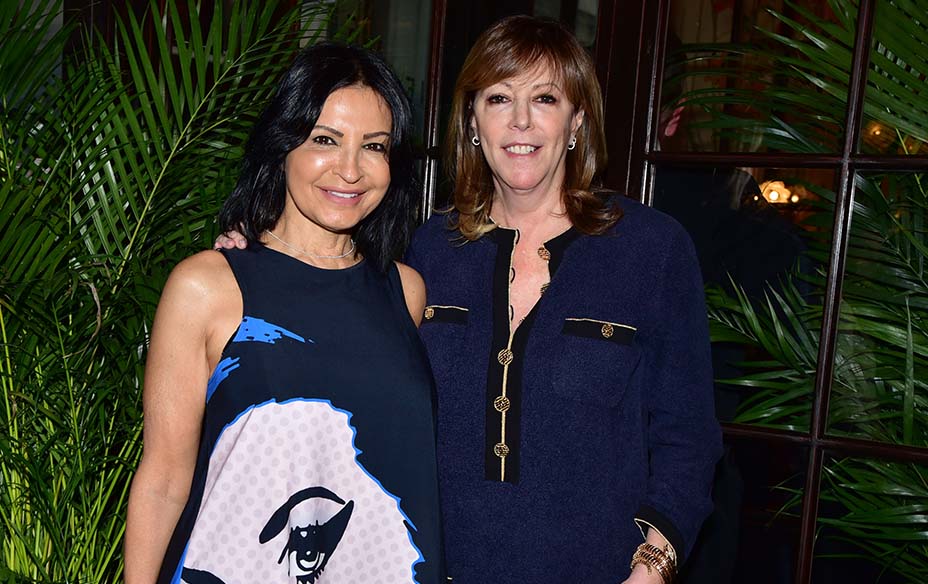 The festival circuit often spawns friendships, and that’s the case with Hallgren and Los Angeles-based director Laura Nix, whose documentary short Walk Run Cha-Cha spotlights a Chinese/Vietnamese couple who were separated during the Vietnam War; 40 years after reuniting and immigrating to the U.S., they discovered competitive ballroom dance.

“A lot of immigration narratives focus on point of entry, when the person coming into the country is at their most vulnerable, but I felt like I wasn’t seeing many stories about what happens later,” Nix said. “This is about a couple that trains in a Los Angeles dance studio, where Russian ballroom dancers are teaching these Chinese immigrants Latin dancing in Southern California. That’s another narrative about immigration that we need to celebrate and embrace.” Walk Run Cha-Cha can be viewed on New York Times Op-Docs starting June 4.

Grace Gummer, Lily Rabe and Alysia Reiner were also among those who joined Jane Rosenthal, co-founder, CEO and executive chair of Tribeca Enterprises, and Paula Weinstein, the organization’s executive vice president. “I don’t think there’s another room I would rather be in — look around, look how many women are here,” Rosenthal said. “When we first started this lunch, we were a small group who came together to celebrate, and we have grown as our industry as grown, but we cannot be the exception. The window is open because of Time’s Up, but it’s only because of all of us that the window is going to stay open.” 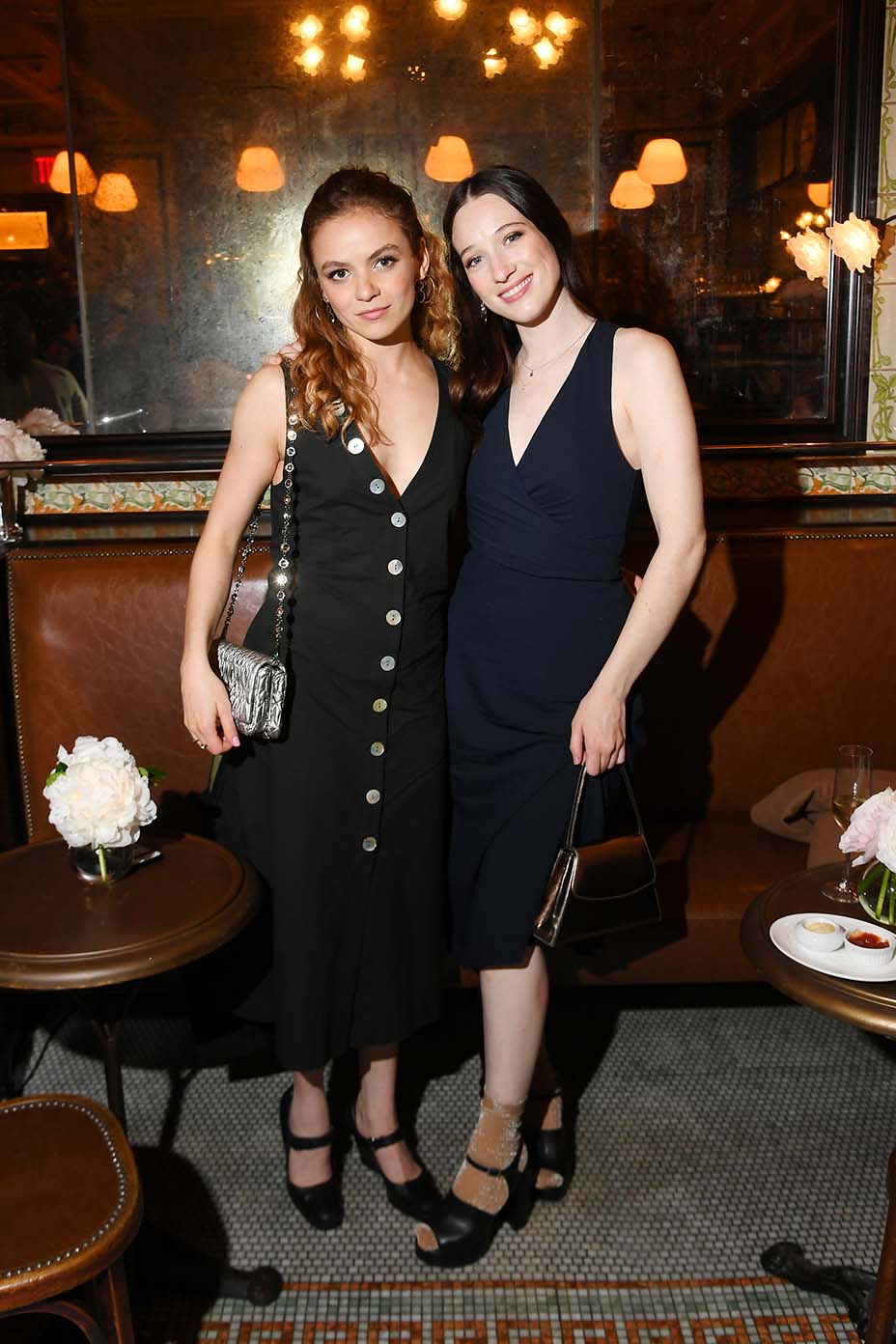 Weinstein pointed to the value of Through Her Lens, a partnership between the Tribeca Film Institute and Chanel, which offers opportunities, funding and mentorships to female writers and directors to assist them with refining and completing their shortform narrative films. “Two of the films [completed with Through Her Lens funds] were accepted at Sundance last year, while others who were in the program have feature films debuting at Tribeca this year,” Weinstein noted. “I’m reminded every day how much dedicated women can have when we work together.”

The women invited to future Through Her Lens luncheons can count on the event continuing to expand, with venues chosen because Chanel execs and Tribeca organizers are confident they can fill them to capacity. “I want this room to be a stadium,” Rosenthal said. “Let’s take over Madison Square Garden in five years.”